(Based on Burmese posts from KACHIN NEWS GROUP in March-April 2021.) 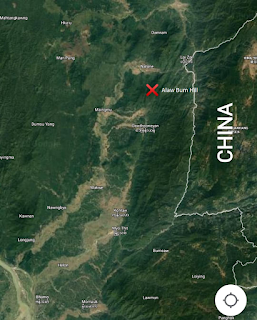 Alaw Bum Hill is a strategically important position controlling the only road between Burmese town of Bamaw and Kachin town of Laiza the Headquarters of KIO and KIA right on the China-Burma borderline. Originally a KIA outpost, Burmese Army fought hard and occupied the hill since early 1990.

But on March-25 this year KIA (Kachin Independence Army) attacked the army garrison there and re-occupied the important hill post. KIA Fifth Brigade’s Battalion-25 and Battalion-30 began the attacks by smashing the Burmese Army forward posts at the base of Alaw Bum Hill at 5:30 p.m. on March-24 and by nightfall at about 10 p.m. they overran the army camps manned by the Burmese troops from LIB-142.

According to KIA spokesman Colonel Nawbu, KIA forces continued their attack uphill the whole night and at about 4 a.m. in March-25 Alaw Bum hill was taken and re-occupied by KIA forces. Company-sized Burmese troops from LIB-387 were wiped out in the battle.

Alaw Bum Hill Post has been an important position for the security of KIA HQ at Liza town as Burma Army’s 105-mm Howitzer guns there can shell the Liza town. The Alaw Bum post was built by British Army during the colonial times and has a landing pad for helicopters which could bring heavy artillery onto the hill.

Forty Burmese soldiers were killed, 15 were captured alive, and assorted arms and equipment were taken by KIA in March 24-25 attacks. Since then Burmese Army has been desperately trying to retake the hill. Army even used Russian-made MIG jet fighters and MI-35 helicopter gunships in the battle. 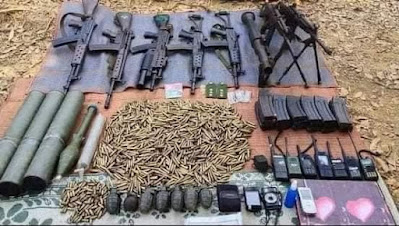 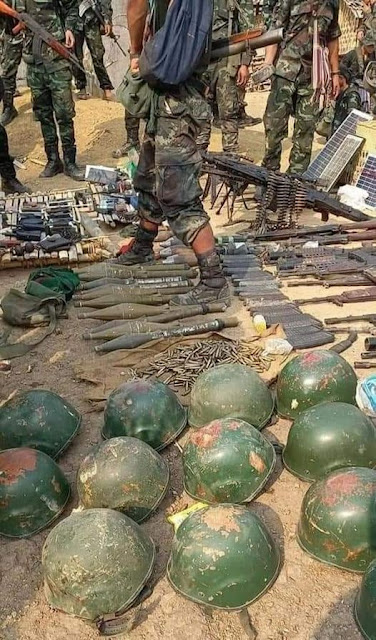 The Army artillery battalion permanently stationed at nearby Naung-Kung Village in Moemauk Township has started shelling the Alaw Bum Hill and surrounding KIA positions on April-10. And on April-11 Burmese Army sent in two light-infantry-battalions of LID-88, LIB-437 and LIB-387, both 300+ strong to take back the Alaw Bum Hill defended by KIA 30th Battalion.

Under the cover of dawn-darkness the offensive started at about 5 a.m. on April-11 with overwhelming forces but the attacking Burmese were repulsed by the Kachin defenders and the battle was over by 12:30 p.m. with heavy casualties on both sides.

Army side lost both battalion commanding officers and only the body of LIB-437 CO was recovered and taken away by a helicopter while the body of LIB-387 CO and the bodies of 30+ dead Burmese soldiers were left on the killing field on the slopes of Alaw Bum Hill. 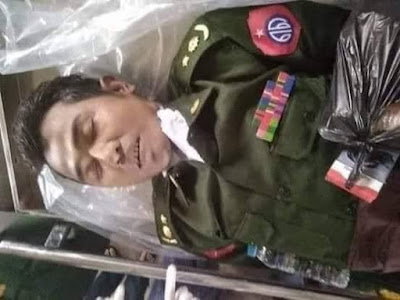 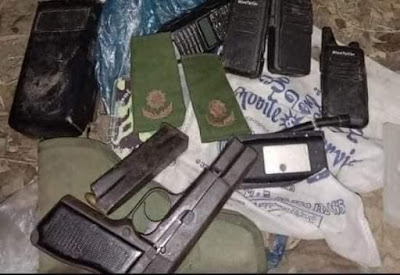 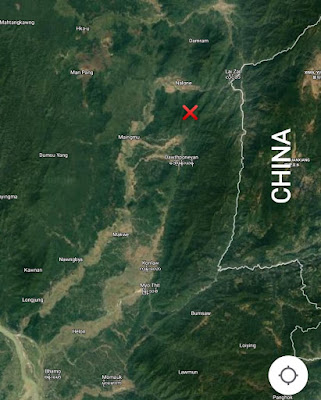 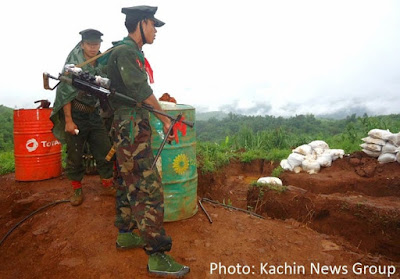 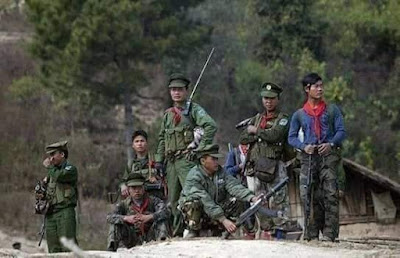 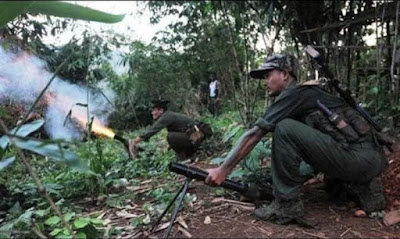 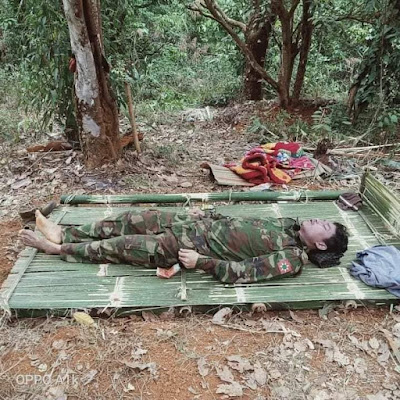 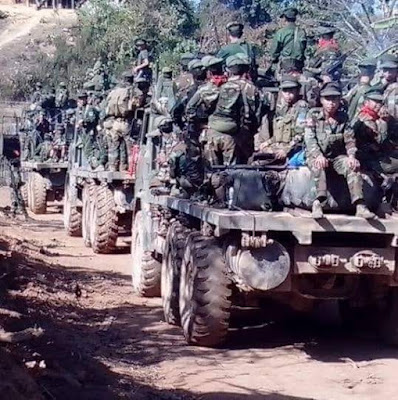 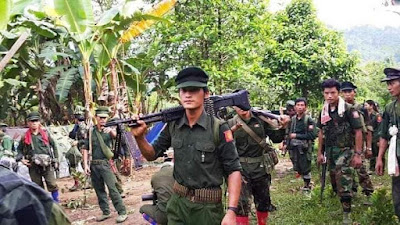 On April-12 Burmese Army sent in again two MIG jets and MI-35 helicopters from the Bamaw Airforce Base to bomb and rocket the Alaw Bum Hill. The fierce battle is still going on as the artillery shelling has intensified. According to KIA spokesman Colonel Nawbu at least 5 artillery shells landed on the Chinese side of the border.

According to the observers Burmese Army is now being dangerously overstretched suppressing the civil unrest caused by the anti-coup protesters all over the country after February-1 Coup. Almost all the elite light infantry divisions are now being deployed in the towns and cities all over Burma and KIA Kachins (Christians) in the North-east and KNU Karens (Christians) in the South-east are taking advantage of the prevailing situations.

Both KIA and KNU has torn up their respective ceasefire agreements with the Army and now raiding and occupying defenseless or weakened frontier towns and villages in the border regions. Only the UWSA Wa and DKBA & BGF Buddhist Karens are staying neutral in this nation-wide fights. 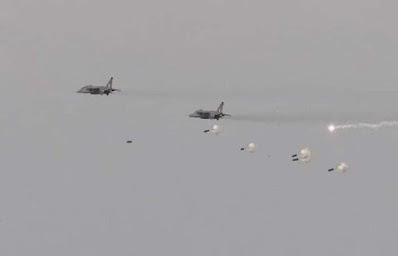 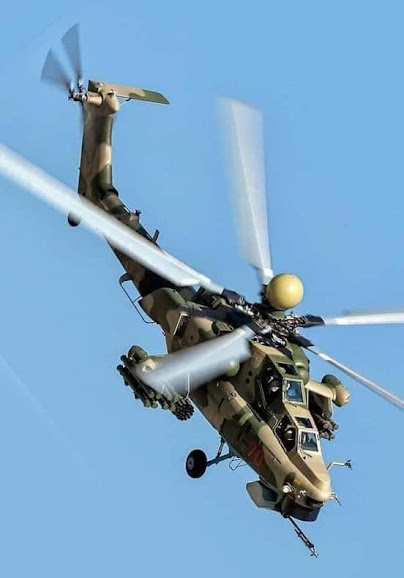 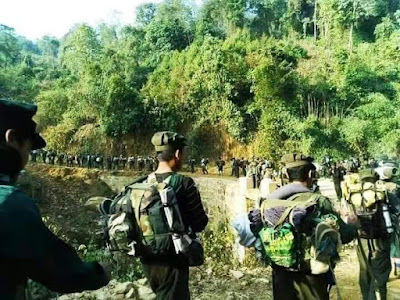 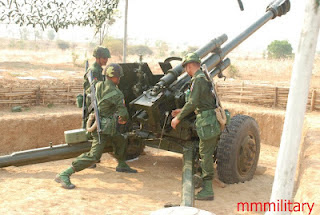