In a statement released on the “Chair NLD” (National League for Democracy) Facebook page hours after she and others were detained by the armed forces, she said the military’s action completely disregarded the ongoing COVID-19 pandemic and was an attempt to reimpose dictatorship upon the country.

“I urge people not to accept the coup by the military, and resist it resoundingly,” Daw Aung San Suu Kyi said in the statement. It appeared the statement had been prepared in advance as a message to the public in the event of a military takeover.

“At the time [you are] reading this [statement], the military has abolished the elected Parliament and government for which the public unanimously voted, ignoring the Constitution they themselves drafted,” she said. Saying that previous coups had impoverished the country, NLD patron U Win Htein said the coup would take the country “back to zero”.

“Oppose it as much as you can in a nonviolent way, as called for by Daw Aung San Suu Kyi. Object through civil disobedience, speak up against their action and do not collaborate with their program,” he said in a video, repeating the party leader’s message. U Win Htein, a former military captain, condemned the coup as the result of military chief Senior General Min Aung Hlaing’s personal ambition for power.

The military hinted at the possibility of a coup in statements last week over the government’s inaction on the armed forces’ claims of electoral fraud in the November general election, in which the military’s proxy party experienced another defeat at the hands of the NLD.

After the military announced its seizure of power early Monday morning, many people including taxi drivers, shop owners, pedestrians, older residents and company employees could be seen on the streets of Yangon’s townships voicing their shock at the military’s actions. After internet access was restored in Myanmar’s towns in the afternoon, many netizens took to social media to show their support for the elected government.

The military has announced it will rerun the election and hand power to the winner after implementing emergency measures. 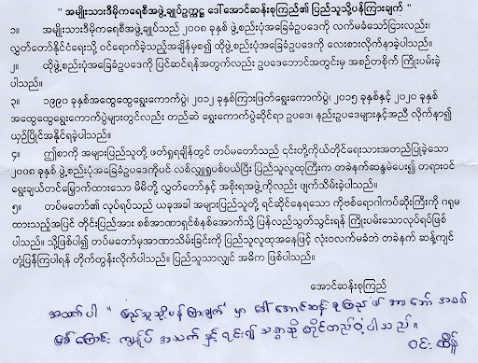 NLD Chair ASSK’s Command To People Of Burma To Resist

1. Despite our NLD’s refusal to accept the 2008 Constitution, we respectfully follow that constitution since we entered the parliamentary politics.

2. Within the existing framework of constitutional laws, NLD has consistently tried to reform that 2008 Constitution, without success.

4. By the time this letter is being read by the people of Burma, Tatmadaw (Burmese Miitary) has completely ignored their own 2008 Constitution, staged a violent coup, terminated our Huttaw (Parliaments), and removed our NLD Government which was lawfully and resoundingly elected by the people of Burma in a landslide win.

5. This illegal action of Tatmadaw, ignoring the horrifying global COVID Pandemic, is the attempt to enslave our people under the military dictatorship again. Thus, I encourage our people to reject the military coup and totally resist the Tatmadaw. Our people are our only strength and the nation’s hope! 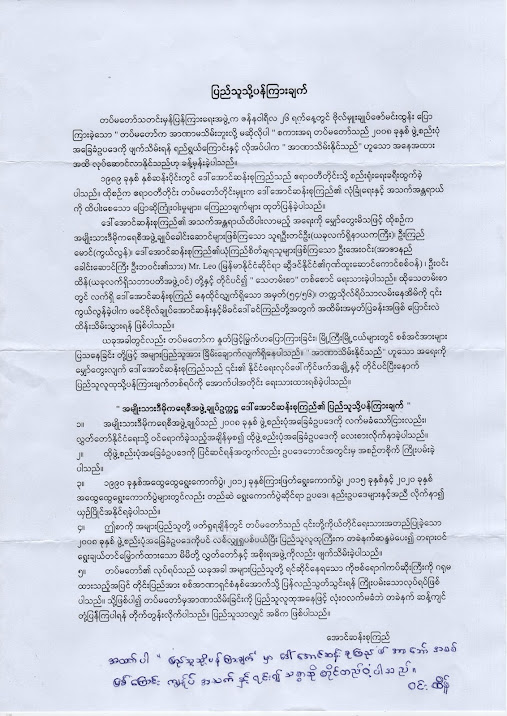 (Blogger's Notes: Many political pundits inside Burma are now pointing out the obvious fact that ASSK has lured and successfully trapped the Tatmadaw, led by that fool MAH, onto the road to self-destruction by sacrificing herself like in a typical Queen-Sacrifice-Checkmate Chess Move. At the ripe-old age of 75 she has nothing to lose and everything to win for her beloved Burma.
She has already known she will never be able to reform the hated 2008 Constitution in her lifetime even with a super majority in the Hluttaw. But by sacrificing herself, despite the imminent threat of military coup in MAH's Jan-28 letter demanding re-counts, she managed to force MAH into foolishly staging the February-1 coup and killing so many protesting youths who have followed their Mother-Suu's command in her last letter to resist the military.
Now Min Aung Hlaing is the most hated man and his army is the most hated institution in Burma. And her NLD's CRPH (Committee Representing Pyidaungsuu Hluttaw) has successfully abolished the hated 2008 Constitution, isolated the Tatmadaw from the international community, managed to begin the formation of Federal Union and Federal Army, and the eventual destruction of Fascist Tatmadaw.) 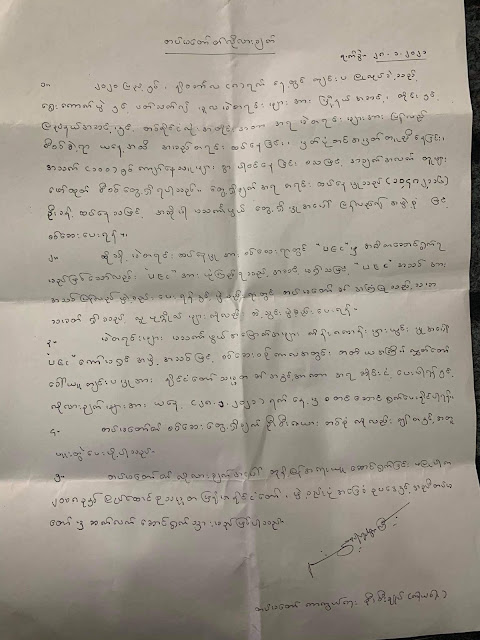 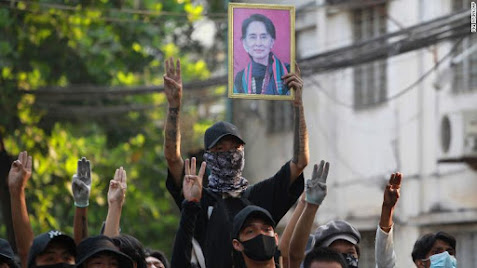