Allegra Mendelson In Burma With CNN?

(Allegra Mendelson’s article from the WASHINGTON POST on April 9, 2021.) 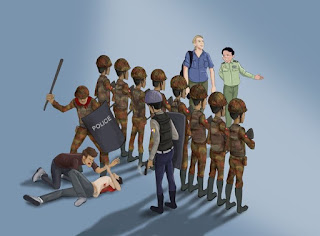 YANGON, Myanmar — "Why don't you come see for yourself?" asked the foreign lobbyist who had recently been hired by Myanmar's new military junta. Ari Ben-Menashe and I had been speaking for a separate article I was writing on Southeast Asian nations’ involvement in Myanmar.

Working for the military regime that ousted the elected government in February, he belittled the size of anti-coup protests and said he wanted me to see the situation firsthand. I was skeptical but intrigued by the proposal — and it was the only way a foreign reporter could get into Myanmar.

Ben-Menashe, a Canadian-Israeli public relations operative, is known for representing regimes no one else will touch, including those of onetime Zimbabwe strongman Robert Mugabe and Sudan’s new military leaders.

A few days later, after I sent over a copy of my passport, he called to say my request had been submitted to the “highest of levels” of Myanmar’s military regime. By March 25, I had a ­single-entry business visa, and would become one of four Western journalists to participate in the junta’s first attempt at international outreach since the coup.

The week-long trip, which I made alongside a crew from CNN, became a clumsy attempt by the regime to remake its global image. As in its effort to whitewash a scorched-earth campaign against Rohingya Muslims, the Myanmar military is turning to propaganda, as the world condemns it for a crackdown on ­protesters in which more than 600 people have been killed.

I landed in Yangon on March 30 on a relief flight from South Korea. I had been expecting a handful of aid workers on the plane. Instead it was nearly full, occupied by people from Myanmar — some repatriating to reunite with family, others to stand in solidarity with the protest movement.

Even before I entered Myanmar, it was clear that this wasn’t a normal assignment. Ben-Menashe, or his assistant, would call me regularly in the lead-up to the trip to reprimand me for asking questions about the itinerary or safety protocols. “Why don’t you listen when I speak?” Ben-Menashe growled at me during one particularly angry call. “Are you a child? Do you need permission from your parents?”

Then, from the moment we landed in Yangon, we were barred from moving around freely. I corresponded digitally with high caution, using only a burner phone connected to a VPN, concerned that all communications were closely monitored. It didn’t matter in the end: After our first day in Yangon, WiFi across the city was turned off, probably to limit what we could share online.

We were escorted around Yangon by soldiers — first in ­uniform, then later in civilian clothing. For the duration of our trip, these escorts monitored our every move, with cameras and phones raised to record us. They even tried following us into bathrooms at times. Our military liaison told me this was for “our own safety,” to protect us against the “violators,” the term used by the military to refer to the protesters. 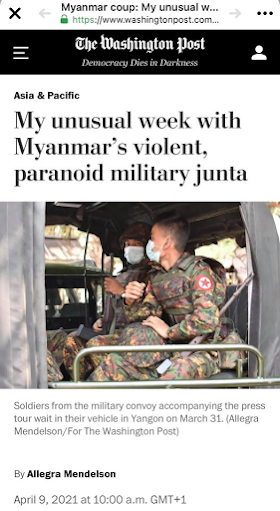 It was also clear that the military wanted to claim transparency by showcasing the presence of international media. When we tried to photograph our military handlers, however, they would turn their heads. Attachment to this trip was not something that Defense Ministry staffers seemed to want recorded. After a photo of one of our minders was posted on Facebook, he was pulled from our convoy.

The caravan of soldiers immediately aroused suspicion among those we drove past. I managed to remain anonymous, but news of CNN’s presence quickly made international headlines. On our first two days, we were taken to locations carefully selected to showcase instances of violence on the part of protesters.

Myanmar’s demonstrators have been overwhelmingly peaceful, but some have turned to more-radical action they ­believe is necessary to counter bloodshed by the military. We visited three township administration offices in northern Yangon, as well as several of the factories that had been reportedly burned down by protesters. This included the Gadamar Superstore in Mayangone township in Yangon, still smoking when we arrived.

At each stop, we were met by individuals with seemingly rehearsed tales of being attacked or defamed by protesters. The stories were often hard to believe, with changing timelines and little evidence. In several instances, the language employed, especially the use of the phrase “human rights violations,” seemed crafted to appeal to our sensibilities as foreign reporters.

On our last day in Yangon, we were taken to 10-Mile Market in Insein township and were finally exposed to a scene that more closely resembled the truth. Shortly after we arrived, a rumble of noise began. Within seconds, the previously quiet street was filled with the sound of people banging on pots and pans, an act of anti-military disobedience that had become common across Myanmar since the coup. I looked around as the noise grew and saw that nearly everyone in sight was holding up the three-finger salute that has become a symbol of the protest movement.

A man stopped in front of me and explained what they were doing. “We beat the drums against the military coup — this is our symbol. All Myanmar people don’t like the military coup; they want an elected government — the government of Aung San Suu Kyi,” said the 60-year-old retired seaman, referring to the ousted civilian leader.

A young woman approached as we were leaving and began to cry as she told me about what was unfolding in her country. She knew the risk in speaking with me, but said it was more ­important for her to share her truth. Both she and the man spoke on the condition of anonymity because of safety concerns. “Please help us, we really need it,” the young woman said. “They are covering up the truth. The military wants to show fake news to the world.” 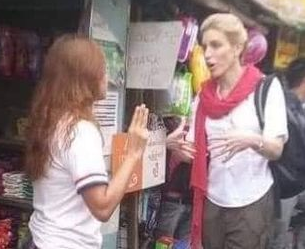 Soon after we left the market, we learned that two people who had spoken to the CNN crew had been arrested. This number would increase to 11 as the trip went on; most were eventually released. According to Ben-Menashe, even the military was upset by the arrests, because they overshadowed the rest of the tour. “They shouldn’t have been ­arrested in the first place,” Ben-Menashe said. “It was a local idiot cop that did it, and when the higher-ups learned about it, they were immediately released.”

After Yangon, we drove to Naypyidaw, Myanmar’s ghost-town capital that, even pre-coup, had a dystopian air. Fog rolled in as we drove down a 12-lane highway. It was still the dry season in Myanmar, yet a storm had descended on the capital and it was raining heavily.

Our time in Naypyidaw had been planned around an interview with the military’s spokesman, Maj. Gen. Zaw Min Tun, who maintained the false justification for deadly violence against protesters that had been repeated to us throughout the tour. We repeatedly asked our ­liaison and Ben-Menashe to speak with other members of the military, especially those at the highest levels; each request was denied or went unanswered.

“The protesters, in violent manners, have blocked the streets and thrown stones at the police,” said Zaw Min Tun. “At this time, we had to take necessary action against these violent protesters.”

By the end of the trip, the news of those detained for speaking to CNN dominated the narrative, rather than the military’s version of events. For me, what remains most poignant is the voices of people who spoke out against the regime — in person, from balconies, in cars and online. “Please report back our real stories,” one woman cried out to us. 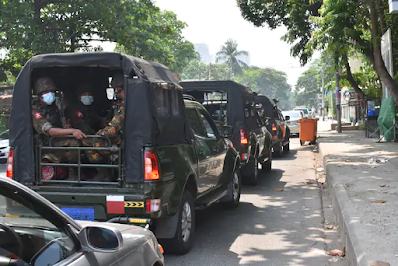 Ari Ben-Menashe and his firm Dickens & Madson Canada will represent Myanmar's military rulers in the US and try to convince Washington that Myanmar's generals wanted to move closer to the West and away from China.

An Israeli-Canadian lobbyist hired by Myanmar's junta will be paid $2 million to "assist in explaining the real situation" of the army's coup to the United States and other countries, documents filed with the US government have shown.

Ari Ben-Menashe and his firm, Dickens & Madson Canada, will represent Myanmar's military government in Washington, and lobby Saudi Arabia, the United Arab Emirates, Israel and Russia, as well as international bodies like the United Nations, according to a consultancy agreement.

The Montreal-based firm will "assist the devising and execution of policies for the beneficial development of the Republic of the Union of Myanmar, and also to assist in explaining the real situation in the Country," read the agreement, submitted on Monday to the Justice Department as part of compliance with the US Foreign Agents Registration Act. 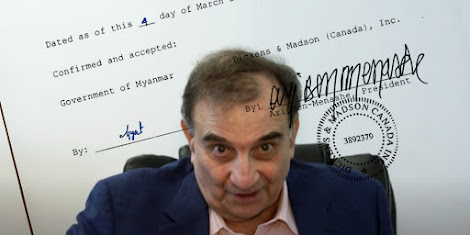 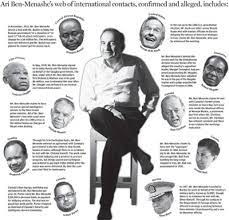