(This post is translation of news articles from the Eleven Media Group.) 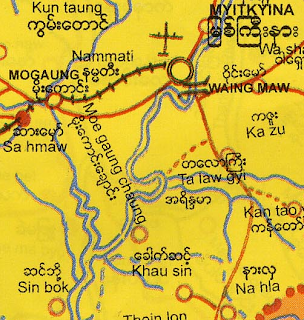 The indigenous Shans living along the Irrawaddy River in Kachin State are forming Burmese-government-supported People Militia (Pyi-thu-sit) units to fight back the KIA whose field units have been terrorising them for years and years since 1962 when Baptist-controlled KIA was founded.


From Myitkyinar all the way down the river to the big Shan village of Sinbo the land has been inhabited by mainly Red Shans (Shan Ni) and these Shan Ni villages bore the brunt of KIA’s protection-money-collection and forced-recruitment of cannon fodders to fight the Burmese for KIA.

Now they said enough is enough and they are arming themselves and fighting back the KIA Kachins with the help from Burmese Army.

Tarlawgyi village was the first ever Shan-ni village to form a village People Militia unit which was formed in May 2012. To expand the existing militia unit the People Militia Training Number-2 was started on January 5 this year at Tarlawgyi Village on the bank of River Irrawaddy.

“Over 200 men attended the first batch. This second batch has more than 320. Not just people from Tarlawgyi, people from nearby Old-Khaung-phu and New-Khaung-phu and Sankin villages too,” commented enthusiastically U San Wai the Chairman of Tarlawgyi People Militia Unit. 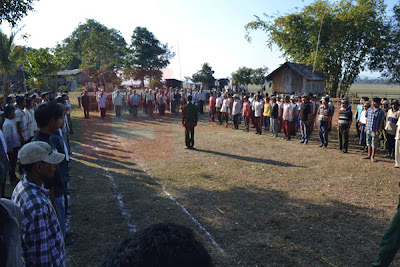 Basic military training has been provided by the soldiers of IB-37 from Myitkyinar and once the training is over all the qualified attendees will be provided with small arms from Burma Army Northern Command. First batch has already been armed with more than 50 automatic rifles and over 6,000 rounds of ammunition.

“We do not force our youth to join and arm and fight. We just told them we have been put in shit by KIA since 1962. What you boys should do is in your hands. We’re old now and the responsibility to protect our village is in you boys’ hands. You boys decide what you should do. After that they decided to join the village militia,” added U San Wai.

The whole Talawgyi region including the village of Talawgyi has been a Shan-ni ethnic region in the Kachin State. Traditionally the ruthless KIA has been raiding the Shan-ni villages for food, so-called protection-money, young women for their pleasure, and new force-recruits to die for them.

Current militia training in Tarlawgyi will last for two weeks minimum and in addition to the villages along the Irrawaddy other Shan-ni villages on the adjacent plains and valleys in Kachin Land are also establishing their own people militia units with the help from Burmese army. 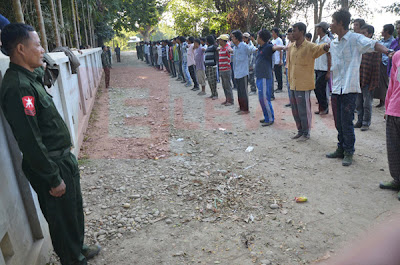 They specifically targeted KIA (Kachin Independence Army) insurgents as ruthless thugs collecting so-called protection money from them, kidnapping their youth as forced-recruits, forcing the old and women and children as human-shields against Army, planting land-mines near Shan-ni villages, and raping the Shan-ni women. 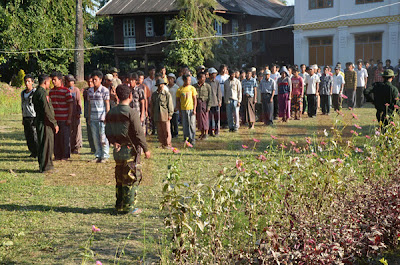 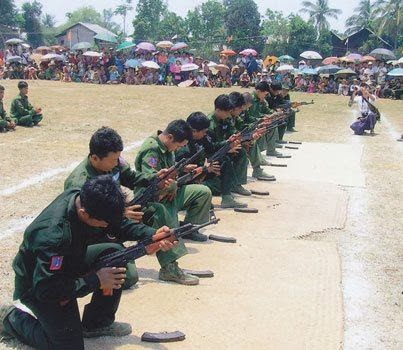 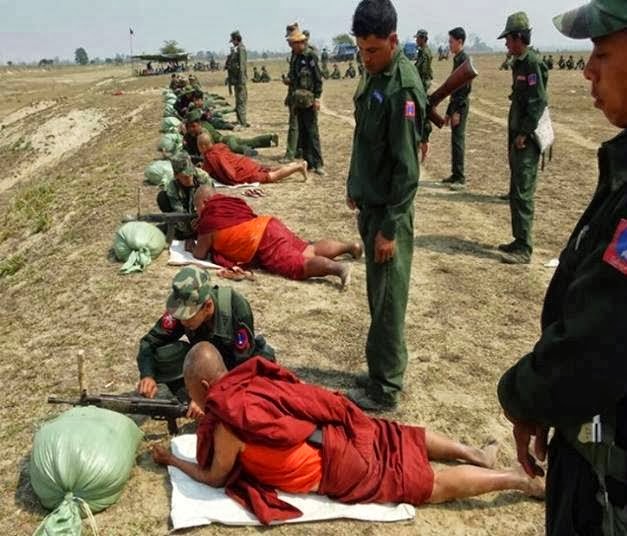 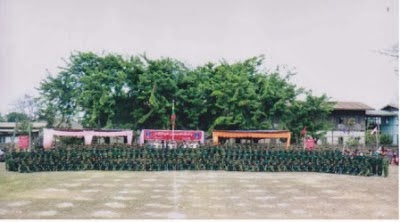