(This post is translation of news articles from the Burmese Newspapers.) 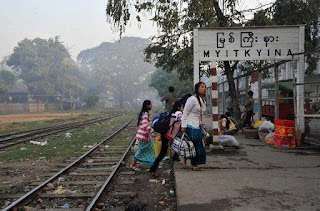 According to the Burmese newspapers a brother and sister team of KIA’s would be suicide-bombers were captured on the daily Myitkyinar-Mandalay diesel train on 13 January this year.

Two Kachin siblings Ngaik-ngo-hlyan (F-17) and Phaw-kan-branseng (M-15) were arrested by the local security agents on the train at Myitkyinar Station just before the train left for Mandalay.

Five timed-explosive devices (not-yet-assembled) and five more remote-control bombs were found on their bodies and luggage.

During the interrogations both boy and girl admitted that they have 5 family members and all have been kidnapped by the men of KIA Eight Battalion Fourth Brigade on 5 November 2012 after being accused of informing KIA activities near their home village to the Burmese Army.

The whole family was then handed to Zay Zaung (a) La Zaung the Brigade Commander of KIA Special Brigade which has been blowing up passenger trains, power lines, and other civilian targets. There the two siblings were picked up and given one-week-long explosive trainings and sent to Mandalay then Naypyidaw to blow up government ministers.

They also told their interrogators that their father, mother, and baby sister being kept at the KIA Special Brigade as hostages would be executed once KIA found out about their capture at Myitkyinar train station. 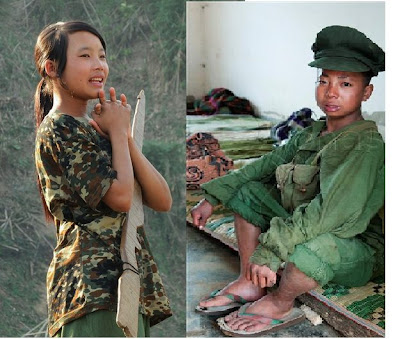