(This post is Luke Mogelson’s “Najiba” direct from the New York Times Magazine.)

SHE CROUCHES AT THE BANK OF A RIVER, a shawl wrapped around her head and shoulders. Behind her, men crowd a steep hillside and stand on rooftops and mud walls. Several hold up cellphones to record what is about to happen. The girl seems to look across the river, at a grove of lush trees that shade the far bank.

Flanked by her husband and father-in-law, a man with a long black beard recites a passage from the Koran condemning adultery. “It is the will of God that we remove this stain from society,” he says. “This girl is the wife of Jumma Khan, and he has the right to decide whether he will fulfill God’s will.”

Jumma, a laborer in his early 20s, dressed all in white, seems uncertain. “Give it to him,” a man says, and someone thrusts forward an AK-47.


“Shoot her! Shoot her!” yell several of the spectators on the hill.

Jumma approaches the girl tentatively. Clearly he is not accustomed to carrying a weapon. He stops, looks back.

He walks to within a couple of feet of her, points the muzzle at the back of her head. Until now, the girl hasn’t moved. But when someone yells “Allahu akbar!” she seems to realize that nothing will stop what is coming. It is as if, until this moment, she preserved some modicum of faith in her husband. Now she abruptly raises her hands and buries her face in them. 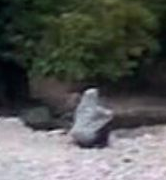 Her name is Najiba. She comes from the Shinwari District of northern Afghanistan’s Parwan Province. Her village sits deep in a narrow mountain valley called Qola-e Aire: one of many that branch off a much larger valley called Ghorband. Najiba is one of 13 children. Her father, Sahib Gul, tends a small orchard of walnut, almond and mulberry trees. Every three or four months, Sahib Gul hires a car and takes a few bushels of his meager harvest to sell at the bazaar in the provincial capital. It’s not a lucrative enterprise. Especially during winter, when the trees freeze and heavy snows seal the valley, his family is used to wanting.

This is why when Najiba, the thirdborn, exhibited at an early age an uncommon talent for sewing and embroidery, Sahib Gul put her to work. Never had he seen a girl so young run a needle so dexterously. Soon he was taking his daughter’s crafts — snuff tins and picture frames and miniature mirrors ornamented with colorful beads and needlepoint — to the bazaar to hawk alongside his nuts and berries.

Najiba was, everyone agreed, the prettiest girl in Qola-e Aire. Maybe even all Shinwari. Moreover, she was reputed to be exceptionally devout. It was said she prayed constantly.

Najiba received her first proposal when she was 13. Others followed, at least five, before Jumma Khan’s. Whereas previous suitors came from distant villages, unfamiliar families, Sahib Gul had known Jumma’s father Mustafa for decades. It seemed a good match. Najiba was already 16 and Jumma only 22; the relatives got on well; and Mustafa owned two wheat mills whose flour earned him and his sons more income than most. He offered to pay Sahib Gul $10,000 at a time when the going rate for a wife in their area was $6,000. 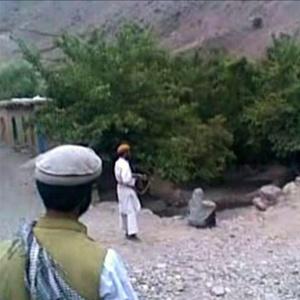 They were married in the fall, before the first snow, when the air was crisp and bright leaves still colored the woods. When Najiba moved into Jumma’s house, which he shared with his parents and his five brothers and their wives, she had to give up embroidery, devoting her time instead to making their new home. She sewed bedding and pillows, cooked for her in-laws, took care of the sheep and cattle. Because he worked as a day laborer on construction jobs in the city, Jumma was often away. Sometimes he would be gone for weeks at a stretch.

Though Ghorband is less than 50 miles northwest of Kabul, most of the valley today remains as isolated from the government and international presence as any of the remotest corners of Afghanistan. When Najiba and Jumma married in the autumn of 2010, however, the police and army were still at least able to go to Qola-e Aire during the day. The Taliban, during that time, owned only the highlands and the night.

But shortly after Najiba moved in with Jumma, the number of insurgents in Qola-e Aire increased significantly. Soon they were in the villages, roaming openly with weapons at all hours. The response of the Afghan security forces was to cede the valley entirely to Taliban control.

There are several conflicting stories that purport to explain how this situation led to Najiba’s death. One of them goes like this:

Taliban’s Kidnap and Rape of Najiba

One night, while Jumma was away, a young midlevel Taliban commander named Qader entered Najiba’s room and forced her to come with him to his own house deeper in the mountains, where he confined and raped her. According to this version of events, while Najiba was being held captive, two of Qader’s superiors — an older Taliban commander named Abdul Khaliq and the Taliban’s shadow governor for the Shinwari District, Maezer Khan — visited his house on numerous occasions and raped Najiba as well.

When he heard that Najiba was missing, Jumma immediately returned from Kabul. For weeks, he searched for his wife, but no one knew where she had gone. About a month and a half after Najiba disappeared, one of Qader’s neighbors, an elderly woman, spotted her in the house. She promptly told several local men, who formed a mob and went to Qader’s. Discovering Najiba, they demanded an explanation. She told them she was abducted by Qader and raped by Maezer Khan and Abdul Khaliq.

Khan and Khaliq, when confronted with Najiba’s accusations, advanced a counternarrative: Qader and Najiba were consensual adulterers, and Najiba was lying to protect herself. They must both be executed.

Khan and Khaliq went to Qader’s house and killed him. Then they took Najiba to Jumma’s village, where they triumphantly informed him that they had rescued his wife from the clutches of her seducer. Khan and Khaliq had administered justice for Qader; now it was Jumma’s turn to do the same for Najiba. 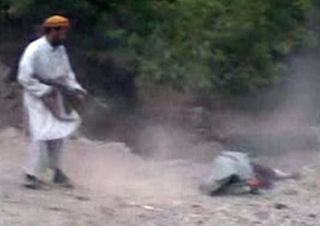 Or so the story goes. There are other variations of the tale, some portraying Najiba as an eloper in love, others as a captive. Whatever the circumstances leading up to it, however, Najiba’s execution was in many ways unremarkable. Recent reports indicate that each month more than 10 Afghan women die similar — and often grislier — deaths. At least Najiba’s came with a bullet and not a boot or blade.

What made Najiba unique was the fact that her murder was recorded — and that Reuters obtained the video and published it online this July. Within days, it was circulating the Internet, spurring protests in Afghanistan and headlines in foreign newspapers. Whether this flurry of attention on women’s rights in Afghanistan will result in any kind of longer-term action remains to be seen.

What appears far more certain is that Najiba will receive no justice. After killing her, Jumma is believed to have joined the Taliban, and villagers say he now serves as Abdul Khaliq’s personal bodyguard. (They also identify Khaliq as the man at the beginning of the video who recites from the Koran.) Today both men are said to live freely in Qola-e Aire. The police claim it is too dangerous to go there and arrest them.

Taliban’s Execution of Najiba According to Sharia Law

Even though Jumma stands only a couple of feet behind Najiba, the first two bullets miss, kicking up the dirt in front of her. She remains perfectly still, keeps her head bowed in her hands. The third bullet flips her backward. Her shawl is thrown loose, and she lies on her side in the dirt. Most eerily, Najiba’s face has become exposed and she seems to stare at the men on the hill. 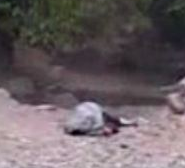 But it is not enough. Someone calls out, “Long live the hero!” to which the rest of the crowd responds: “Long live! Long live!”

Jumma approaches Najiba, holding the AK-47 out in front of him until it nearly touches her bullet-riddled body — as if he is nudging with a stick something that might bite him. He shoots her again.

“Shoot her in the head,” someone suggests.

The video ends there. The crowd of men gradually disperses, leaving Najiba where she lies. She remains there until her family comes to collect her. It is growing dark by then. Only when they get close do they see that someone has pulled up Najiba’s shawl, in order to cover her face.