(This post is news article direct from the CNN site.) 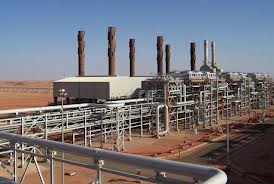 (CNN) -- Islamists attacked a gas field in eastern Algeria, killing two people and seizing hostages, including Westerners, Algeria's interior minister said Wednesday. The incident may be linked to France's military support for the government of nearby Mali, according to reports from the region.

The Westerners, accompanied by Algerian security forces, were en route to In Amenas Airport when they were attacked early in the morning by a group of no more than 20 people, the official, Diho Weld Qabliyeh, told Algerian state television.

U.S. State Department spokeswoman Victoria Nuland said Americans were among the hostages. Accounts over the number differed. An Algerian and a Westerner were killed in the attack, and two other Westerners, two of the security forces and two guards from the base were wounded, Qabliyeh said.

A spokesperson for Britain's Foreign Office, citing the Algerian government, said a British national was among the dead. British Foreign Minister William Hague, speaking in Sydney, Australia, said the captives included "a number of British nationals." Hague said the Foreign Office had sent a "rapid deployment team" to Algiers to beef up staffing at the embassy. 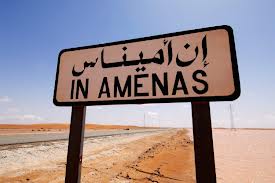 The group has issued demands, but they elicited no response, Qabliyeh said. "The authorities do not negotiate, no negotiations; we have received their demands, but we didn't respond to them," he added.

A Mauritanian news agency, Al Akhbar, said the attackers demanded in a news release an end to "brutal aggression on our people in Mali." It cited "blatant intervention of the French crusader forces in Mali" and accused the world of having left Syria's people "groaning under the pressure of the butcher" President Bashar al-Assad.

The news release said they chose to carry out the operation in Algeria because the country's president, Abdelaziz Bouteflika, had allowed French military forces to cross Algerian air space in attacking Mali.

A U.S. official was skeptical. "The level of planning suggests that this was in train before the French overflights ever took place," the official said. That view was echoed by another U.S. official, who told CNN's Erin Burnett that, "as of now, the attack appeared organized," not put together quickly or opportunistic.

The official said it was likely that the attackers had cited Algeria's opening of its air space to French fighters as the reason for the attack to protect their operational methods and make the attack appear spontaneous. The news release put the number of hostages at "more than 40," including seven Americans, two French, two British and a number of other Europeans.

An Islamist group claiming responsibility for the attack told the Mauritanian News Agency and Sahara Media that 41 "Westerners including seven Americans, (as well as) French, British and Japanese citizens have been taken hostage." But the real number of U.S. hostages could be as few as three, two U.S. officials said Wednesday.

The Algerian Press Service, citing a source from the provincial administration of Illizi, reported that "a little more than 20 foreign nationals are held hostage."

Defense Secretary Leon Panetta, in Europe meeting with NATO allies, called the incident "a terrorist attack." Nine or 10 Americans were working at the site, and U.S. officials were trying to determine who had been abducted, a State Department official told CNN.

The source said the abductors were demanding that members of their group being held prisoner be released and sent to northern Mali. The official was not clear about where the prisoners were.

"The first priority is to gain understanding of what is happening," a senior U.S. official with direct knowledge of the matter said. "We are working on ways to improve that now."

The official added that a Special Operations team -- the Commanders In-extremis Force -- "is on a very short string." He said that "another important piece will be for Libya to really lock down the nearby border on their side," so personnel and weapons cannot get through.

A U.S. official said the capability existed "to see the area" around the facility and that the ability to monitor the situation will "improve soon."

The CIF unit is prepared to move within four hours of being ordered to do so, a U.S. defense official told CNN. The official said that, before the hostage incident, the unit had been headed to Senegal, where it was to be on standby for missions in Mali, but that it may now move elsewhere.

A second U.S. official said that any operation would take time to unfold. "This is not the type of mission that you plan and execute overnight, it's just not," the official said. "We don't know specifically how many militants or hostages there are. But with so little information, if you're talking dozens of militants and up to 40 hostages, I don't see how you go in without killing half the hostages."

The second official said that Marine Corps' Fleet Antiterrorism Security Teams would be deployed only to augment security at any nearby embassies. None is under threat. They would not be deployed for field operations in any rescue attempt, the official said.

The Pentagon's Africa Command is taking the military lead on the matter, and the State Department and FBI are the lead agencies in contact with the Algerian government, a Defense official said.

The official said commanders have assets "not too far away," including aircraft from the Air Force's base in Aviano, Italy, and a Marine Corps FAST team in Sigonella, Italy. Any action would need to be approved by Algeria, "which is more than just a formality," the official said.

A spokesman for the group -- whose name means "those who sign with blood" -- said that jihadists controlled the plant. Saying that the operation was an act of revenge against Algeria, the spokesman said 400 Algerian soldiers were on the site "who have not been targeted by jihadists."

A spokesman for the Norwegian Prime Minister's office told CNN that "13 Norwegians, all employees of Statoil, are involved in the incident at Amenas gas field in Algeria." The UK Foreign Office said British nationals were caught up in the incident.

Ireland's foreign minister said there were reports that an Irish citizen was involved; the office of the French president refused comment on reports that French citizens were among the hostages.

Oil giant BP, which operates the In Amenas field in a joint venture with Sonatrac, the Algerian national oil company, and Norway's Statoil, said it was attacked by "unidentified armed people" who were occupying the site.

Statoil Executive Vice President Lars Christian Bacher said 17 of its employees -- 13 of them Norwegian -- were in or around the facility at the time of the attack. "We have received information that five of the 17 are brought to safety in a military camp in the area," he said in a statement.

Four are Norwegian and one is a Canadian resident; two people were injured and have received medical treatment, he said. The gas field lies about 60 kilometers west of the Libyan border and some 1,300 kilometers from the capital, Algiers, BP said. 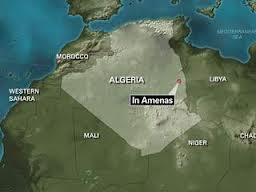 The attack comes four days after Libyan, Algerian and Tunisian prime ministers reached security agreements during a summit in Libya, where they agreed to work together against terrorist threats.

In a statement, Rep. Ed Royce, R-California, called the attack "the latest demonstration of a large and growing radical movement across North Africa" and said the French "have acted appropriately" in intervening in Mali.

"Al-Qaeda in the Islamic Maghreb and its offshoots have been conducting regular kidnappings for years -- financing much of its operations through ransoms, earning millions," the chairman of the House Foreign Affairs Committee said.

"The network has planted deep roots in Europe. In recent years, cells have been broken up by authorities in France, Germany, Italy, Spain and Switzerland. In Mali, its brethren are imposing the strictest interpretation of Islamic law -- banning music and chopping off limbs. Large amounts of weapons are flowing into the region." 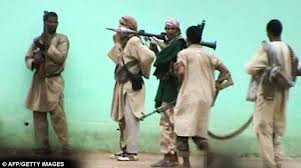