(The press release direct from the Paris Club the informal group of rich nations.) 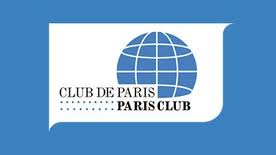 THE PARIS CLUB AND THE REPUBLIC OF THE UNION OF MYANMAR AGREE ON A CANCELLATION OF USD 5,925 MILLION.

The delegation of the Republic of the Union of Myanmar described the economic and social challenges faced by the country during the current transition process and presented the main measures, included in the program of the Government and supported by the Staff Monitored Program (SMP) with the International Monetary Fund, aimed at maintaining macroeconomic stability while creating the institutions necessary to manage a rapidly changing economy and at achieving inclusive and sustainable economic growth.

The representatives of the Creditor Countries, aware of the exceptional situation of the Republic of the Union of Myanmar and of the presence of arrears that puts the Republic of the Union of Myanmar in debt distress, agreed on a debt treatment to ensure its long term debt sustainability. To this end, once multilateral arrears have been cleared, representatives other than that of Japan will recommend that their Governments deliver an exceptional treatment providing a cancellation of 50% of the total of arrears due to Paris Club creditors in nominal terms in two phases. The remaining amounts will be rescheduled over 15 years, including a 7-year grace period.

Moreover, Norway has committed to an exceptional full outright cancellation of its claims. In total this combined effort results in a reduction of net present value of more than 60%. As regards Japan, exceptional cancellation and rescheduling of claims will be provided.

Paris Club creditors noted the Republic of the Union of Myanmar’s commitment to meet its external financial obligations with all its creditors, multilateral, bilateral and commercial.

1. The Paris Club was formed in 1956. It is an informal group of creditor governments from major industrialized countries.

2. The members of the Paris Club which participated in the reorganization of the Republic of the Union of Myanmar’s debt were representatives of the governments of Austria, Canada, Denmark, Finland, France, Germany, Italy, Japan, the Netherlands, Norway and the United Kingdom.

Observers at the meeting were representatives of the governments of Australia, Belgium, Korea, the Russian Federation, Spain, Sweden, Switzerland and the United States of America, as well as the International Monetary Fund (IMF), the International Development Association (IDA), the Asian Development Bank and the Secretariat of the UNCTAD.

3. The delegation of the Republic of the Union of Myanmar was headed by Mr. Win Shein, Union Minister, Minister of Finance and Revenue. The meeting was chaired by Mr. Ramon Fernandez, Chairman of the Paris Club.
Technical notes

1. The Republic of the Union of Myanmar’s economic program is supported by a Staff Monitored Program with the International Monetary Fund (IMF).

(Burmese delegation led by Finance and Revenue minister U Win Shein arrived Paris on 22 January to attend the meeting for the forgiveness of Burmese debt. Burmese side first explained in details the political and economic reforms currently going on in their country and submitted their proposal for debt forgiveness.

As the final result Burma has achieved the forgiveness of 60% (6.192 billion US Dollars) of her external debts from  the debt relieve program of the Paris Club and the debt relief programs from both Norway and Japan.)
Posted by Hla Oo at 12:01 PM