(This post is translation of news articles from various Burmese Language Blogs.) 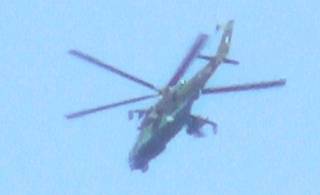 The crucial Lajaryan range defended by 500 strong KIA and ABSDF insurgents have fallen into the hands of attacking Burmese forces on 30 December 2012. The last defending post fell at noon that day.


About fifty bodies of insurgents were discovered inside the post and army captured assorted weapons and massive amount of explosives and mines. Forty wounded prisoners have also surrendered to the army and at present been receiving necessary medical treatment from the army medical corps.

Most of the surrendered and killed were Shan forced-recruits without appropriate trainings and resources to fight off a major offensive by the disciplined and battle-hardened troops of Burma army. According to a senior army officer the captured KIA post was overlooking the Laiza on the border and the KIA headquarters buildings can be seen clearly from there.


He also added that Burma army is avoiding attacks on the civilian areas in the KIA-controlled territory.

The KIA troops we’re facing now are mostly young Shan boys and girls forcibly recruited from the villages just last month or two and given a week or two of basic military training. And KIA sent these child soldiers up to the frontline to get shot to pieces by us,” said the same senior officer.
He stated that KIA Kachin leadership and most KIA Kachins have cowardly abandoned their Shan troops and already moved into safer China.
Concerning the KIA accusations on the internet of army attacking and killing civilian refugees he replied, “The photos of so-called refugees are all KIA fighters and those young forced-recruits. Some they didn’t even take of their uniforms. All KIA’s propagandas and bullshits.”


Operation Thunderbolt
According to the new-year day’s night broadcast of army TV station Myawaddy KIA’s Lajaryan last stand, Hill-771, was taken by the troops with air-support on 30 December 2012. Army has captured from the Hill-771 one Chinese-made 120 mm mortar, one 60 mm mortar, 13 assorted small arms, 500 Chinese hand-grenades, 270 assorted mortar shells, 52 assorted land-mines, 4000 bullets, and tons of explosives.
51 KIA men including a major were killed. 12 from ABSDF Northern a KIA’s ally were also killed while army has lost only seven men.
The captured KIA men and boys admitted that they were given plenty of KIA’s self-produced Yaba pills to stay on high and fight at their posts. Some KIA boys were found in locked-ankle-chians so that they wouldn’t be able to abandon their last posts and run.
The successful operation was named “Operation Thunderbolt” and Lieutenant-General Myint Soe, the Chief of BSO-1, himself directed the operation from the Northern Command HQ at Myitkyinar while Brigadier-General Htun Htun Naung, the Commander of Northern Command, was directing the field forces from Bamaw just behind the front line.
Brigadier-General Lu Aye, the GSO-1 from the Defense Ministry, was also at Myitkyinar to coordinate the air force attack group of 4 MI-35P attack helicopters and two G-4 fighter jets in supporting the ground forces.
According to the army sources the ground troops involved were LIB (Light Infantry Battalions) 317, 415, 416, 320, and IB-237. The LIBs are from LID-88 and the elite LIDs (Light Infantry Divisions) are the main forces to be used in capturing KIA HQ at Laiza as planned. 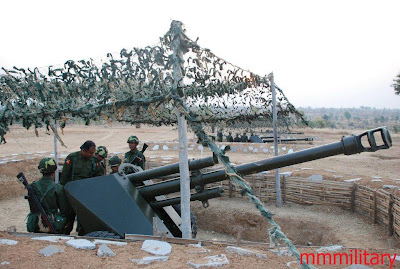 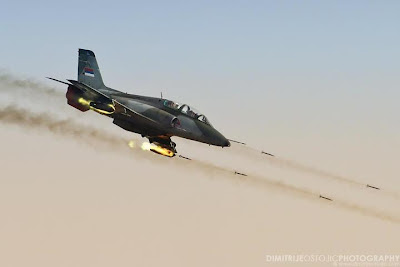 Army Has Had Enough of KIA's Deadly Ambushes

Burma’s so-called reformist president Thein Sein has unilaterally issued the well-publicized stop-all-combat-operations order direct to the army last year. Since then army has been suffering greatly as, without major combat operations regularly taking out KIA bases and columns,  its troops taking only pure-defensive positions in Kachin State had become sitting ducks to KIA ambushes and guerrilla raids.

Last year alone army has lost at least 5,000 killed and many more wounded as the President's order has basically given KIA a free hand to attack the army posts and supply convoys and columns all over Kachin land. KIA claimed to have lost only 2,000 men. In one ambush alone last year 6 army officers and 42 other ranks were killed when 500-strong KIA units ambushed a convoy of IB 21 from Myitkyinar. (Please watch  the video of that devastating ambush at the end of this post.)

The reliable sources from Burma’s secretive War Office confirmed that the army chief VSG Min Aung Hlaing and Vice-chief General Soe Win were recently seen arguing violently with President ex-general Thein Sein in his office in Naypyidaw to go ahead with this Operation Thunderbolt.

The generals' strategic aim was by tightly semi-circling Laiza and directly threatening to wipe out their HQ the recalcitrant KIA would be forced to stop or at least slow down their deadly guerrilla activities and eventually come back to the cease-fire and peace negotiation meetings sponsored by the China Bear. 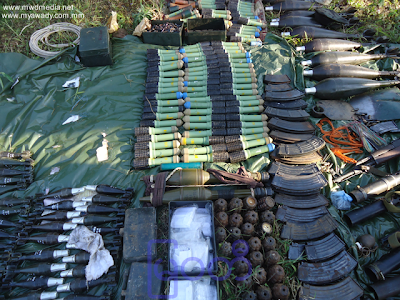 KIA forcing Refugees as Human-Shield around Laiza
Even though army columns have expelled KIA insurgents from their last defensive line on Lajaryan Range, to attack and capture the KIA HQ Laiza is still impossible as KIA is using the local civilian residents and internally-displaced-refugees as their defensive shield around the Laiza town. And they will be the ones to be killed once army’s heavy 105 mm Howitzer shells rain down on Laiza.
Army sources have already openly admitted that the continuous shelling from their heavy 105 mm Howitzers will continue on as, instead of costing a fortune firing expensive shells, Burmese army has been making approximately US$ 14.5 for each shell fired as the shells used are from the Singapore Armed Forces and these shells are expired shells needed to be destroyed. 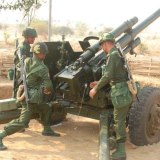 But Singapore has no place to destroy these highly explosive shells and so they are contracting Burmese army to destroy their expired 105 mm shells. And Burmese army has found the most profitable way to destroy these shells by dropping them constantly on the stubborn KIA kachins.
At present many from KIA have been surrendering to the army as the constant shelling and air raids have highly-destabilizing effects on the morale of KIA troops.
“Once they heard the jets flying over we couldn’t control our men to stay put. We’d been shelled enough. They just panicked with dreadful fear and ran. We have orders from above not to abandon the positions. But we couldn’t help it,” admitted the Kachin officer leading the group of 16 KIA men recently surrendered to the local People Militia near Lajaryan.
There was a recent case of whole 70-strong KIA unit surrendering to the army after their leader was executed personally by the KIA general Gam Shaung when he refused to fight the Army mobile column entering their KIA territory in North-Eastern Shan State.
Now KIA generals Gam Shaung and Gun Maw are prolonging the nasty civil war while still running their multi-million dollar Hotels and their lucrative jade and timber trading businesses from their luxurious houses inside much-safer China.
But they are still forcing their boy and girl soldiers in the trenches around Laiza to fight off the gradually tightening hold of Burmese army with their young, miserable lives. 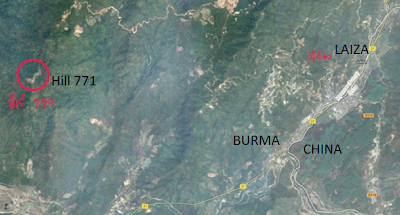