(Meira Svirski's article from The CLARION PROJECT on 08 June 2020.) 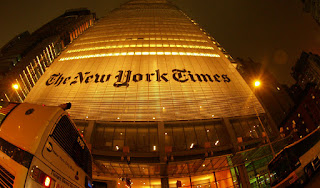 The New York Times exploded in what one veteran writer and editor for the paper called a “civil war.”

"The civil war inside The New York Times between the (mostly young) wokes and the (mostly 40+) liberals is the same one raging inside other publications and companies across the country. The dynamic is always the same," Tweeted Bari Weiss.

The “war” was over an opinion piece written by Senator Tom Cotton (R-AR) who called for bringing in the military as a last resort to quell the riots and looting in American cities if local police forces were too overwhelmed to accomplish this task.


Cotton specified he was not talking about peaceful protesters. “Calling in the troops” is a view that 58 percent of the population agrees with (according to a recent survey), including 48 percent of Democrats.

But a large portion of the staff at the NY Times would have none of it. More than a dozen journalists called in sick and others threatened a walkout. Many tweeted, “Running this puts black @nytimes staff, in danger.“

Publisher A.G. Sulzberger initially defended the publication of the article, saying that the paper’s goal was the share “views from across the spectrum.” In the end Sulzberger caved, pushed out the editorial page editor James Bennet, a rising star in line to be the next executive editor of the paper who had already apologized for running the piece.

The paper then the backtracked on the publishing of the article, saying there was a “significant breakdown” in the editing process and that the piece did not meet its standards. A “town hall” was held by the NY Times to allow employees to vent.

Bari Weiss, an opinion writer and editor at the Times explained the war inside the paper in a telling Twitter thread as follows: “Here’s one way to think about what’s at stake: The New York Times motto is ‘all the news that’s fit to print.’ One group emphasizes the word ‘all.’ The other, the word ‘fit.’”

At first one might think that Weiss, who is 36 years old, identifies with what she called the “Old Guard” at the Times, whom Weiss characterizes as living by civil libertarianism. These individuals support the publication of a marketplace of ideas.

The “New Guard,” according to Weiss, subscribes to what is called “’safetyism,’ in which the right of people to feel emotionally and psychologically safe trumps what were previous considered core liberal values, like free speech.” (Never mind that the “value” of free speech is a constitutionally guaranteed right in the United States, not just a core liberal value.)

But then Weiss gets down to the issue at hand, the publication of Cotton’s piece by the paper. To this issue she dithers, saying, “I agree with our critics that it’s a dodge to say “we want a totally open marketplace of ideas!” There are limits. Obviously. The question is: does his view fall outside those limits? Maybe the answer is yes.”

She then continues, “If the answer is yes, it means that the view of more than half of Americans are unacceptable. And perhaps they are [my emphasis],” proclaims Weiss, whom (I assume) we are now supposed to look up to as the arbiter of “acceptable” and “unacceptable” ideas (once she makes up her mind).

Weiss is wrong on this one, dangerously wrong. The bedrock of the experiment of the democracy called America — the only country founded on the principle of liberty – is free speech. In philosophy, there is an argument known as a “slippery slope,” which states that certain ideas or actions have a good possibility of leading to bad or even disastrous results.

The end point of the slippery slope of putting clamps on free speech (i.e. certain groups proclaiming which ideas of acceptable which are not) is fascism. It’s a point we are fast approaching.

Take the case of the top editor at The Philadelpia Inquirer, a 20-year veteran at the paper, who “decided to step down” following the backlash the paper received from a headline that read “Buildings Matter, Too” about the destruction of property during the recent riots.

Or the case of veteran sportscaster Grant Napear, who was let go after 38 years of service broadcasting play-by-plays for the Sacramento Kings. Napear’s crime? Tweeting, “All lives matter … every single one!!” which is currently considered a racist statement (for its insensitivity to the Black Lives Matter movement).

No matter that Napear apologized, saying ““I’m not as educated on BLM as I thought I was. I had no idea that when I said ‘All Lives Matter’ that it was counter to what BLM was trying to get across. … I’m in pain. I’m 60 years old and I still have a lot to learn.” 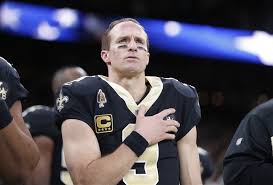 Then there was the apology issued by New Orleans Saints quarterback Drew Brees for his “insensitive” comments that “missed the mark,” when he was asked if he would be kneeling during the playing of the national anthem.

Brees initially said, “I will never agree with anybody disrespecting the flag of the United States,” adding that the anthem reminds him of his grandfathers, both of whom fought against the Nazis in World War II. Brees’ wife further apologized for her husband, promising they would “actively look for racial prejudice.”

Meanwhile, peaceful “protesters” have identified another source of “racial prejudice”: “The guy who helped defeat Hitler and save the free world was a racist” is ... a take, I guess," tweeted Josh Hammer.  "Far-Left now standing around Winston Churchill statue and chanting ‘Churchill was a racist’. They are absolute scum."

Companies — fearful of their sales being hit — are also towing the party line. Lego, for example, just asked stores to pull promotional materials for Lego sets that feature police, fire fighters and the White House.

Weiss may have the luxury to take her time to ponder whether or not the opinion of 58 percent of Americans who favor using the military if absolutely necessary to protect their life and property is an acceptable opinion. The rest of us do not. We are already seeing the disastrous results of the thought police. 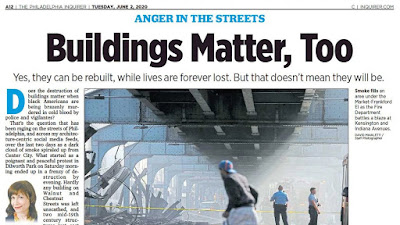 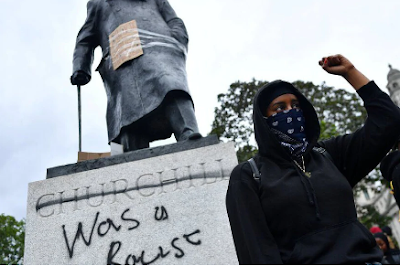 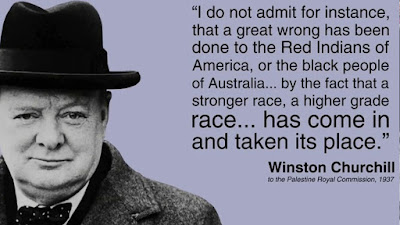