Defund The Police? Detroit Did & Children are Dying

(Charlie LeDuff's article from The DEADLINE DETROIT on 11 June 2020.) 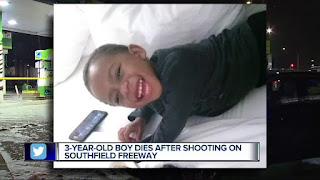 Defund The Police? Detroit Did That. Now Children Are Dying. I know a mother on the east side of Detroit who would like police protesters to come picket in her neighborhood.

It's not so much that she agrees with their demands for better treatment at the hands law enforcement – which she does. It's more the fact that there are fewer cops than ever in her rough-and-tumble neighborhood since special operations officers have been reassigned to keep order downtown.

“We don't have enough police as it is,” says Rochelle Jones, a working mother of two. “People are acting the fool out here, and now you know the police aren't going to be coming around this summer with all that's going on. So what are the children supposed to do.”


Police officers I spoke with, who exchanged candor for confidentiality, confirm Ms. Jones' fears. “No one wants to end up on the 5 o'clock news,” one said to me. As the #DefundPolice movement gathers steam across the United States, it's worth asking what it means, exactly, to defund the police and what the consequences would be.

There is perhaps no better case study than the City of Detroit – one of America's most violent – which cut back its police force and funding during the historic bankruptcy, settled in 2014. Funding for the police department has fallen 20 percent since then. Wages for police officers were cut 10 percent and have never recovered, accounting for inflation. Health benefits for retired officers were stripped away and pension payments deferred. 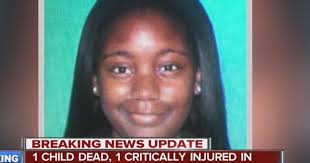 Consequently, Detroit is having severe problems attracting recruits and retaining cops. There are now 20 percent fewer officers patrolling the streets than in 2014. Half have less than five years on the job.

As George Hunter of the Detroit News (the only journalist in the state who covers the DPD full time) reported, “use of force” incidents have dropped nearly 60 percent since the department exited a 13-year federal consent judgment in 2014 over its excessive use.

That is encouraging, and may be due to better training. But morale and effort may also be contributing factors. Consider that arrests are down nearly 40 percent. And now, in the hot summer of 2020, funding and morale troubles have come to roost. Violent crime has exploded in the streets of the Motor City, despite the three-month Covid-19 lockdown.

There have been 100 homicides so far this year, a 25-percent spike over last year and there have been 271 non-fatal shootings, representing an increase of 30 percent. Most disturbing, during 80 days of the COVID lockdown, 18 children were shot.

There is no doubt that human priorities in America's largest majority black city have gone neglected. Precious dollars have been diverted to private development. Outright graft has been a contributor to misery for decades. The biggest public works project in Detroit since bankruptcy? A 2,000-bed jailhouse.

But public safety is, and must be, a top priority. Especially for children. Strip the police, and who will make the streets livable for our most vulnerable? For more than a year, I've been filming a documentary about children in so-called Comeback City. And if Detroit ever did truly come back – which many in the city hotly dispute – it was never in the neighborhoods.

India Williams was shot just over five years ago. “All I want from the man who shot me is an apology,” says India, now 12. She has yet to receive one. In fact, her case has been closed, her shooter never charged, and is presumed still at large.

Mayana Lanton, 14, was shot through the face in 2018 as she stood inside her west side home, readying herself for school. Like India, she was a media darling for a few weeks. Now the cameras are gone and her story forgotten. Her shooter, too, has never been apprehended.

A rule of thumb in police work is those who use a gun are likely to use it again. The children of Detroit deserve better schools, better housing, cleaner water and summer camps. Funding these priorities by defunding patrol officers, however, is squeezing blood from a turnip.

So where do we find the financial capital to invest in human capital? Start with the municipal contracts. And what can you do in the meantime, you the person who cares so much about Detroit's youngest citizens? 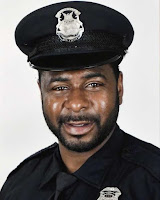 The police department is hiring. But be forewarned. Starting salary is $40,000 a year. And the risks are obvious. Officer Waldis Johnson was laid to rest Wednesday afternoon, after succumbing to a gunshot wound to the head he suffered three years ago when ambushed on a domestic-violence call.

Johnson was the ninth officer killed in the line of duty since 2013. Since then, more than 500 children have been shot or murdered in Detroit.

Fewer than 20 percent of those cases have lead to an arrest. What do you think that percentage would be with fewer cops?

Detroit — A 4-year-old boy was killed and a 3-year-old girl was in stable condition Thursday after separate shootings in Detroit overnight, police said. Both shootings involved "cowards who can't settle disputes without guns," police Chief James Craig said at a news conference Thursday.

The 4-year-old boy was killed about 1 a.m. on the 18000 block of Birwood Street after shots were fired in his grandmother's room, Craig said. The child had multiple gunshot wounds after suspects shot at the home.

Police say a person of interest is recovering from a gunshot wound in the hospital. They said a white Jeep was involved in the shooting.  "There has been some light conversation from the street," Craig said. "There are some who know who did the shooting and they're going to retaliate. Don't do it. Call us at 1-800-SPEAK-UP because we'll find you as well," Craig said.

Seperately, about 10 p.m. Wednesday, a 3-year-old girl was shot on the 7300 block of Nett Street, on the city's east side. She suffered an abdominal wound and was in stable condition, Craig said.

"The suspects opened fire on this mother with two children, for what reason, we absolutely don't know," Craig said. "The good news is we know that the suspects are described as three male blacks, possibly in a Chevy Equinox who are between the ages of 20 and 25 years old." Police are seeking Brandon Johnson Person as a person of interest in the 3-year-old's case.

"Detroit Police Department is committed to solving these two cases," Craig said. "It's tragic. Once again, another cowardly act by individuals who just can't seem to settle disputes without the use of a firearm. We are going to find you." Anyone with information on the cases can contact the Detroit Police Department at (313) 596-2260 or Crime Stoppers at 1-800-SPEAK-UP. 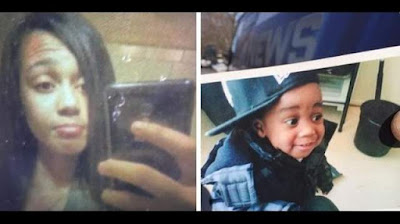