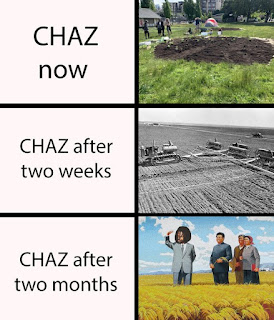 Although the zone was declared a police-free area last week, those pronouncements were apparently precipitously made as CHAZ quickly fell under the watchful eye of Raz Simone. Raz is a rapper and an AirBnB ‘superhost’ who describes himself as someone who enjoys art, mentoring youth and philanthropy. He was also one of the only armed men in the territory.

Raz earned the title of the “warlord of CHAZ” after patrolling the area with an AK-47 and a band of armed men who declared, “We are the police now.”

Christopher F. Rufo tweeted, " The #SeattleAutonomousZone is devolving into warlordism. Rapper Raz Simone, who has been patrolling the barricades with an AK-47 and a handgun, has begun assaulting residents who disobey him. "We are the police now," says his crew. "We are the leaders."


Within days of setting up Seattle’s CHAZ, a Reddit thread shows there are those who are already working to oust Raz, while Raz’s Twitter account shows tweets pushing back against CHAZ being an extreme territory. 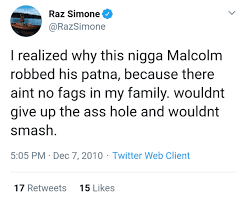 Mister AntiBully tweeted, "On Reddit they are trying to discuss how to oust the warlord raz from Seattle's CHAZ.  Sounds like something the police could solv.... oh wait nevermind." The desire to remove Raz may have to do with a number of issues, including the noted irony of removing an authority to replace it with an authority.

It could be the presence of a dictator or it could be Raz’s now-deleted disparaging tweets against the LGBT community, which he denies. The question is what else does a territory setting itself as an alternative to the mainstream look like? If it’s ruled by a warlord, how  are its views enforced by a group that claims it has no central leadership? The answer might be Antifa.

With law enforcement presence down to a halting zero, CHAZ is seeing everything from a random machete-carrying man to a roving band of thugs. Earlier today, a group of Antifa members put a preacher in the very same chokehold the group was against when carried out by law enforcement.

Ian Miles Cheong tweeted,"The anarchists in CHAZ didn't appreciate the presence of a Christian preacher so they choked him out. https://twitter.com/i/status/1271922987810254848". With events on the ground stranger than reality TV, the key question really comes down to exactly how “autonomous” is CHAZ? 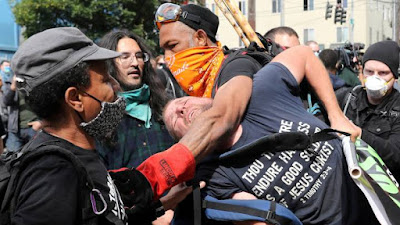 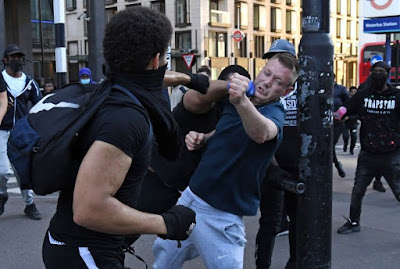 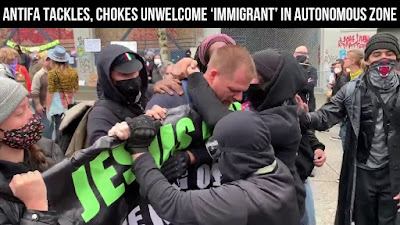 There are a couple of things known for certain: The water running from the taps and the electricity being switched on is still all sourced from public utilities. When money is being used, it’s still U.S. currency. As much as CHAZ may want to see itself as autonomous, it’s still tethered to the United States.

However, the lack of police presence in the zone is already being felt. “Rapes, robberies, and all sorts of violent acts have been occurring in the area and we’re not able to get to [them],” said Seattle’s police chief Carmen Best, who earlier squarely blamed the departure of police from the precinct in the area on an order from the mayor.

“You should know leaving the precinct was not my decision,” Best was filmed as saying to her police officers in a leaked video. “You fought for days to protect it. I asked you to stand on that line day in and day out, to be pelted with projectiles, to be screamed at, threatened and in some cases hurt. Then to have a change of course nearly two weeks in — it seems like an insult to us and our community.” 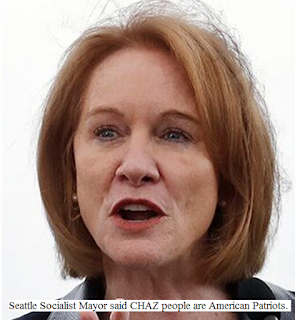 Yet, in language that would make George Orwell proud, Mayor Jenny Dukan termed the takeover of the six-block area of her city as “patriotism.”

That Mayor Bitch Jenny Durkan tweeted on 12 June, "It's clear @realDonaldTrump doesn’t understand what’s happening on five square blocks of our City. Cal Anderson and Capitol Hill has for decades been a place for free speech, community, and self expression.

"Lawfully gathering and expressing first amendment rights, demanding we do better as a society and provide true equity for  communities of color is not terrorism - it is patriotism."

Durkan also told CNN that CHAZ is “not an armed takeover, it’s not a military junta.” Rather, “We’ve got four blocks in Seattle… that [are] more like a block party atmosphere.” 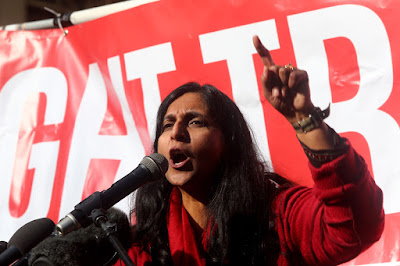 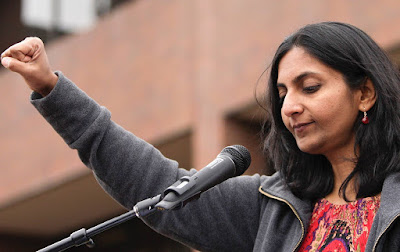 Related posts at following links:
Sawant: The Indian Marxist Bitch behind the CHAZ
CHAZ Anarchy In Seattle: Seattle is Dying
Posted by Hla Oo at 7:20 PM