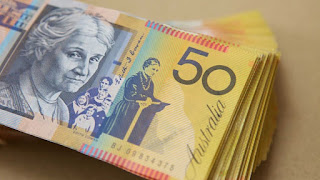 The lowest offer for the $1.5 billion loan was at a negative interest rate.(Australian Office Of Financial Management (AOFM)) The Government got a fair chunk of the $1.5 billion for less than nothing.

Some of the bidders demanded more, but nothing too far into positive territory. It happened because the sale of bonds benefits both parties: the Government gets to borrow money it needs and the investor gets a safe place to park their money.

In those circumstances, where benefits flow in both directions, there's no reason to suppose that the final payment will flow in only one direction. And sometimes the direction chosen is arbitrary. Economist Joshua Gans made the point on Twitter talking about the coronavirus vaccine.

He said: "Half of the economists out there think people should be paid to be vaccinated, the other half think they should pay to be vaccinated earlier. Can we at least work out whether the price is positive or negative?"