Unconfirmed reports are indicating that the Divisional CO Brigadier-General Phyo Thant was arrested and tortured by MAH’s clique for not suppressing the Chin Rebellion started from the town of Mindat on Chin Hills.

It was unprecedented in the history of Myanmar Army to take two powerful BSO generals to arrest a lowly Regional Command General. Right now a full quarter of Myanmar Army’s fighting battalion are operating and engaging the PDF and Chin rebels in the Na-Ma-Kha region covering Sagaing Administrative Division, Chin State, and Part of Mandalay Division.

The arrested general is now rumored to be killed during an interrogation session and ended in a unknown mass grave dedicated to the tortured victims of Mynamar Army in Monywar. Myanmar Army even released fake photos of General Phyo Thant to prove he is till alive and well.

Mad-dog Min Aung Hlaing is going so crazy and so scared he doesn’t even dare to come out of his lair in Nay Pyi Daw to inspect his war-dog battalions like he used to do just a few months ago. Go to hell fuckwit! 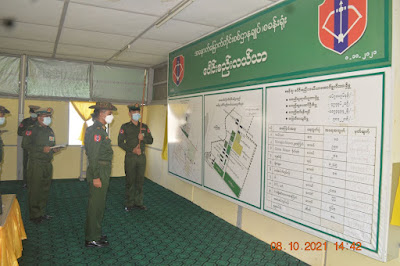 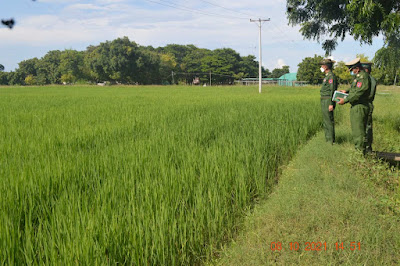 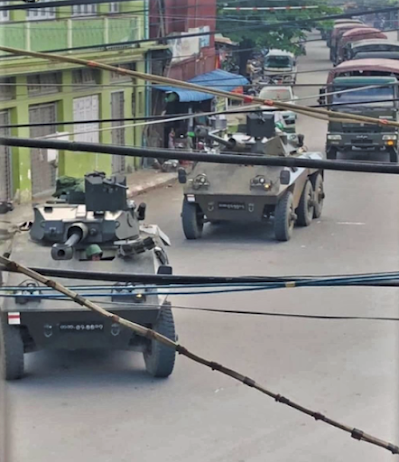 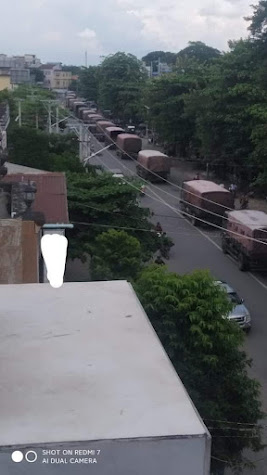 The devastating ambush sacred the shit out of the army generals and both Ko Ko Maung the Phar-An based Ya-Ta-Kha CO and Toe Win also the Phar-an based the LID-22 CO and their bodyguards in three civilian SUVs changed into mufti and sneaked out of Myawaddy to flee back to Phar-an City where their respective army bases are.

Obviously the Myanmar Army is not in the control of most areas in Burma as its end is near. 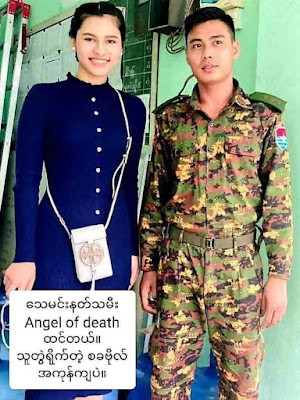