HISTORY of modern Burma is basically the seemingly-never-ending series of  brutal conflicts between the Communists and the Socialists. Started out as the ideological and personal conflicts between CPB Than Htun and BSP Kyaw Nyein it has morphed into the  long-running deadly civil war between the Burmese Communists and the Burmese army.
Even after Kyaw Nyein was permanently removed from the political stage by 1962 coup General Ne Win kept the civil war alive by rapidly expanding his army just to exterminate the CPB. But because of massive Chinese support of men and arms after the deadly 1967 race riots in Rangoon’s Chinatown the CPB forces at one stage totally controlled the large Burmese territory east of the Salween River. 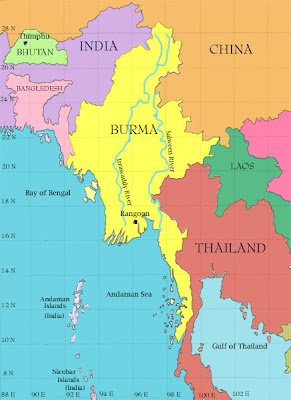 CPB called that so-called liberated area North-Eastern War Region. Their strategic plan to win the long-running civil war was to link their mainly-ethnic forces in the NE War Region with the totally-Burmese CPB Headquarters on the Pegu-Yoma Ranges at the centre of Burma.
To achieve that strategic purpose CPB had been actively establishing guerrilla bases in the remote rural regions of Southern Shan State since late 1950s. The major route the Burmese Communists developed was quite similar to the long jungle trail famously known as the Ho Chin Minh Trail built by the Communist Vietnamese forces in neighboring Laos and Cambodia during the Vietnam War. 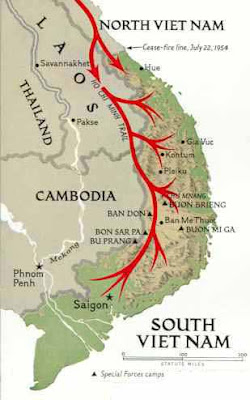 The term Burma’s Ho Chi Minh Trail was coined by late Brigadier Aung Gyi in his now famous letter from  his prison cell to his former boss General Ne Win. He basically warned Ne Win the danger of letting the CPB establish the trail. Ne Win and his lieutenants took the wise advice seriously and the army turned the Southern Shan State into the epicenter of Burmese civil war. I personally lost so many of my friends and classmates  serving in the army there in 1970s.
Historical evidence are also pointing out the facts that original proto-Burmese were from the ancient Nan Saw kingdom of Yunan in China and they might have used the same route to invade and settle Burma in the ninth century after the ancient Pyu civilization in middle Burma was totally destroyed by the invading Chinese forces in 832 AD.
In this series of articles I would like to explore the events from the books written by Bo Khin Nyo a long time guerrilla commander from CPB, Colonel Than Tin the Commanding Officer of Burmese Army Eastern Command, late Major Ba Shin a member of Burma History Commission, and  some other writers I am hoping to encounter in my literary trip on the Burma own Ho Chi Minh Trail.