Burmese pythons are prospering in the Florida’s Everglades and the American authorities are erecting the draconian laws to stop them from propagating farther in the famous swamp of USA. There are thousands and thousands of up to 6 meter long Burmese pythons in the Everglades and they are even catching and swallowing large alligators the American icons.
Pythons originally from Burma have often been released into the Everglades by owners when the snakes became too big and menacing for them to handle. So with the new laws the authorities are now trying to stop the importing of these dangerous snakes for the exotic pet trade.
The Americans haven’t seen a 10 meter one so far like I once encountered in one of the upstream creeks of May Kha River in the rugged Kachin land of Northern Burma. The snake was so dangerously huge I still have nightmares of it. (Burmese pythons living in the remote waterways can grow to a gigantic size as they have no natural predators except us humans hunting them for their valuable skins.)
That was in mid 1973 and back then I was just a teenager but a squad leader in the army in Kachin Land. Our Battalion Forward Command was at the fortified bases on the Htawgaw Hills on the eastern side of May Kha River not far from the Chinese Border.


A typical rifle squad in Burmese Army consists of the leader and two riflemen. Two in my squad were Soe Win a 15 year old Burmese boy runaway from his home in Meikhtila and Naw Taung a 20 year old Kachin man from Myitkyinar.
With curly hair and thin long face with bulging eyes Soe Win was just a frightened boy and he followed me everywhere as if he felt safe with me in the dangerous jungle. Naw Taung was a large stocky Kachin man but shorter than me and he hardly talked. But he was a native and he knew the jungle like back of his hand.
We didn’t really trust the Kachin soldiers among us Burmese as they had reputation of defecting eventually to their brothers in KIA after few years in the Army. But we three were together since the boot camp and we treated each other like brothers as we had to rely on each other with our lives.
Staking-out the Enemy Track
One day my squad was sent out onto the eastern ranges about 40 miles from our base as a long range patrol. The aim of our patrol was to attack and possibly capture enemy messengers travelling between their northern units and their HQ in the south.
A squad from Third Platoon on a long range patrol near the border recently had discovered a remote track, apparently used by KIA messengers, running along a deep stream about 10 miles west from the borderline. My detail was to stake out the track for three days and gather whatever information I could. Along with a G4 light-machinegun we carried a seven day dried ration with us and walked over two days to reach the designated map grid.
We traversed the thick jungle by well-used tracks which were mostly just wide enough for a person. But in some areas we had to cut through the face-high elephant grasses with our army-issued machetes until we found another narrow track.  Most tracks were either uphill or downhill and level walking was very rare. With some difficulty we eventually located the enemy track by a wide mountain stream and prepared the spot for ambush.
My plan was to attack if a small enemy unit came along but in case of a large unit just to observe and let them go. The chosen spot was before a clearing just beside the stream as the track came out of the jungle edge, ran along the stream, then ended at the water-edge, and resumed its journey on the other side.
The site was a natural resting-place for someone who had just trekked across the range for a considerable period. Even the wild animals used the well-trodden path and the criss-cross of animal footprints at the water edge strongly indicated the fact that here was a watering hole for the jungle dwellers.

We positioned our G4 light machinegun at a spot just beside the track overlooking the stream with me on the middle manning the light machinegun and Naw Taung and Soe Win on either side about ten yards apart from each other.  Well hidden in the brushes we lay watch silently over the track during the daytimes and ate and tried to sleep in the open at nights.
For the first two days we only saw wild animals, mostly common red deer among the trees and many gibbons swinging from branches to branches, coming down for a drink and also a couple of old Kachin women from some remote village near border with heavy loads on their backs. 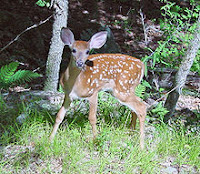 I even had to physically stop Naw Taung from shooting a large wild boar when it noisily trotted past us to the water edge. We were quite disappointed and had almost given up hope of seeing any action by the afternoon of the third day. Then suddenly Naw Taung at my right noticed a faint movement from up the track and hand-signaled me. 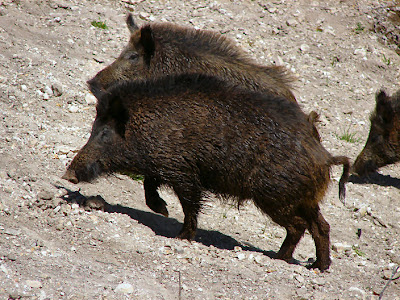 Shooting the Messenger
A few minutes later, I saw a man coming out of the jungle edge and slowly approaching the stream. Walking barefoot and quiet short for usually stout natives he was a small build, middle-aged man in almost brand-new Chinese combat fatigue.
In unsoldierly manner he had on one shoulder his Chinese SKS 56 rifle holding down by the barrel. Back at the boot camp we were often told to hold down rifle on our shoulder only by its butt so that it could readily be brought back to a firing position in case of emergency.
Slightly tilted Chinese cap on his long-haired head and the familiar KIA batch of crossing Kachin swords on his arms, the way he moved comfortably without a searching look for any danger ahead confirmed him to us that he was a lone messenger, not the point man of a large unit.
Probably he was well familiar with the track and didn’t really expect any enemy soldiers so far from their forward base. I decided to take him alive and hand-signaled both men to approach him before he reached the stream while I covered them with my light machinegun.

To my surprise, as soon as Naw Taung and Soe Win jumped out of their hiding places and pointed their guns at him, he immediately turned left without even momentarily stopping. He then dropped the gun and started running up into the thin undergrowth where I was hiding as the track behind and front of him were now blocked.
In panic, as he was rapidly getting closer to me, I fired several rounds from the machinegun. Almost cut down into halves by the volley of 7.62 mm bullets he was killed instantly and his badly mutilated body rolled back awkwardly down onto the track. I picked the G4 up and walked down to the track.
Jesus, you shot him point-blank! Why did you do that for? Naw Taung barked at me. He was now standing over the broken and bloodied body of the man lying dead on his belly. His broken neck was badly twisted and his wide-open eyes were now staring almost skywards.
I had no choice, he was getting too fucking close, I calmly replied. But, you didn’t need to kill him! He wouldn’t shut up. What do you fucking want me to do, grab him? I yelled back at him as the way he blamefully said was really pissing me of. You could have bashed him or simply overpowered him, instead of killing him! Poor man, he still protested with an anguish cry for his fellow Kachin man now lying dead on the ground.
Naw Taung was quite upset. He just blurted out few more angry words that I was just bloodthirsty and killed the man unnecessarily. We are too far from the base. Even if we get him alive we will have trouble taking him back! Without admitting my panic reaction to him, I told him the reasonable excuse that taking an unwilling prisoner a long distance back to the base would be totally impossible.
He then simply shut up as if he was forced to accept the untimely death of one of his fellow Kachins. While they were watching I took off the dead man’s backpack and turned the bloodied body over and searched the body and his bloodstained pockets for documents.
At least we’ve done our job. Have you found anything important? Soe Win asked. I didn’t find anything important on the body but a piece of partly chewed game jerky and a small dirty pack of smelly tobacco in his uniform pockets. Naw Taung sympathetically said, He might be chewing them in turn on his careless way into our ambush, poor man! Now he is well on his way to either heaven or hell, who knows but God? May his soul rest in peace! And standing beside him Soe Win dutifully said, Amen!
But when I searched his Chinese waterproof-backpack I did find a few important looking papers in a small waterproof canvas bag at the very bottom of the backpack. Nicely hidden under a pile of brand new Chinese camouflages. I could even smell the newness of his uniforms over the raw stench of his flowing blood and torn flesh.
KIA was awash with the brand new military supplies from China while we had to struggle day to day with whatever little we had had. Our rotten jungle boots had many big holes in them and every piece of uniform on us was now looking more like a faded rag than a green khaki it should have been. But for the moment I was happy with what I’d just found on the dead messenger.
A gun and some papers to take back was a bloody good reward for the days and nights we spent with bloodthirsty mosquitoes and creepy crawlies in the jungle, I thought. We left the body lying there by the track believing either his comrades or wild animals would eventually take care of him. Anything organic wouldn’t last more than few days in its current form in this unforgiving jungle once it’d lost its life.