U.S. On the Verge of Lifting Burma Sanctions! 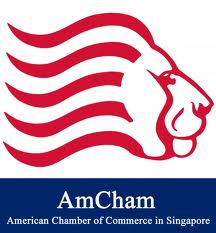 “We have 700 member companies in the AmCham (American Chamber of Commerce) in Singapore,” says Kevin Thieneman, a regional manager for Caterpillar and a board member of AmCham Singapore. “The interest in Myanmar spans every segment of business.”
Above was what John Bussey wrote in his article “The new dance with Myanmar” in the Wall Street Journal. He then continued on with his observation of American businessman and managers in Singapore ready to parachute into Burma the country resembling a decrepit living museum virtually frozen since 1962 the year late General Ne Win seized power.
Burma is a place of aging cars, crumbling buildings, and millions of farmers still working the ploughs behind water buffalo. All this spell opportunities to US companies. They see Burma as one large green field with a population of over 54 millions needing construction and mining equipment, seeds and tractors, consumer goods, transportation, power, and services.

They’ve watched Myanmar’s nascent political liberalization over the last year and note the significance of Ms Clinton's visit the first by a US Secretary of State in decades. They see momentum.
“All these guys are waiting for the lights to turn green and say ‘Go’,” says Dave Peck, the American CEO of Arrow Technologies in Singapore, which distributes equipment to tech industries. He plans a scouting trip to Myanmar in February.
Christopher Bruton, the Bangkok-based executive director of Dataconsult, a consulting and research firm, says he has helped organize a strategy group on Myanmar for American companies in Thailand because interest is so great. Separately, Amcham Singapore is hosting a panel on investing in Myanmar next month.
American companies tend not to talk about Myanmar, given U.S. policy. General Electric declined comment. So did Chevron, which has a minority stake in gas and pipeline operations in Myanmar that were grandfathered under the sanctions. UPS and Fedex said that where it's legal they'll follow their customers.
Flights into the country and international-standard hotels in main cities are packed with businesspeople from the U.S. and other countries. Americans are "running around Myanmar, observing what products are going in and understanding the customer base," says Mr. Bruton.
The General Manager of Sedona Hotel in Rangoon said in an interview that the present occupancy rate is well above 90% compared to about 25% just last year. And twenty-three new hotel projects in Rangoon and Mandalay have been quick-tracked and approved recently by the Government.
Not just the American businessmen the American politicians are visiting Burma too.
New York Democratic Rep. Joseph Crowley who spearheaded the legislation tightening sanctions in 2008 has travelled to Myanmar this week and Senate Republican leader Mitch McConnell, a leading congressional voice on Myanmar, will make his first visit to the country next week. He will arrive in Myanmar on Sunday and return to the United States on Wednesday.
Senator McConnell will meet with democracy leader Aung San Suu Kyi and Myanmar government officials to discuss political reform in the military-dominated country as well as bilateral relations and regional security issues.
Every year since 2003, Senator McConnell has introduced the legislation sanctioning Myanmar and would be a prominent voice should the U.S. contemplate easing those restrictions.
The United States has already announced resuming full diplomatic relations with Myanmar as President Barack Obama and Secretary of State Hillary Clinton hailed the release this Friday of many of the country's most prominent political prisoners as a "substantial" step forward.
Vowing to match "actions with actions," the U.S. will send an ambassador to Myanmar and is studying additional steps it can take to support reforms in the country, whose government over the past year has legalized the main opposition party and loosened restrictions on media and unions.
State Department officials said that congressional support for engagement with Myanmar will be crucial for the next U.S. steps, which could eventually include easing some of the sanctions that have been in place since the 1990s.
All these recent happenings have been indicating that US is on the verge of lifting the sanctions imposed on Burma since mid 1990s.
Good on ya America and God Bless You!

(Hilary Clinton praises the reforms in Burma)
Posted by Hla Oo at 1:46 PM