(News articles direct from the SHOEBAT and RT on 01 November 2015.) 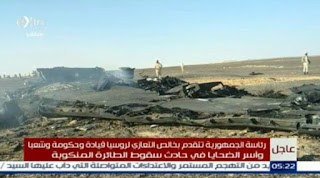 A Russian passenger plane the Metrojet's Airbus A-321 carrying over 220 people from Egypt to Russia disappeared from radars, and crashed in central Sinai, according to Russian and Egyptian authorities.

Kolavia Flight 7K9268, an Airbus A321, went off radar 23 minutes after taking off from Sharm El-Sheikh International Airport, Sergey Izvolskiy told the media citing preliminary data. The plane was carrying 217 passengers and 7 crewmembers, he added. Twenty-five of the passengers were children.

Both black box flight data recorders from the crashed plane have been found, Egypt’s civil aviation minister said. Experts have started decoding the data, according to Egypt’s prime minister. No official causes of the crash have been declared yet.


The Russian embassy in Egypt initially said all on board were Russian citizens. Later, the Belorussian embassy said one of the passengers was Belorussian. Egyptian authorities said three of the victims were Ukrainian, but Kiev didn’t immediately confirm that. Egyptian Prime Minister Sherif Ismail confirmed that the Russian plane did go missing over Sinai and said a cabinet-level crisis committee has been convened to deal with the incident.

The crash site was discovered hours later in a desolate mountainous area of central Sinai, Egypt’s aviation ministry reported. The plane was destroyed and all passengers and crewmembers were killed in the crash, Egyptian military and rescue officials told AP. Earlier, media reports suggested there might have been some survivors.

The Egyptian military told RT access to the crash site may be difficult for the press due to the volatile security situation in the Sinai. Large parts of the peninsula are dangerous due to the presence of militants, with only coastal areas in the north and south adequately guarded by security forces. The crash site is in the Hassana area 35 km south of Arish, the largest city in the Sinai.

The flight was traveling from the Egyptian resort to St. Petersburg. It belonged to the Kogalymavia airline, which also uses the brand name Metrojet, an operator popular among Russian tourists going to Egypt. The plane was supposed to contact air traffic in Turkish Cyprus’ Larnaca after leaving Egypt’s airspace, but failed to do so. 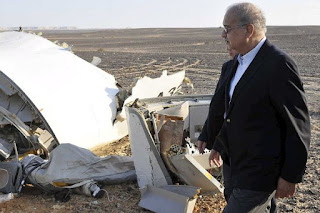 The tourist operator Brisco charted the ill-fated flight. The company is a business affiliate of Metrojet and they said the captain of the Airbus was an experienced pilot familiar with the aircraft. “The captain was Velary Nemov, who has 12,000 flight hours under his belt, so he is definitely an experienced man. Of those, some 3,800 hours he spent piloting Airbus 320s. So we don’t have any reason to suspect human error from the crew,” a spokesman for Brisco said.

The plane climbed to its designated altitude of over 10,000 meters before rapidly losing speed, dropping and then vanishing from radar. Some reports in the Egyptian media cited eyewitnesses as saying the plane was on fire as it fell.

A source at Sharm El-Sheikh Airport told RIA Novosti the pilot of the missing plane requested a change of course, saying the jet would have to land in Cairo. The source said the crew of the crashed plane had complained to the airport’s technical service that the jet had engine problems.

“If engines had failed, that would give you a dramatic loss of speed initially, but the crew would have lowered the nose and commit what is called a glide descent,” he explained. “My initial thought was that it might have been an emergency descent by the crew because they had a pressurization problem or dare I say perhaps a bomb on board.”

Russia has declared Sunday a day of national mourning for the crash victims. Metrojet had a fatal incident in 2011, when one of its planes caught fire on a runway in Surgut Airport in Russia’s Urals. Three people died and 40 were injured as the plane burned out in just 10 minutes. 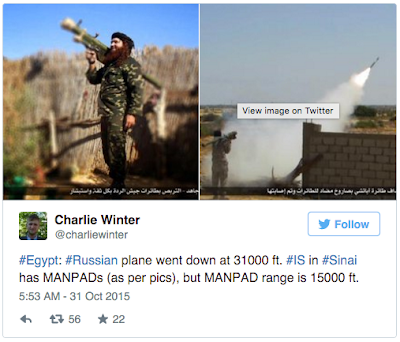 Amaq agency for ISIS claimed that ISIS downed the Russian airliner and produced two videos that show footage of a downed civilian aircraft. Officials say that the plane crashed due to technical difficulty and here ISIS says they downed the civilian jet killing all on board. So which source do we believe in this case: the media or ISIS? Well, Fox news reveals that the official news is mired in contradictions:

Ayman al-Muqadem, an Egyptian official with the government’s Aviation Incidents Committee, said the plane’s pilot, before losing contact, had radioed that the aircraft was experiencing technical problems and that he intended to try and land at the nearest airport. The aircraft crashed at a site near the el-Arish airport, he said.

Fox then says: “It was not immediately possible to independently confirm that technical problems caused the plane to crash.” And then a complete contradiction. Earlier, al-Muqadem told local media that the plane had briefly lost contact but was safely in Turkish airspace. 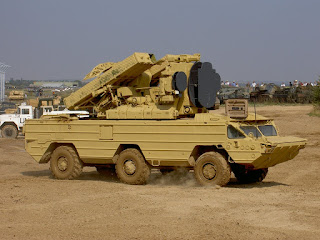 The reported news is mired with contradictions and there is no confirmation of a technical difficulty and we know that it did not reach “Turkish airspace”. So these reports cannot be confirmed or be completely trusted at this point until the investigations are complete.

Then we have Russia’s transport minister claiming that MANPAD stinger missiles are not within range to bring down an airliner that was flying at 31000 feet since MANPADS have maximum reach of 15000 feet. However, the surprise comes when an SA-8 GECKO was used to down a cargo plane around Damascus by Syrian rebels last year which is highly mobile and has the range of 40,000 feet, well within distance of the reported height (36,000 ft).  Left is the picture of SA8GeckoDgreen2 mobile missile carrier now in the hands of ISIS Death Cult Muslims.

Then we have the eyewitness account which do seem to corroborate the ISIS reported footage. A website called Flightradar24, which tracks air traffic around the globe, said the plane had been descending at a rate of 6,000 feet per minute just before it disappeared from radar. Eyewitnesses reported one engine on fire as it went down, according to a report in Masry Al-Youm, an Egyptian newspaper.


Whether or not the videos are real or staged productions is currently unknown but heat seeking missiles usually hit one engine which leaves only 30% chance of landing safely. The footage can be legitimate and ISIS does infest the Sinai which makes their report plausible, especially when we see the official reporting contradictory including the claims that terrorists only have simple low range stingers is no longer the case as evidence reveals. 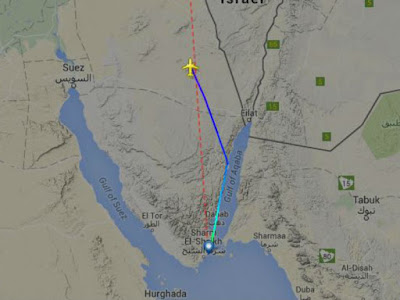 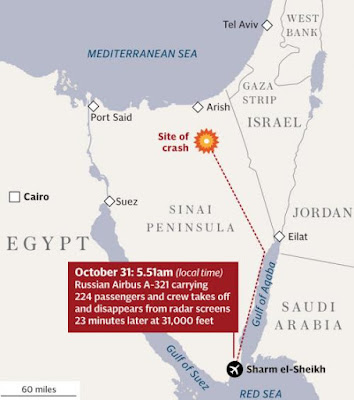