Islamic State Will Gain And Use Nukes To Kill Us All

(News articles direct from the CLARION PROJECT on 22 October 2015.) 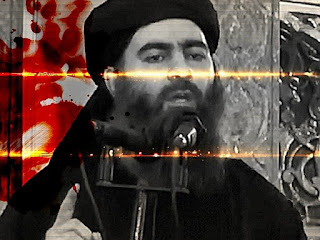 ISIS will 'Inevitably' Gain and Use Weapons of Mass Destruction. The former commander of Britain's chemical, biological and nuclear weapons regiment said ISIS will eventually launch such an attack. It is inevitable the Islamic State will acquire and use weapons of mass destruction, according to the former head of the British Army’s nuclear team.

Dr. Hamish de Bretton-Gordon was formerly commander of Britain’s Chemical Biological Radiological and Nuclear (CBRN) regiment. He told the Global Resilience Conference in London it is “only a matter of time” before ISIS launches an attack on a major city with weapons of mass destruction.

“ISIS have made it known they want to acquire weapons of mass destruction,” he said. “They run a sophisticated and successful psychological warfare campaign and are now basing that on CBRN weaponry – the ultimate weapon in the terrorist arsenal.”


According to Bretton-Gordon, the Islamic State already possesses chemical weapons such as mustard gas. They also have limited amounts of unenriched uranium. “The uranium they have is not weaponized,” Bretton-Gordon said, “but we know ISIS have recruited scientists to develop chemical and nuclear weapons.”

They are also known to be attempting to purchase weapons-grade uranium through smugglers in Eastern Europe. The FBI has foiled four such plots so far.  Four attempts to sell radioactive material to Islamists have been thwarted by the FBI along with local law enforcement in Moldova.

Smugglers in Eastern Europe have been attempting to sell nuclear material to Islamist extremists, according to Associated Press reports. The deals were attempted in Moldova, a small country sandwiched between Ukraine and Romania.

The FBI has been fighting a secret war against the smugglers for the past five years in cooperation with local authorities. Criminal organizations with ties to the former Soviet secret police force the KGB have been running the operations.

The most recent attempt was in February this year, when a smuggler tried to sell a large quantity of radioactive cesium specifically to the Islamic State. The cesium was reported to be enough to contaminate several city blocks. 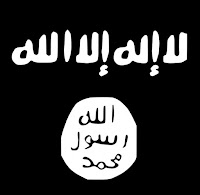 Police and judicial authorities in Moldova told AP that the FBI has thwarted four attempts to transfer nuclear material to Islamist extremists in the past five years. They used undercover agents to infiltrate the smuggling rings and make arrests. However, leading smugglers escaped or evaded lengthy prison sentences and the smuggling problem continues.

Constantin Malic, a Moldovan police officer, investigated all four smuggling cases. In one case a smuggler told an informant that he specifically wanted to sell to terrorists because they would use the nuclear material to attack America.


"He said to the informant on a wire: 'I really want an Islamic buyer because they will bomb the Americans,” Malic said. "We can expect more of these cases," Malic predicted. "As long as the smugglers think they can make big money without getting caught, they will keep doing it."
Posted by Hla Oo at 8:49 AM