(News article direct from the BRIETBART on 10 November 2015.) 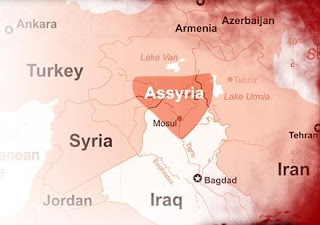 The Assyrian Army is in dire need of military support from the United States to protect Christian communities in Iraq and Syria against the genocide they are facing at the hands of the barbaric death cult  Islamic State (ISIS/ISIL), according to a decorated American military veteran advising the force.

Retired Lt. Col. Sargis Sangari, who was a deployed to Iraq during his 20-year career in the U.S. Army, is one of the Americans advising the Assyrian Army, known as Dwekh Nawsha, which means “self-sacrifice” in the ancient Aramaic language used by Jesus and still spoken by the Assyrian Christians.

According to Sangari, the Assyrian military force, which is primarily based in Iraq’s Assyrian Nineveh plains, is closely aligned with the strategic goals and aspirations of the United States. Sangari, head of the Near East Center for Strategic Engagement, spoke to Breitbart News about the continued plight of Dwekh Nawsha as ISIS has unleashed a savage and deadly wave of persecution against Christians and other religious minorities throughout Iraq and Syria.

The Assyrian Army is among the most effective groups fighting the terrorist organization, which has seized large swathes of Iraq and Syria, declared Lt. Col. Sangari. Despite their lack of resources, the Assyrian army has held the FLOT (Forward Line of Troops) against ISIS in Iraq’s Assyrian Nineveh plains, their homeland, since last August when the jihadist group overran the area. 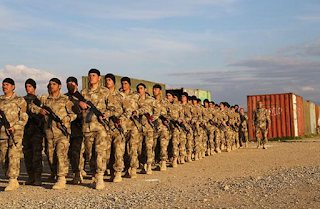 By doing so, the army, which started with only 12 fighters, has been able to protect Christian territories in Iraq’s Nineveh province and resist ISIS’s command for Christians to pay a submissive tax known as the jizya, convert to Islam, or die by the sword.

The Assyrian Army FLOT was established in the Christian village of Bakufa located in northern Iraq’s Nineveh province, about 20 miles north of Mosul. Dwekh Nawsha is one of the major Assyrian Christian militias fighting genocide at the hands of ISIS. The Assyrian Army needs the U.S. to provide money, training, and equipment so that they can take the fight to the enemy, pointed out Sangari.

“If the U.S. goal is bring security to the region, then there should be U.S. Special Operations Forces training, equipping, and supporting the Assyrian Army, allowing them to expand their reach, which is currently grounded in the Assyrian Nineveh plains in Iraq,” noted the American advisor.

The Assyrian Army is aligned with U.S. interests in the region, asserted Sangari, noting that retired American military officers like himself are advising the Assyrian force.

“Who understands how the Department of Defense works, how the Department of State works, what the strategic goals and aspirations of the United States are better than these patriots? They’re American-born Assyrians who have served in the United States military – from the Marines to the Navy to the Air Force to the special operations forces. They are the ones who are advising them,” he told Breitbart News.

“If you cannot trust Americans who support those Assyrians on the ground who have taken their advice, then I don’t know who you can trust in the region,” added Sangari.

Lobbyist Islamist groups in Washington, D.C. have proven to be a barrier for the Assyrian Army’s repeated request for U.S. support, acknowledged Sangari. “One of the biggest obstacles we run into are the Islamist lobby groups in Washington, D.C. who are being funded to no end to try to preach in favor of other ethnicities in the region who cannot even manage and administer their own areas,” he said. “Because of that the Assyrians have not been able to get the support they need.”

President Obama has acknowledged that ISIS is carrying out genocide against Iraqi Christians. Yet he has done nothing to help the Assyrian Army, according to the Lt. Col. Sangari. It appears that President Obama’s military advisors do not understand that Assyrians are united under one common goal — to protect their historical homeland, he noted.

The Assyrian army wants an enduring partnership with the U.S. and they want to fight for their historical land themselves. “The Assyrian Army wants to fight, the problem is that you’re sending mixed signals to them every time you support different organizations, different groups, nobody really knows what your strategic plan is in the region,” said Lt. Col. Sangari when asked what message he had for President Obama.

There are hundreds of fighters in the Assyrian Army, including women and foreigners. Americans, French, Spaniards, Germans, and Australians are among the handful of Westerners who have joined the force.

The Assyrian Army has not received military support from any governments, asserted the lieutenant colonel. Iran did send humanitarian aid to Assyrians in the region at the request of Assyrians in Iran. The aid went to the families of the Assyrian fighters.


The Assyrian Army has established The United Assyrian Appeal foundation where people can donate money to the families of the Assyrian soldiers who are fighting ISIS on the ground. 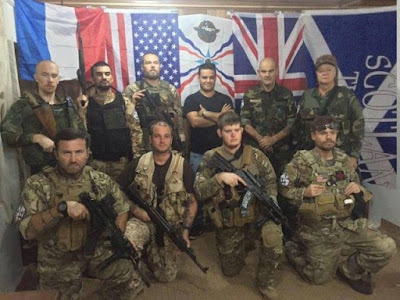