It’s a model minus the one-man rule that could be repeated in Pakistan as newly sworn-in prime minister Imran Khan, confronted with a financial crisis, decides whether to turn to the International Monetary Fund (IMF) or rely on China and Saudi Arabia for relief.

Pakistan, like Turkey, has over the years frequently knocked on the IMF’s doors, failing to have turned crisis into an opportunity for sustained restructuring and reform of the economy. Pakistan could in the next weeks be turning to the IMF for the 13th time, Turkey, another serial returnee, has been there 18 times.

In Turkey and China, the debt-driven approach sparked remarkable economic growth with living standards being significantly boosted and huge numbers of people being lifted out of poverty. Yet, both countries with Turkey more exposed, given its greater vulnerability to the swings and sensitivities of international financial markets, are witnessing the limitations of the approach.

So are, countries along China’s Belt and Road, including Pakistan, that leaped head over shoulder into the funding opportunities made available to them and now see themselves locked into debt traps that in the case of Sri Lanka and Djibouti have forced them to effectively turn over to China control of critical national infrastructure or like Laos that have become almost wholly dependent on China because it owns the bulk of their unsustainable debt.

The fact that China may be more prepared to deal with the downside of debt-driven development does little to make its model sustainable or for that matter one that other countries would want to emulate unabridged and has sent some like Malaysia and Myanmar scrambling to resolve or avert an economic crisis.

Malaysian Prime Minister Mahathir Mohamad is in China after suspending US$20 billion worth of Beijing-linked infrastructure contracts, including a high-speed rail line to Singapore, concluded by his predecessor, Najib Razak, who is fighting corruption charges.

Mr. Mahathir won elections in May on a campaign that asserted that Mr. Razak had ceded sovereignty to China by agreeing to Chinese investments that failed to benefit the country and threaten to drown it in debt.

Debt-driven growth could also prove to be a double-edged sword for China itself even if it is far less dependent than others on imports, does not run a chronic trade deficit, and doesn’t have to borrow heavily in dollars.

With more than half the increase in global debt over the past decade having been issued as domestic loans in China, China’s risk, said Ruchir Sharma, Morgan Stanley’s Chief Global Strategist and head of Emerging Markets Equity, is capital fleeing to benefit from higher interest rates abroad.

“Right now Chinese can earn the same interest rates in the United States for a lot less risk, so the motivation to flee is high, and will grow more intense as the Fed raises rates further,” Mr. Sharma said referring to the US Federal Reserve.

Mr. Erdogan has charged that the United States abetted by traitors and foreigners are waging economic warfare against Turkey, using a strong dollar as ''the bullets, cannonballs and missiles.''

Rejecting economic theory and wisdom, Mr. Erdogan has sought for years to fight an alleged ‘interest rate lobby’ that includes an ever-expanding number of financiers and foreign powers seeking to drive Turkish interest rates artificially high to damage the economy by insisting that low interest rates and borrowing costs would contain price hikes.

In doing so, he is harking back to an approach that was popular in Latin America in the 1960s and 1970s that may not be wholly wrong but similarly may also not be universally applicable.

The European Bank for Reconstruction and Development (EBRD) warned late last year that Turkey’s “gross external financing needs to cover the current account deficit and external debt repayments due within a year are estimated at around 25 per cent of GDP in 2017, leaving the country exposed to global liquidity conditions.”

With two international credit rating agencies reducing Turkish debt to junk status in the wake of Turkey’s economically fought disputes with the United States, the government risks its access to foreign credits being curtailed, which could force it to extract more money from ordinary Turks through increased taxes. That in turn would raise the spectre of recession.

“Turkey's troubles are homegrown, and the economic war against it is a figment of Mr. Erdogan's conspiratorial imagination. But he does have a point about the impact of a surging dollar, which has a long history of inflicting damage on developing nations,” Mr. Sharma said.

Nevertheless, as The Wall Street Journal concluded, the vulnerability of Turkey’s debt-driven growth was such that it only took two tweets by US President Donald J. Trump announcing sanctions against two Turkish ministers and the doubling of some tariffs to accelerate the Turkish lira’s tailspin.
Mr. Erdogan may not immediately draw the same conclusion, but it is certainly one that is likely to serve as a cautionary note for countries that see debt, whether domestic or associated with China’s infrastructure-driven Belt and Road initiative, as a main driver of growth.

Myanmar’s government is reviewing a $9bn deepwater port project backed by China over concerns it is too expensive and could ultimately fall under Beijing’s control if Myanmar were to default on its debt.

Two people with direct knowledge of the discussions within Aung San Suu Kyi’s government said that economic officials were looking for ways to negotiate down costs for the planned port at Kyaukpyu in Myanmar’s western Rakhine state.

The port is set to give China’s south-west a direct trading corridor to the Indian Ocean via Myanmar, allowing companies to avoid the Malacca Straits if needed. As such, it is part of Beijing’s $1tn push to shore up transport and energy supply routes across Eurasia under its so-called Belt and Road Initiative. The port at Kyaukpyu will be one of the biggest infrastructure projects in Myanmar’s history.

The project “should be welcomed as a useful addition to the country’s stock of infrastructure,” said Sean Turnell, an Australian academic who advises Myanmar’s government on economic policy, However, he added: “It would seem at first glance also to be a project that comes at excessive financial cost and, with this, poses grave risks for Myanmar it may require the country to take on to participate.”

The current estimated costs of the port, which sits at the terminus of recently built oil and gas pipelines that run to southern China’s Yunnan province, are about $7.5bn, with another $2bn envisaged for an adjoining economic zone.

The project is due to be built by a consortium led by Citic Group, one of China’s largest and most powerful state-backed conglomerates. Citic won a tender in 2015, with the Chinese side taking 70 per cent and Myanmar’s government and local companies taking 30 per cent.

“A port of [that] scale that could be usefully employed by Myanmar, under any plausible scenario, should cost just a fraction of this,” said Mr Turnell, an economics adviser who is on secondment from Australia’s Macquarie University as a close adviser to Myanmar’s government. He noted that his comments were his “personal assessment” but also confirmed that officials were looking at ways to negotiate the project’s cost down.

A second foreign official in Myanmar briefed on the discussions inside the government was blunter, saying the project was giving policymakers “nightmares”, amid fears the port could come under Chinese control if Myanmar failed to service its debt.

“If the project doesn’t do well, there is the risk of defaulting and becoming a Chinese-owned port,” said the official, who asked not to be quoted by name because of the sensitivity of the project.

Similar problems have already arisen elsewhere in Asia. Sri Lanka last year handed control of its port at Hambantota to China on a 99-year lease after failing to pay the project’s debts.

Mr Turnell estimated that the amount of debt Myanmar would need to take on for its share of the project would be about $2bn, or about 3 per cent of GDP, representing what he called “a substantial addition to the country’s debt stock”.

Citic Construction did not respond to an emailed request for comment, and Myanmar’s government did not respond to requests for comment. Myanmar’s review of the project comes at a delicate time for the country, as it faces condemnation from western countries over its recent military crackdown on Rohingya Muslims, which some analysts believe could push the country into China’s orbit.

The country’s previous government angered China in 2011 by suspending the $1.5bn Myitsone dam project in northern Myanmar, which it shelved because of its environmental and social impact. 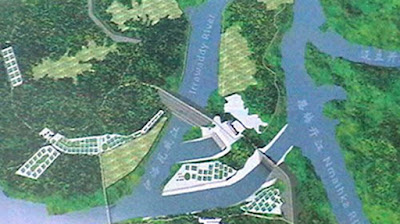 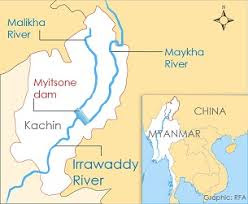