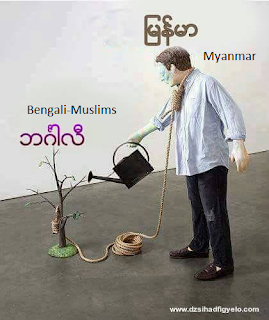 West and aggressive Muslim nations must gauge pent-up anger against Rohingyas: Of late, Myanmar State Counsellor Aung San Suu Kyi has been a punching bag for all leaders from the West and the East, the Christian and the Muslims.

The US Vice President Mike Pence could not let go of such an opportunity in a bilateral meeting with her on the sidelines of the 33rd annual summit of the Association of Southeast Asian Nations (ASEAN) in Singapore on November 14. The Myanmar leader rightly rebuffed criticism from Pence (and also other leaders) over her government’s treatment of ethnic Rohingya Muslims.

Pence was “anxious to hear about progress” in resolving the crisis stemming from a retaliatory military crackdown in Rakhine state that the United Nations (UN) has called ethnic cleansing.”The violence and persecution by military and vigilantes that resulted in driving 700,000 Rohingya to Bangladesh is without excuse,” Pence said and was eager to know how Myanmar will enable the Rohingya to voluntary return home.


He criticised the arrest and conviction of two Reuters journalists as deeply troubling and emphasized the importance of a free and independent press. The US Vice President attended ASEAN and the summit of the Asia-Pacific Economic Cooperation forum in Papua New Guinea in Trump’s stead.

Malaysian Prime Minister Mahathir Mohamed was not far behind. He had made an unusually harsh public criticism of Suu Kyi earlier, saying that as a former political prisoner, she should better understand suffering. He said the treatment of the Rohingya was “indefensible”.

(Blogger’s notes: Zakir Nayak claimed 9/11 was an inside job done by George W. Bush himself. He said gays must be killed and wife beating is allowable practice in Islam and women wearing bikinis and other skimpy dresses deserved to be gang-raped. He is believed to be the mastermind behind the Dhaka terrorist attack.) 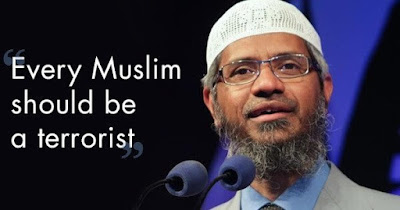 Myanmar’s government and most of the nation’s Buddhist majority regard the members of the Muslim minority as “Bengalis” who migrated illegally from Bangladesh. They do not acknowledge the Rohingya as a local ethnic group even though they have lived in Myanmar for generations.

As Bangladesh authorities ready plans to repatriate 2,200 Rohingya refugees to Myanmar the UN officials urge caution fearing danger to their lives. The UN human rights office has received reports of rights violations in Rakhine state, “which include allegations of killings, disappearances and arbitrary arrests”. Some 130,000 people, including many Rohingya, remain internally displaced in central Rakhine. The UNHCR also has also advised against the returns. All these reflect public anger against Rohingyas.

The vast landscape right from Iran, Afghanistan, Pakistan, India, Bangladesh and Myanmar down to Malaysia and Indonesia were once populated by peace loving people with rich local cultures and resplendent religious traditions like Zoroastrianism, Hinduism, and Buddhism that taught tolerance.

The sword-wielding Muslim invaders ran over the entire region totally destroying in the process cultures and religions nurtured over millennia. Neither the UN nor the west nor the Muslim nations prophesising proselytising religions like Christianity and Islam understand the depth of public anger against the invaders accumulated over centuries.

Things in Ayodhya (India) and Rakhine (Myanmar) is reflective of peace-loving religions reaching the elastic lag end of their tolerance with hooliganism. The centuries-old patience is now wearing thin, as the pent up anger bursts forth to the surface.

Now it is the Islamists’ turn to tolerate this transient fleeting phase without much hullabaloo. The pseudo-intellectuals, pseudo- secularists and pseudo- human right activists should understand, appreciate and respect the angst of the masses accumulated over centuries against the religious iconoclasts and vandals. 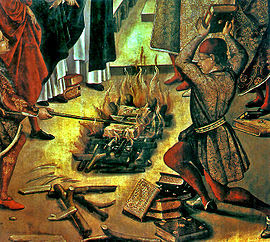