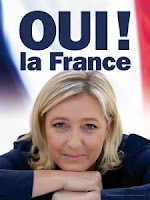 The UN Global Compact will be signed next week in Marrakesh by an ever-decreasing number of countries. At this point it is essentially an agreement by Britain, France, Germany, Canada, the Netherlands, Sweden, and a few other European countries to take in any and all third-world migrants who want to enter.

Since the Schengen Agreement will allow those migrants to disperse to non-signatory European countries, the pact will have an effect on all of Western Europe. Mind you, the signatory countries are also the preferred destinations for migrants, generally speaking, so most of them will tend to stay in the Big Five.


This is a significant event for those unfortunate enough to live in the signatory states. Ms. Le Pen provides an invaluable summary of the major features of the pact, and describes the pernicious effect it will have on France and the rest of Europe.

What they aren’t telling you about OIC-initiated UN Global Migration Compact is the reason more and more nations have decided not to sign onto it. So far, countries that have pulled out are the United States, Hungary, Austria, Croatia, Poland, Czech Republic, Bulgaria, Romania, Israel, Estonia, Australia, Italy, Belgium, and Switzerland.

Global Compact on Migration creates favourable routes for Islamic migration.  Thus, it is essential to know the Islamic political principle of hijra (Islamic migration). Hijra follows the example set by Mohammed and referred to in the Koran.  Hijra is socially and economically beneficial to Islam. If not resisted by legal means, it is the way to gradually annihilate the non-Islamic host culture and replace it with an Islamic civilisation.

Koran 2:218: "Indeed, those who have believed and those who have emigrated and fought in the cause of Allah – those expect the mercy of Allah. And Allah is Forgiving and Merciful." (see also Koran 8:72, 9:20)

In 1973, Economic European Community and the Arab League established the Euro-Arab Dialogue (EAD). Under the name of dialogue, they created a political and legal superstructure that encompasses the entire Euro-Arab relationship. Among other agreements, migration was addressed as an important component of the relationships, and it was demanded by the Arab Association:

“The association requires European governments to arrange legal provisions concerning the free movement... and respect for the fundamental rights of immigrant workers in Europe: these rights must be equivalent to those of national citizens.”

The overall goal is to establish regular migration mainly for ever-multiplying Muslims. “Regular Migration” is mentioned 25 times in the Pact. The summary of the objectives and actions identify a migrant as not a subject to European Law, European Law has to change to simplify the process of arrival and settlement of migrants according to their culture. 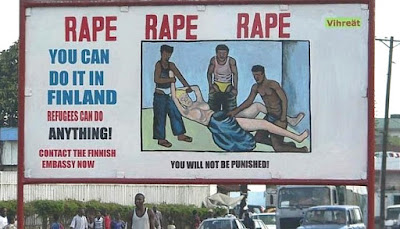 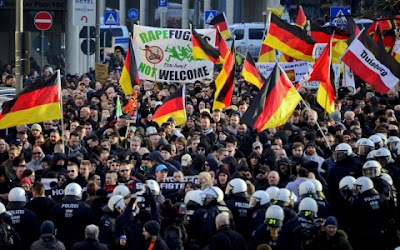