(Kevin Nguyen’s article from the ABC AUSTRALIA on 10 November 2019.) 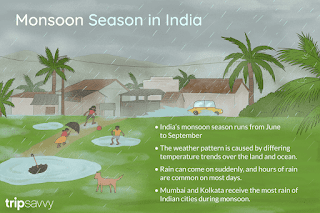 Wild Fires in NSW partly caused by delayed monsoons in India, experts say: NSW's fire boss said the state had never seen anything like it before. And, a weather system thousands of kilometres away is at least partly responsible, experts say.

Trent Penman is an associate professor at the University of Melbourne who studies the behaviour and formation of bushfires using real depictions of fuel, weather and topography. He said the bushfires could be partly explained by monsoon season ending late in India.


"The global systems are all linked … we can't dissociate them," Dr Penham said. "But … if you're sitting in one area it's very hard to imagine that the weather 10,000 kilometres away is actually going to have an impact."

The south-west monsoon in Asia typically occurs between June and September every year — those winds then leave the region and move south. However, this year the record-breaking rainfalls didn't retreat from India until mid-October. This led to a delay to the big wet in Darwin and therefore left the eastern coast dry and fire-prone.

"The rain that may normally occur in these regions at this time hasn't actually come down due to that global event," Dr Penham said. "And so because of that these regions are hot, dry and windy. These are the perfect conditions for extreme fires like what we're seeing at the moment."

RFS commissioner Shane Fitzsimmons said drought conditions were to blame for the magnitude of the infernos. "I could only recall a figure of 10 [emergency bushfire warnings] that we got to, which is an extraordinary event in years past," Commissioner Fitzsimmons said. "We just cannot overstate the influence of the drought-stricken landscape."

The drought has also made regional towns particularly vulnerable to fire damage, according to Justin Leonard, who leads the bushfire adaptation research at the Commonwealth Scientific and Industrial Research Organisation (CSIRO).

"People may not be completely aware that those dry conditions also mean that your house and all the things around it — the fences, retaining walls and ground covers — are also much drier than they normally would be," he said. "Therefore it's very easy to ignite."

The fires have been so intense, they have created their own weather systems. Port Macquarie residents described "apocalyptic" conditions where embers and ash fell from the red skies as thick dark smoke engulfed the regional centre.

For similar reasons, storm clouds appear above an erupting volcano — the combination of heat and wind creates a convection effect which resembles a hellscape for the people within. Dr Penman said these made fires more unpredictable and "very dangerous" for firefighters. 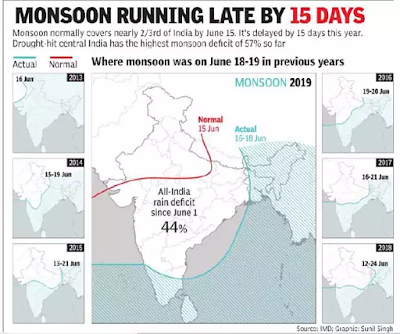 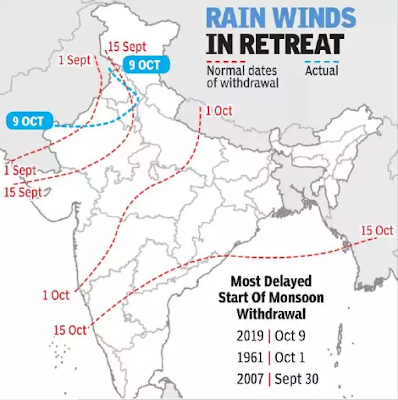 The noun Monsoon is: 1) a seasonal prevailing wind in the region of South and SE Asia, blowing from the south-west between May and September and bringing rain (the wet monsoon ), or from the north-east between October and April (the dry monsoon ). 2) the rainy season accompanying the wet monsoon.

A monsoon is a seasonal change in the direction of the prevailing, or strongest, winds of a region. Monsoons cause wet and dry seasons throughout much of the tropics. Monsoons are most often associated with the Indian Ocean. Monsoons always blow from cold to warm regions. The summer monsoon and the winter monsoon determine the climate for most of India and Southeast Asia.

The summer monsoon is associated with heavy rainfall. It usually happens between April and September. As winter ends, warm, moist air from the southwest Indian Ocean blows toward countries like India, Sri Lanka, Bangladesh, and Myanmar. The summer monsoon brings a humid climate and torrential rainfall to these areas.

India and Southeast Asia depend on the summer monsoon. Agriculture, for example, relies on the yearly rain. Many areas in these countries do not have large irrigation systems surrounding lakes, rivers, or snowmelt areas. Aquifers, or supplies of underground water, are shallow.

The summer monsoon fills wells and aquifers for the rest of the year. Rice and tea are some crops that rely on the summer monsoon. Dairy farms, which help make India the largest milk producer in the world, also depend on the monsoon rains to keep cows healthy and well-fed.

Industry in India and Southeast Asia also relies on the summer monsoon. A great deal of electricity in the region is produced by hydroelectric power plants, which are driven by water collected during the monsoons. Electricity powers hospitals, schools, and businesses that help the economies of these areas develop.

When the summer monsoon is late or weak, the region's economy suffers. Fewer people can grow their own food, and large agribusinesses do not have produce to sell. Governments must import food. Electricity becomes more expensive, sometimes limiting development to large businesses and wealthy individuals. The summer monsoon has been called Indias true finance minister.

Heavy summer monsoons can cause great damage. Residents of such urban areas as Mumbai, India, are used to the streets flooding with almost half a meter (1.5 feet) of water every summer. However, when the summer monsoon is stronger than expected, floods can devastate the region. In cities like Mumbai, entire neighborhoods can be drowned. In rural areas, mudslides can bury villages and destroy crops.

In 2005, a strong monsoon devastated western India. As the summer monsoon blew in from the southwest, it first hit the state of Gujarat. More than 100 people died. Then, the monsoon rains hit the state of Maharashtra. Flooding in Maharashtra killed more than 1,000 people. On July 26, 2005, the city of Mumbai, Maharashtra, received almost a meter (39.1 inches) of rain.

The Indian Oceans winter monsoon, which lasts from October to April, is less well-known than its rainy summer equivalent. The dry winter monsoon blows from the northeast. These winds start in the air above Mongolia and northwestern China.

The Asian-Australian monsoon, which includes the Indian Ocean, stretches from northern Australia to Russias Pacific coast. This huge monsoon wind system then stretches into the Indian Ocean. Finally, it reaches its end on the Indian coast of Africa. 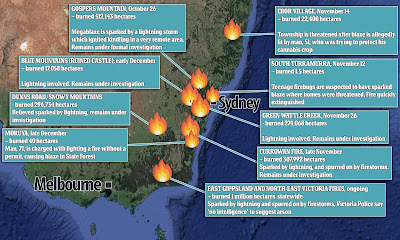 Australian law enforcement has arrested over 180 people for arson in connection with the nation’s raging bushfires, as alarmists try to pin the blazes on “climate change.” All of the 183 alleged arsonists have been arrested since the start of this year’s bushfire season, the Australian reported Tuesday, adding that 29 fires were deliberately started in the Shoalhaven region of southeast New South Wales (NSW) in just three months.

Drawing on data from NSW Bureau of Crime and Statistics and Research, the newspaper reported that “183 people have been charged or cautioned for bushfire-related offences since November 8, and 24 arrested for deliberately starting bushfires.”

The extent of the arson is vast, as police have arrested people for lighting bushfires across Queensland, NSW, Victoria, South Australia, and Tasmania in the past few months, police data reveals. In Queensland alone, 101 people have been detained for setting fires in the bush, 32 adults and 69 juveniles, police noted.

According to professor Janet Stanley of Melbourne University, the arsonists are typically young males, aged 12 to 24, or older men in their 60s. Meanwhile, alarmists (including that famous Sir David Attenborough) have been excitedly pointing to the bush fires as evidence of a worldwide climate emergency caused by fossil fuel emissions.

On New Year’s day, the Guardian published an essay by Michael Mann, arguably the world’s preeminent climate alarmist, who said he was “watching climate change in action” while on holiday in Australia. In his article “Australia, your country is burning – dangerous climate change is here with you now,” Mann claimed he was witnessing the devastating effects of climate change “first hand.”

Best known for his debunked “hockey stick” graph showing supposedly unprecedented 20th-century global warming after centuries of allegedly stable temperatures, Mann wrote that instead of “vast expanses of rainforest framed by distant blue-tinged mountain ranges,” he looked out into “smoke-filled valleys, with only the faintest ghosts of distant ridges and peaks in the background.”

“The brown skies I observed in the Blue Mountains this week are a product of human-caused climate change,” Mann asserted. “The warming of our planet – and the changes in climate associated with it – are due to the fossil fuels we’re burning: oil, whether at midnight or any other hour of the day, natural gas, and the biggest culprit of all, coal,” he declared.

Australians “need only wake up in the morning, turn on the television, read the newspaper or look out the window to see what is increasingly obvious to many – for Australia, dangerous climate change is already here,” Mann stated.