Qassem Soleimani, leader of Iran's Quds Force, killed in US air strike on Baghdad airport: The United States killed Iran's most powerful general in an air strike at Baghdad's international airport on Friday, on the direct orders of President Donald Trump.

Major-General Soleimani and Iraqi militia commander Abu Mahdi al-Muhandis were killed in the strike on their convoy near the Baghdad airport, an Iraqi militia spokesman told Reuters. "The American and Israeli enemy is responsible for killing the mujahideen Abu Mahdi al-Muhandis and Qassem Soleimani," said Ahmed al-Assadi, a spokesman for Iraq's Popular Mobilisation Forces umbrella grouping of Iran-backed militias.

"This strike was aimed at deterring future Iranian attack plans," the Pentagon said in a statement. It said the military took "decisive defensive action to protect US personnel abroad by killing Qassem Soleimani" and that it considered the Quds Force to be a foreign terrorist organisation.

"He had orchestrated attacks on coalition bases in Iraq over the last several months — including the attack on December 27 — culminating in the death and wounding of additional American and Iraqi personnel. [He] also approved the attacks on the US Embassy in Baghdad that took place this week."

In the December 27 incident, a US civilian contractor was killed during a rocket attack on a US military base in northern Iraq. The US military retaliated by carrying out air strikes against Iranian-linked militia fighters in Iraq and Syria. This in turn led to hundreds of pro-Iranian protesters and militia attempting to storm the US embassy in Baghdad on New Year's Eve. 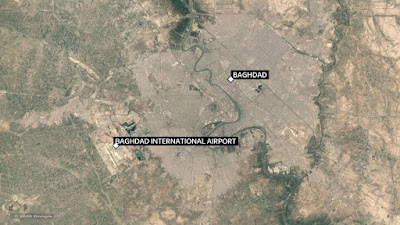 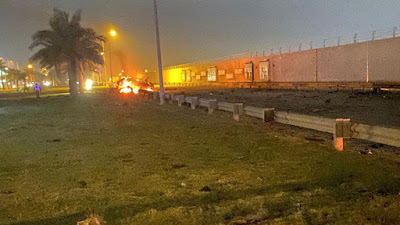 'This is bigger than taking out bin Laden'

A former commander of Iran's Revolutionary Guards, Mohsen Rezaei, vowed "vigorous revenge" against America for the killing of General Soleimani, describing him as a "martyr". "Martyr Lieutenant General Qassem Soleimani joined his martyred brothers, but we will take vigorous revenge on America," Mr Rezaei said in a post on Twitter.

Iranian Foreign Minister Mohammad Javad Zarif said the assassination would strengthen resistance against the US and Israel in the region and the world, Iranian state television reported. "The brutality and stupidity of American terrorist forces in assassinating Commander Soleimani … will undoubtedly make the tree of resistance in the region and the world more prosperous," Mr Zarif said in a statement.

Academic Ranj Alaaldin, author of Sacred Warriors, a recent book on Shiite militias and the future of Iraq, said on Twitter that the significance of the hit could not be overstated. "Make no mistake — this is bigger than taking out Osama bin Laden," he wrote. General Soleimani, who was responsible for coordinating foreign military actions, survived several assassination attempts against him by Western, Israeli and Arab agencies over the past two decades.

Earlier this week, top Iraqi militia commander al-Muhandis, also known as Jamal Jaafar Ibrahimi, warned of a strong reaction against US forces following air strikes. "The blood of the martyrs will not be in vain and our response will be very tough on the American forces in Iraq," he said. 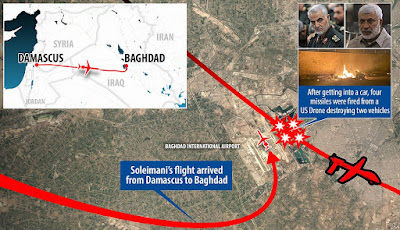 Mr Trump tweeted a photo of the American flag without explanation just moments before the US claimed responsibility for the air strike. The US is now urging citizens to leave Iraq "immediately", citing "heightened tensions in Iraq and the region".

"Due to Iranian-backed militia attacks at the US Embassy compound, all consular operations are suspended. US citizens should not approach the Embassy," the US State Department said in a statement.

House Speaker Nancy Pelosi said the Trump administration conducted the airstrike without consulting Congress or having any authorisation to use military force against Iran. She said the move "risks provoking further dangerous escalation of violence." Democratic presidential candidate Joe Biden said Mr Trump had "tossed a stick of dynamite into a tinderbox". The former vice-president joined other Democratic White House hopefuls in criticising Mr Trump's order, saying it could leave the US "on the brink of a major conflict across the Middle East."

Democrats also acknowledged the threat formerly posed by General Soleimani, with Senator Elizabeth Warren calling him "a murderer, responsible for the deaths of thousands, including hundreds of Americans." However she added, Mr Trump's "reckless move escalates the situation with Iran and increases the likelihood of more deaths and new Middle East conflict." 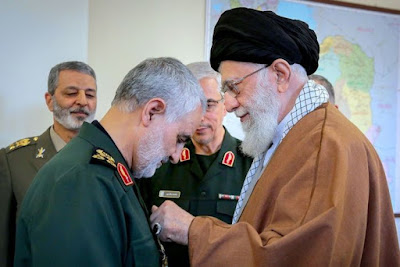 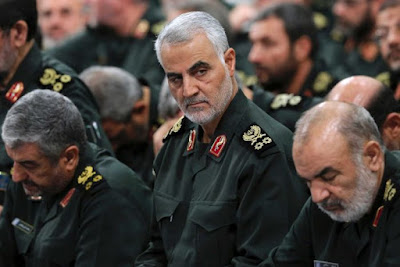 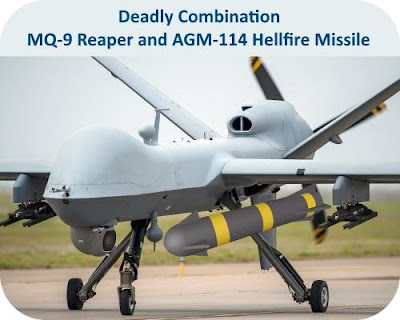 What is the Quds Force, the elite Iranian military unit?

The Quds Force, a U.S.-designated Foreign Terrorist Organization (FTO), has been doing the dirty work behind the scenes for Iran for decades, playing divide and conquer. The elite paramilitary arm of Iran's Islamic Revolutionary Guard Corps (IRGC) built up an extensive network in the war-torn country, recruiting Iraqis and supporting not only Shiite militias but also Shiites allied with Washington, D.C.

The Quds Force and other elements operate covertly or sometimes openly overseas, working with Hezbollah of Lebanon, Shiite militias in Iraq and Shiites in Afghanistan. Ali Alfoneh, an Iranian-born scholar at the Foundation for the Defense of Democracies, cast the strategy of the Quds Force as reflecting a larger trend in Iranian society: its slow transformation from a radical Islamic theocracy to a military dictatorship, with the IRGC assuming ever greater powers.

President Trump ordered the game-changing U.S. military airstrike on Friday that killed the Quds Force leader, Iranian Gen. Qassim Soleimani, the Pentagon confirmed. Soleimani is the military mastermind who was the long-running leader of the elite intelligence wing -- which itself has been a designated terror group since 2007 -- and is estimated to be 20,000 strong. Considered one of the most powerful men in Iran, he was routinely referred to as its “shadow commander” or “spymaster.” 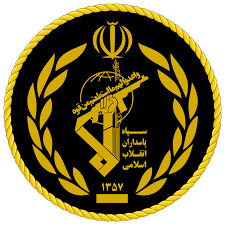 “He is the individual most responsible for the destabilization and inflammation of sectarian tensions that Iran has sown throughout the Middle East. Soleimani is begrudgingly considered by his adversaries to be a brilliant strategist due to his pioneering of Iran’s asymmetrical warfare doctrine,” Jordan Steckler, a research analyst with opposition group United Against Nuclear Iran (UANI), said last May.

“Despite being outmanned, outgunned and outspent by its adversaries, Soleimani has employed tactics including terrorist attacks, covert operations and the outsourcing of fighting to foreign militias to undermine the sovereignty of neighboring states and expand Iran’s military and diplomatic influence," he added.

The Quds Force was designated a Foreign Terrorist Organization (FTO) by the United States in April 2019. It was the first time the U.S. designated the arm of another government as an FTO. The U.S. and European Union have accused the Quds Force of providing weapons and other material support to help President Bashar al-Assad suppress the uprising in Syria.

Military analysts said the IRGC began deploying fighters abroad during the Iran-Iraq War from 1980 to 1988, "exporting the ideals of the revolution throughout the Middle East." The Quds Force emerged as the de facto external affairs branch during the corps' expansion. In Afghanistan, the Quds Force supported the anti-Taliban Northern Alliance starting in the mid-1990s.

In 2001, it shared intelligence with the United States to topple the Taliban, reportedly prompting Soleimani to remark that "maybe it’s time to rethink our relationship with the Americans." Relations soured in 2002, and U.S. officials have since accused the Quds Force of arming and training the Taliban, a useful tool to counter U.S. influence on Iran’s borders.

"What Quds does is very specialized, the most dangerous work, operating underground," Mahan Abedin, an Iran expert and the research director at the London-based Center for the Study of Terrorism, said in 2007.

The Quds Force -- whose name means "Jerusalem" in Farsi and Arabic -- is the most elite and covert of Iran's military branches. Over the past two decades, the corps is believed to have helped arm and train the Hezbollah guerrilla group in Lebanon, Islamic State (ISIS) fighters in Bosnia and Afghanistan, and even Sudanese troops fighting in South Sudan.

The force is part of Iran's Revolutionary Guards, which are separate from the regular military, report directly to Iran's Supreme Leader and are tasked with protecting Iran's Islamic government. The Quds Force, first formed in the 1980s and picked from the very best of the IRGC, is its special branch for operations outside Iran. 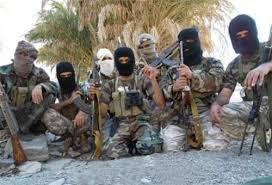 Related posts at following links:
US-Controlled Iraq Near Collapse: Repeat Of 1979 Iran?
Posted by Hla Oo at 5:58 AM