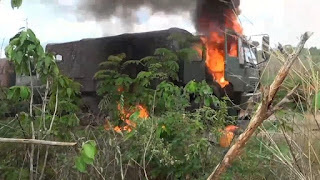 The ambushers had targeted the last four trucks after letting other 19 trucks at the front pass them. Several army officers including a Lieutenant Colonel and one Captain on the last four trucks were killed. The front trucks didn't dare to stop and help their trapped comrades. They just sped away leaving their troubled comrades behind. Bloody COWARDs!

Brave people of Burma has been fighting back Myanmar Army after that mad army chief General MAH refused to retire at 65 and staged the brutal and bloody coup against popularly-elected ASSK’s NLD government in February last year. 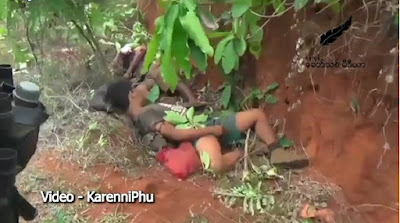 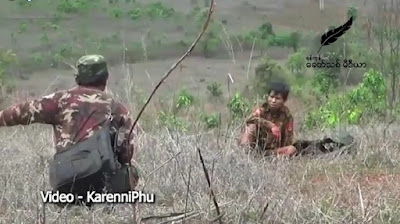 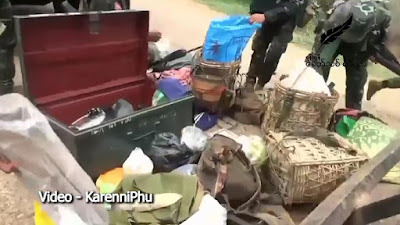 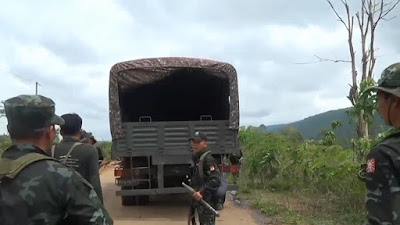 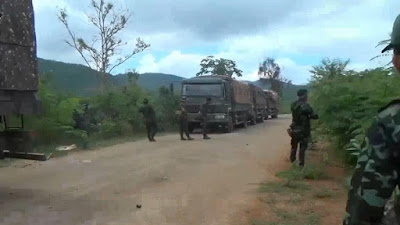 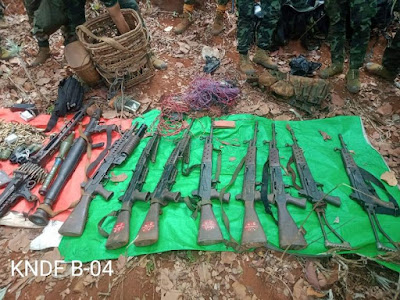 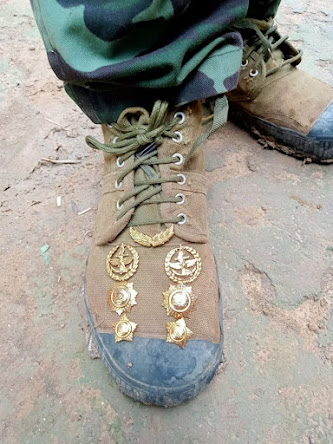 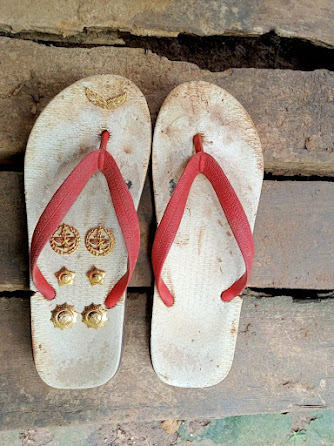 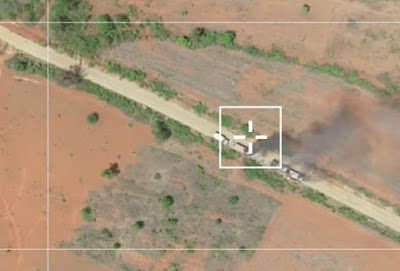