The Scourge of Burma - Part 5

In 1992 a large engineering company had bought our little company out.
We were massively losing money in the recession and so our young owner had sold us out instead of going under. The other company was doing well and rather than paying tax on the profit they spent the profit on acquiring our operation.
Not only they bought us out they also shifted us to their huge compound in an Industrial park in Silverwater near the Remand Centre. I was promoted to Production Manager as they had a grand plan of expansion for our operation. 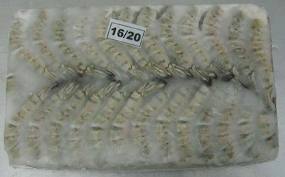 Private companies are formed and anyone with capital and overseas contacts are trying to export anything and everything. The Burmese Military itself has formed a primary holding entity called Myanmar Economic Holdings Ltd. and been known to be running many small cold storages all over Burma.
Mr. Woo told me all I need to know about the prawn trade and showed me around his enormous cold storage facility that day. What I had to do now was go back Rangoon and find out if I could gather a 20 foot container load or 20 tons of raw-prawn-meat for his company. If I could he wanted to know how much it would cost on board Rangoon port. He called it FOB price. He said the right price would be about 100,000 US Dollars for the first container.
If the price is right and if I am confident I can ship a container load of prawn to Sydney I have to call him. He will then open a LC (Letter of Credit) worth 100,000 US$ to the Burmese company of my choosing in Rangoon and I will have to finish the job. I have to come back Sydney once the container leaves Rangoon Port and wait for the arrival of the container as it will take about 3-4 weeks through Singapore. We then have to open the refrigerated container (Reefer) and if the goods are satisfactory I will get 5,000 dollars as my commission.
I have to bear the cost of travelling back and forth between Rangoon and Sydney and that alone will eat the first commission. But once a reliable flow is established he will lift the volume and take at least 5 container loads of prawn a trip if I can find that many, and I will then make a decent amount of money. I could probably be earning 20,000 dollars bi-monthly. I was pleased and accepted his offer.  Nothing could go wrong and I would be going home too, I was thinking. How wrong I was then.
Before I left his place he said he had to warn me before I go to Rangoon. So I sat back down on my seat at his desk. He then asked me to promise that I wouldn’t be involving in the heroin trade. It shocked me.
Why would I be involving in the drug trade, I asked. I used to bring prawn containers from Vietnam to Hong Kong man years ago while I was still living there, he said. After many containers the Vietnamese guy I worked with then hid heroin bricks from Vietnam in the prawn blocks without telling me.
The Vietnamese got away with first few containers but the Hong Kong police eventually raided his cold storage and opened one of his containers. Every prawn block was broken and the cops found 20 kilos or 20 bricks of Double UOGlobe Brand pure heorin from the Golden Triangle and he was arrested. It took him many years and millions of HK dollars to clear his name and finally he had to leave Hong Kong for Australia.
He didn’t want the same thing repeating here and so he wanted me to promise that I wouldn’t be involving in the heroin trade as Burma is the main source of all the heroin in South East Asia. Also please do not lie to me, truth always comes out, he said. I eagerly promised and he let me go.
Next day I flew to Rangoon via Singapore.
The Scourge of Burma - Part 1
The Scourge of Burma - Part 6
Posted by Hla Oo at 4:00 AM