Biggest Vein of Gold in the World?

The biggest gold vein in the world has been discovered in Burma. The gigantic gold vein is mainly located in the Mae-wai region of Karen State but it reaches Toungoo area in the Pegu District through the Kyaik-htee-yoe region in the Mon State. About ten miles wide at some places and almost 120 miles long?
Above was the gist of what U Soe Thein, a retired Geology Professor from the century-old Rangoon University and the Managing Director of Myanmar Adventure Metal International Mining Ltd based at Pegu in Burma, proudly said of the mineral discovery of his lifetime. The vein doesn’t stop at Burma as it continues under the sea and resurfaces at Indonesia.
According to Soe Thein it took NASA’s LANDSAT-7 satellite at six orbital locations to photo-survey the whole Burma’s part of the massive vein. The conservatively estimated concentration of pure gold is 20 grams per a ton of rock ore.

Mae-wai in the Karen State is the most concentrated part of the gold vein but the location is in the remote jungles of Karen State virtually controlled  by the armed-insurgents from the KNU and the KNU’s licensed miners have been extracting tons of gold from the area last few years. High grade gold presently being extracted in large quantities from Shwe Kyin gold mines are part of that vein.
Maybe the Canadian goldmining conglomerate Ivanhoe will come back to resume their pilot gold mine at Modi-Taung Mount at 150 km southeast of Mandalay in Central Burma. In December 2001 Ivanhoe’s geologists discovered 3,475 Grams/Ton very-high-grade gold at the Block-10 of Modi-Taung Project.
Ivanhoe was forced to abandon the project in 2007 as the relentless pressure from pro-democracy groups like Canadian Friends of Burma finally became unbearable. It basically sold all its assets and projects to Norinco a Chinese weapon manufacturing firm.


Maybe Ivanhoe is already back in Burma now because of all the favourable political situations. We just do not know yet!

(This latest Burma Mining update was from AFP March 15.)

The Philippines’ largest gold miner said Wednesday it is keen to invest in Burma as the former military-ruled state makes tentative political reforms and tries to lure investors with tax breaks.

“Myanmar [Burma] is opening up and a lot of businesses are really looking at that country. We do not want to be left behind,” he said.

He said Philex was eyeing metallic minerals and even natural gas in Burma, but did not disclose which local companies they were dealing with.

“We are looking at the regulatory framework, the political landscape, how business is run there, who are the people to talk to. This is the regular due diligence that companies do,” Toledo said.

The company, which posted a record net income of 5.8 billion pesos ($US136 million) in 2011, is also eyeing investments in gold and copper in Indonesia, Toledo said.

He stressed the talks were exploratory and that no commitments had been made. 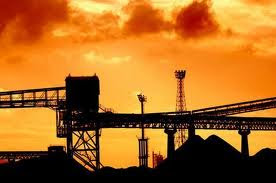