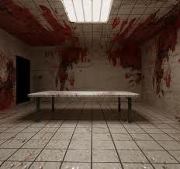 ************************
(Born in 1976 Ye Min Htun grew up in Rangoon and attended State-High-School N0-6 Bo-ta-htaung. As he wrote before his revolution began during the failed 8-8-88 Uprising tight in front of City Hall in Rangoon. During that Uprising he was the messenger taking a letter from the Student Leader Min Ko Naing direct to the protesting people of Thaya-waddy Thone-ze area.
Later he was accused and blacklisted by SLORC military Government as the hijacker of a double-decker ship he used to transport bags of rice from the Delta Town of La-but-tar to Rangoon where the critical rice shortages were during the Uprising.
After March 27, 1989 Revolution Day Protest Marches he was one of the most wanted men by the MIS and he fled to the Thai Border with many other students. Preferring underground activities to the armed-rebellion he came back to Rangoon to distribute political leaflets.
He was captured by MIS Captain Htun Kyi on 17 April 1991 and jailed many years till 10 February 1997. In 1998 he fled Burma and finally ended in Malaysia and continued his political activities there. In 2009 he was granted political asylum in US.
He is now studying his favorite subject Political Science in the Michigan State University.)
Captured and Tortured by Khin Nyunt’s MIS Men (2)
Posted by Hla Oo at 3:18 PM