(This is the repost of Nirmal Ghosh’s article “Dreams of Distant Mandalay” from his Straits Times blog blogs.straitstimes.com.)

Part of my childhood was spent in New Delhi; in the evenings I would be taken to the sprawling manicured grounds of the huge tomb of the Mughal emperor Humayun, now a World Heritage monument and one of the loveliest walks in the city, alive with peacocks calling plaintively on still late summer evenings.

Today, when I return to Delhi I go for walks in the Lodi Gardens, a huge park which houses a series of mausoleums and a big ancient mosque. In the mausoleums are the graves of the Pashtun kings of the Lodi dynasty who ruled Delhi from 1451 to 1526, before the Mughals arrived from Central Asia.

The wind blows through the big stone buildings. When you step into them the domed ceilings act like sound chambers; a pigeon cooing unseen high in the darkened roof fills it with sound.

Lord Curzon, Viceroy of India from 1899 to 1905, then called Delhi a city of 'dreary and disconsolate tombs.' The capital, so often sacked and burned, was remade and rose yet again, but indeed the history of the city can still be told in its mausoleums and memorials.

But there is one that is missing.

In a ruthless political manoeuvre, the British colonial rulers in 1858, deposed the last Mughal emperor of India, Bahadur Shah Zafar and exiled him to Yangon where he died five years later on Nov 7, 1862.

His grave quite near the Shwedagon pagoda, is today a Sufi shrine. It is well maintained, and leaders of Pakistan, India and Bangladesh have visited it. Inside are some old photographs of the deposed King; in one he is a gaunt figure, smoking a hookah pipe, as if waiting for the end. There is also a photograph of his calligraphy laced with loneliness.

It is well maintained, and leaders of Pakistan, India and Bangladesh have visited it. Inside are some old photographs of the deposed King.

I am lonely in the city, barren and dead
But who has prospered in a transitory world..
A long life I besought, these few days
Half spent in longing, half awaiting
Life comes to an end, dusk approaches
In peace I will sleep, sheltered by the grave
Zafar the wretched in his death was denied
A few feet of earth in the beloved’s street
Neither light for eyes nor solace for heart
Of use for none, I am fistful of dust..

But Bahadur Shah Zafar is at least remembered even in a quiet way 150 years later. Every evening, in the well-kept memorial opposite a small urban park and pond, local devotees gather for Sufi chants, the place echoing with the ancient sound.

Almost nobody ever visits Thibaw’s small mausoleum, about 1km from the mansion where he lived in Ratnagiri, in western India, far from his beloved Mandalay.

Thibaw was the last King of Burma, also exiled to the furthest place the British could think of at the time.

The deposing and exile of their king in November 1885 was seen as the ultimate humiliation by people in Mandalay, possibly much more so than that of Bahadur Shah Zafar, whose empire was already on its last legs and barely extended beyond the borders of Delhi.

There are numerous accounts of how the British loaded Thibaw, his Queen and their retinue onto bullock carts in Mandalay, and marched them off surrounded by British troops, as local people helplessly wept.

'British policy was to uproot the monarchy entirely and ensure that the clan of Alaungpaya would never again be a political force in Burma,' wrote historian Thant Myint U in his book, The River of Lost Footsteps.

'Dozens were sent far to the south, to Tavoy and Moulmein, and dozens of others were forced to go to India, where they were scattered in different towns and cities.'

Many of the descendants of the royals – both the Burmese and the Mughals – later were reduced to poverty.

Today, Thibaw's small mausoleum lies in the midst of shabby housing blocks. Beside it is the grave of Queen Supayagale – Thibaw’s second wife. Thanks to some repairs in 1994 by India's government, there is at least a low wall around them today; before that squatters would dry their laundry on the graves of the last King and Queen of Burma.

But in Yangon, one man refuses to forget.

U Soe Win, 64, recently retired from director general at Myanmar’s ministry of foreign affairs, is now in charge of the country’s football federation’s international affairs. He is also the great grandson of King Thibaw.

'My great grandfather’s case is a miserable and tragic story. I feel sorry for his descendants,' he told me.

U Soe Win has been waging an often lonely battle to get the remains of Thibaw back to Myanmar – and Mandalay.

The return of the remains would correct a curious anomaly, a shadow of the two countries' shared colonial past. It would also be a poignant moment for Myanmar, and especially Mandalay, the seat of the old kingdom.

U Soe Win and other members of his family visited the graves in 1993, and performed some religious ceremonies there.

Thibaw died in 1916, age 56. Queen Supayalat was allowed to return to Burma in 1919, and died there. The 'little princess' Hteik Supayagale who was also Thibaw's wife, stayed in India and died a few years later and was interred next to Thibaw.

A nationalist movement in Myanmar – then Burma – to have the remains of the couple brought back to Mandalay, came up against British resistance. The British colonial rulers did not allow it for fear it would ignite Burmese nationalism and incite a rebellion.

After independence in 1948 there came another attempt to bring back the king's remains. A committee was formed, and had Prime Minister U Nu’s support. But that effort also failed. The government was fragile at the time, embroiled in civil war, and the country still hurting from the assassination in 1947 of independence hero general Aung San – National League for Democracy leader Aung San Suu Kyi's father.

U Soe Win has written this month to both the Indian government and the Myanmar government to revive the effort. But he is still up against it.

The return of the remains would certainly trigger emotion especially in Mandalay. Myanmar has been through a lot since independence in 1948: decades of civil war and military dictatorship, ostracism and isolation. Today it is finally moving forward. 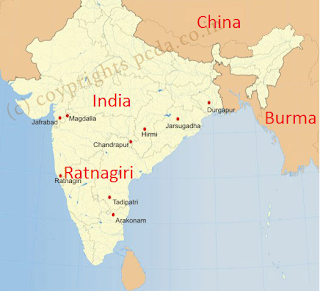 Amid this fragile transition, with Myanmar only just beginning to experience the rehabilitation of Aung San Suu Kyi and her father Aung San, whether the country wants to travel deeper back into the often bitter past now is questionable, explained a friend in Yangon.

As for the Indian government, an official asking not to be identified said: 'We will be able to do something about it if the Myanmar government asks us. So far, they have not.'

U Soe Win sees a slender ray of hope in the imminent visit to Myanmar of India’s Prime Minister Manmohan Singh.

But speaking on the phone from Mumbai, Sudha Shah whose book The King in Exile: The Fall of the Royal Family of Burma – the product of seven years of research - is to be published this year, said: 'Nobody except the family is giving this any priority.'

'Both countries have other, more overwhelming issues to deal with,' she said.

(The writer Nirmal Ghosh is presently the Thailand Correspondent for The Straits Times newspaper in Singapore. For the people of Burma, IMHO, Burmese government should reclaim King Thibaw’s remains back from India and build a deserving memorial tomb for the last king of Burma.

From Aung San through Ne Win and Than Shwe and now down to Thein Sein, all preferring to happily wear the staunch anti-British extreme-nationalist cloak while deliberately ignoring their Last King, these Burmese generals should be ashamed of themselves.

Whether we like it or not our long heritage includes both rich colonial heritage and ugly imperial period where Thibaw brutally executed nearly 200 of his royal cousins including women and children in 1878 and as the direct result he eventually lost his throne in 1885 to British invaders already happily running Lower Burma.)

(Above Youtube Video is titled "Last Queen Suphayalatt" and below is "King Mindon".)