How Do Asset Bubbles Cause Recessions?

(An informative article direct from the INVESTOPEDIA on 28 August 2015.) 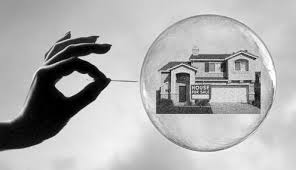 Asset bubbles are especially devastating for individuals and businesses who invest too late, meaning shortly before the bubble bursts. This unfortunate timing erodes net worth and causes businesses to fail, touching off a cascade effect of higher unemployment, lower productivity and financial panic.

An asset bubble occurs when the price of an asset, such as stocks, bonds, real estate or commodities, rises at a rapid pace without underlying fundamentals, such as equally fast-rising demand, to justify the price spike.


Like a snowball, an asset bubble feeds on itself. When an asset price begins rising at a rate appreciably higher than the broader market, opportunistic investors and speculators jump in and bid the price up even more. This leads to further speculation and further price increases not supported by market fundamentals.

The real trouble starts when the asset bubble picks up so much speed that everyday people, many of whom have little-to-no investing experience, take notice and decide they can profit from rising prices. The resulting flood of investment dollars into the asset pushes the price up to even more inflated and unsustainable levels.

Eventually, one of several triggers causes the asset bubble to burst. This sends prices falling precipitously and wreaks havoc for latecomers to the game, most of whom lose a large percentage of their investments. A common trigger is demand becomes exhausted. The resulting downward shift puts downward pressure on prices.

Another possible trigger is a slowdown in another area of the economy. Without economic strength, fewer people have the disposable income to invest in high-priced assets. This also shifts the demand curve downward and sends prices plummeting.

The biggest asset bubbles in recent history have been followed by deep recessions. The inverse is equally true. Since the early 20th century, the largest and most high-profile economic crises in the U.S. have been preceded by asset bubbles.

While the correlation between asset bubbles and recessions is irrefutable, economists debate the strength of the cause-and-effect relationship. Universal agreement exists, however, that the bursting of an asset bubble has played at least some role in each of the following economic recessions.

The 1920s began with a deep but short recession that gave way to a prolonged period of economic expansion. Lavish wealth, the kind depicted in F. Scott Fitzgerald's "The Great Gatsby," became an American mainstay during the Roaring Twenties.

The bubble started when the government, in response to the recession, eased credit requirements and lowered interest rates, hoping to spur borrowing, increase the money supply and stimulate the economy.

It worked, but too well. Consumers and businesses began taking on more debt than ever. By the middle of the decade, there was an additional $500 million in circulation compared to five years earlier. Stock prices soared as a result of the new money flowing through the economy.

The excess of the 1920s was fun while it lasted but far from sustainable. By 1929, cracks began to appear in the facade. The problem was debt had fueled too much of the decade's extravagance. The most prescient investors, the ones tuned in to the idea the good times were about to end, began profit-taking. They locked in their gains, anticipating a coming market decline.

Before too long, a massive sell-off took hold. People and businesses began cashing out their investments so quickly, the banks lacked the capital to give everyone their money. The rapidly worsening situation culminated with the crash of 1929, which witnessed the insolvency of several large banks due to bank runs.

The crash touched off The Great Depression, still known as the worst economic crisis in modern American history. While the official years of the Depression were from 1929 to 1939, the economy did not regain footing on a long-term basis until World War II ended in 1945.

In the year 1990, the words Internet, Web and online did not even exist in the common lexicon. By 1999, they dominated the economy. The Nasdaq index, which tracks mostly tech-based stocks, hovered below 500 at the beginning of the 1990s. By the turn of the century, it had soared past 5,000.

The Internet changed the way the world lives and does business. Many solid, lasting companies launched during the dot-com bubble, such as Google, Yahoo and Amazon. Dwarfing the number of these companies, however, was the number of fly-by-night companies with no long-term vision, no innovation and often no product at all.

Because investors were swept up in dot-com mania, these companies still attracted millions of investment dollars, many even managing to go public without ever having brought a product to market.

A Nasdaq sell-off in March 2000 marked the end of the dot-com bubble. The recession that followed was relatively shallow for the broader economy but devastating for the tech industry. The Bay Area in California, home to tech-heavy Silicon Valley, saw unemployment rates reach their highest levels in decades. 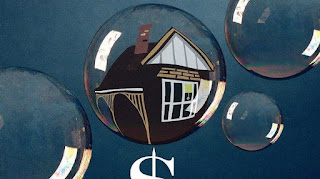 Many factors coalesced to produce the 2000s real estate bubble. The biggest were low interest rates and significantly relaxed lending standards. As house fever spread like a drought-fueled conflagration, lenders, particularly those in the high-risk arena known as subprime, began competing with each other on who could relax standards the most and attract the riskiest buyers.

One loan product that best embodies the level of insanity reached by subprime lenders in the mid-2000s is the NI-NA-NE loan; no income, no assets and no employment verification were required for approval.

For much of the 2000s, getting a mortgage was easier than getting approved to rent an apartment. As a result, demand for real estate surged. Real estate agents, builders, bankers and mortgage brokers frolicked in the excess, making piles of money as easily as the 1980s Masters of the Universe portrayed in Tom Wolfe's "Bonfire of the Vanities."

As one might expect, a bubble fueled in large part by the practice of loaning hundreds of thousands of dollars to people unable to prove they had assets or even jobs was unsustainable. In certain parts of the country, such as Florida and Las Vegas, home prices began to tumble as early as 2006.


By 2008, the entire country was in full economic meltdown. Large banks, including the storied Lehman Brothers, became insolvent, a result of tying up too much money in securities backed by the aforementioned subprime mortgages. Housing prices tumbled by more than 50% in some areas. As of 2015, the majority of Americans feel the economy still has not fully recovered from the Great Recession.
Posted by Hla Oo at 9:20 PM