Thai police on Saturday charged a foreign man over last week's deadly Bangkok bombing, the first arrest connected to an attack that has rattled the junta-run kingdom and damaged its tourist-haven reputation.

The man was arrested after a morning raid on an apartment in Nong Chok district on the eastern outskirts of the capital by security forces who allegedly found him with bomb-making equipment linked to the 17 August blast, which killed 20 people and wounded scores more.

A senior military official told AFP he believed the suspect was a "Turkish national" but Thai police have not yet confirmed his nationality. "We believe that the suspect was involved with the bombing" at the Erawan shrine, national police spokesman Prawut Thavornsiri said on a live televised broadcast Saturday evening.

He added that the foreign man was also involved in a blast the day after that bombing near a popular tourist pier, which sent people scurrying but caused no injuries. The suspect, now in military custody, has been charged with the "illegal possession of bomb-making materials" and was found with multiple passports, Prawut said in the broadcast.


Photographs of a lightly bearded man sitting with his hands behind his back, Turkish passports wrapped in rubber bands and the photo passport page of a 28-year-old Turkish national named Adem Karadag were also shown on screen. Police did not specify the suspect's nationality or name.

But Colonel Banphot Phunphien, spokesman of Thailand's Internal Security Operations Command, told AFP the man was a "Turkish national" adding that authorities were working to "verify his nationality" with the Turkish embassy.

For days Thai police have been searching for a believed network behind the attacks, focusing on a prime suspect, described as a foreign man, who was captured on security footage wearing a yellow t-shirt and leaving a bag at the shrine moments before the blast. But authorities have not yet said whether they believe the suspect now detained is the same as the man seen in this video footage.

In earlier comments on Thai broadcaster Channel 3, Prawut said the "clothes and bomb-making materials" found in the accused's room were linked to both recent blasts. "The ball bearing is the same size" as those found at the two bombing sites, he added. Police chief Somyot Poompanmoung told reporters the suspect was motivated by a "personal feud" and that international terrorism was "unlikely". He did not elaborate further.

The attack on the Hindu shrine in Bangkok last week has raised anxieties in the vibrant city and dealt a fresh blow to the kingdom's reputation as a welcoming and safe travel destination.

The majority of those killed were ethnic Chinese worshippers from across Asia, who flocked to the shrine in the belief that prayers there bring good fortune.

Investigators have said the attack was clearly aimed at damaging the tourism industry but insist that Chinese tourists -- who visit Thailand in larger numbers than any other nationality -- were not singled out. Earlier this week Thai police said they were not ready to exclude any possibility about who was behind the attack. 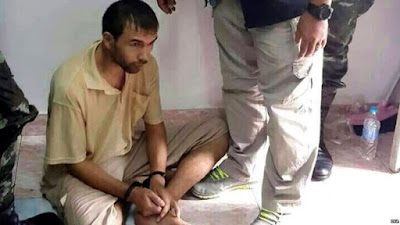 But speculation had grown over involvement by China's ethnic Uighur Muslim minority -- or their co-religious sympathisers -- following Thailand's forced repatriation of more than 100 Uighur refugees last month to an uncertain fate in China.

The sudden repatriation of the Turkic-speaking group, among dozens detained in the kingdom for illegal entry last year after presenting themselves to police as Turkish, triggered fury in Istanbul with Bangkok's consulate there stormed by protesters.

On Friday, police said three Uighur Muslims, among a group of around 50 still detained in the kingdom, had been questioned in eastern Sa Kaeo province over the bombing, but provided no further details.

Earlier this week regional security analyst Anthony Davis from IHS-Jane's said a potential perpetrator could be people from or affiliated to the extreme right-wing Pan-Turkic movement known as the Grey Wolves, who have latched onto the Uighur cause in recent years.

In comments during a discussion on the blast at the Foreign Correspondents' Club of Thailand Davis said the group had close links with Turkish organised crime, who are known to have a presence in Bangkok, and were at the forefront of the attack on the Thai consulate in Istanbul. His remarks were widely carried in the Thai press but police refused to state whether they believed the attackers had any Turkish connection.

Other potential perpetrators named by the police and experts have included international jihadists, members of Thailand's southern Malay-Muslim insurgency, militants on both sides of the country's festering political divide or even someone with a personal grudge.

On Saturday Matthew Wheeler, a Southeast Asia analyst at the International Crisis Group, told AFP a connection with Thailand's decision "to deport the Uighurs was a possibility from the outset and (the arrest) would appear constant with that explanation". "But there's still a lot we don't know about the suspect," he added.


Uighurs in China's northwestern Xianjiang region have long accused Beijing of cultural and religious repression with scores fleeing the restive region in recent years, many bound for Turkey. 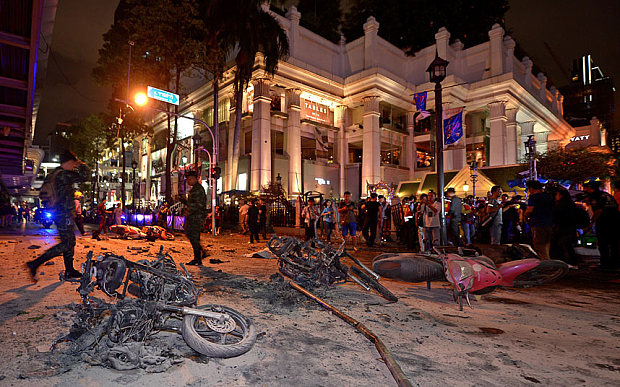