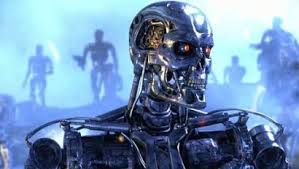 
The Financial Times said the worker was hit in the chest by the machinery and pressed against a metal plate while standing inside the safety cage that contains the automated equipment. It said prosecutors were investigating. 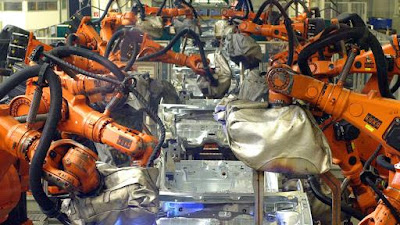 When a German VW robot killed a car worker in a tragic accident, “Terminator” devotees began to wonder if the machines were really taking over. The paranoia grew when the reporter tweeting the news was Sarah Connor – sorry, Sarah O’Connor of the FT. 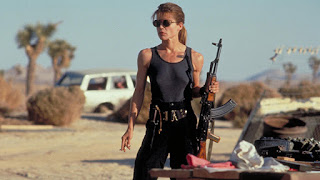 The Twitter frenzy started when Sarah O’Connor, employment correspondent at the Financial Times, tweeted the news of a robot killing a human being. The similarity of her name to that of the character Sarah Connor, played by Linda Hamilton in the original Terminator movie, wasn’t lost on the fans.

The real-life tragedy occurred at a plant belonging to German automaker Volkswagen (VW) in Baunatal, on Monday, where robot’s manipulator grabbed a maintenance worker and thrust him against a metal slab, causing fatal injuries.

The news of the VW worker's death prompted some diehard Terminator fans to speculate darkly that the cinematic prophecy about rise of the machines was coming true, and that the Terminators, under the control of the “Skynet” artificial intelligence program, would soon be roaming the Earth out of human control.

The speculation was fueled by the fact that in the Terminator movie franchise, the robots start killing humans at first by accident, then deliberately. Others hinted that the Skynet chatter had more to do with viral advertising at a time when the latest franchise movie, Terminator Genisys, was hitting cinema screens worldwide. 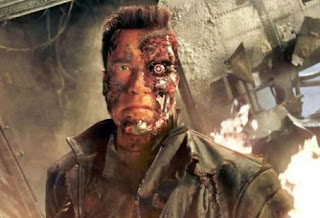 The fans’ reaction was initially a mystery to Sarah O’Connor, who said at first she had no idea who Sarah Connor was, or about Skynet. She added in a further tweet that she really uncomfortable about “this inadvertent Twitter thing” and the fact that the jokes were being made after someone had died.

O'Connor said she had never ever seen any of the Terminator movies. Those devotee fans who have, of course, would think that the thing to do immediately is to get your guns and head for Mexico, or Siberia, or the Antarctic.


Whether the jokes are in bad taste or not, the debate about the dangers of artificial intelligence is very real, experts say. Meanwhile, one journalist just seems to want to forget the whole thing, and go back to tweeting in relative obscurity about “unit labour costs.”
Posted by Hla Oo at 6:53 PM