"There will be no agreement at any price," German Chancellor Angela Merkel said as she arrived for the summit of 19 eurozone leaders, complaining of a loss of trust in Athens and warning of "tough negotiations" ahead. Radical leader Tsipras insisted a deal was possible "if all parties want it", adding that he was ready for an "honest compromise" on Greece's plans for tax cuts and pension reform.

Tsipras was elected in January vowing to end five years of austerity tied to two previous bailouts since 2010 that have left Greece with debt worth nearly 180 percent of its GDP, and he has since become a standard-bearer for leftist parties across the continent.

The tensions in Brussels were underscored when EU President Donald Tusk halted the summit midway for three-way talks between Tsipras, Merkel and French President Francois Hollande. A Greek source said "the text in its entirety is very bad. We are trying to find solutions," adding negotiations had to begin swiftly as Greece was running out of cash. 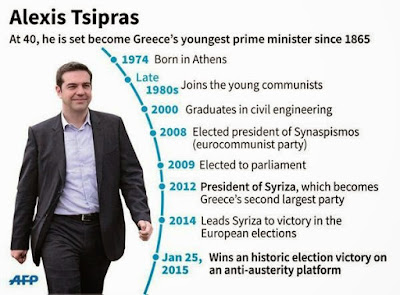 Time out from the euro

The eurozone turned the screw after finance ministers finished two days of intense talks on Greece's reform proposals drawn up to satisfy its international creditors -- the EU, the European Central Bank and the International Monetary Fund. The Greek parliament approved the plans on Saturday, despite them being similar to those rejected by Greeks in a controversial referendum on July 5.

But for the eurozone to consider a third bailout package, Greece would now have to push through new even tougher laws by Wednesday, Finnish Finance Minister Alex Stubb said after a Eurogroup meeting. Athens would also have to introduce harsh conditions on labour reform and pensions, VAT and taxes, and measures on privatisation, he said.

For the first time in the history of the single currency, the Eurogroup even proposed a temporary Greek exit from the euro, an idea first floated by Germany. "In case no agreement could be reached, Greece should be offered swift negotiations on a time-out from the euro area, with possible debt restructuring," said the document obtained by AFP.

The passage was in brackets to indicate it was not unanimously approved and needs the approval of leaders. Other measures include letting the "troika" of creditors back on the ground in Athens after they were expelled by Tsipras's government, and getting creditors' approval for any legislation affecting issue covered by the bailout.

The crisis has exposed tensions between the eurozone's two biggest powers with pro-austerity Germany going head to head with France, which has been the country most supportive of Greece during the crisis. Hollande said Paris would do "everything" to keep Greece in the euro and ruled out the "temporary Grexit" proposal.

An emergency summit of all 28 EU leaders on Sunday -- billed by Tusk last week as the final deadline to keep the country in the euro -- was called off at the last minute due to slow progress. 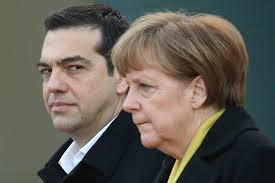 Five years have elapsed since the Greek debt drama began, but the latest instalment has opened deeper than ever rifts in the European single currency, the heart of the post-war dream of a politically unified Europe.

In Greece, there is growing alarm at capital controls that have closed banks and rationed cash at ATMs for nearly two weeks, leading to fears that food and medicine will soon run short. "We don't sleep, everybody's worried," a Greek pensioner said, watching with concern the events taking place in Brussels several thousand kilometres (miles) away.

The ECB is providing emergency liquidity to keep Greek banks afloat but has frozen the limit, with fears that failure to reach a deal could cause it to shut off the taps completely. ECB chief Mario Draghi has also found himself at the centre of the storm, with German Finance Minister Wolfgang Schaeuble reportedly snapping "don't take me for a fool" at him on Saturday.


Fears are meanwhile mounting that the results of Saturday's parliamentary vote in Athens could have critically weakened the government's ability to quickly legislate on the reforms demanded for the new bailout. Tsipras won the backing of 251 out of 300 deputies for his reform plans, but three senior government figures were among 10 MPs who abstained or voted against.