Fireman Sam is embroiled in an unlikely Islamophobia row after a fireman appeared to tread on a page from the Quran in an episode of the popular children’s programme. Channel 5 has pulled the offending show and dismissed it as an “unfortunate incident”, with a spokesperson from production firm HIT Entertainment apologising “sincerely” for any distress it may have caused.

The episode, appropriately titled “Troubled Waters”, was first broadcast in October 2014 but the scene has only just been drawn to public attention. It shows Elvis the fireman slip on a pile of papers which then fly into the air, “briefly depicting” a page from Islam’s main religious book.

The scene has not gone unnoticed by the Muslim community, with Miqdaad Versi, secretary-general of the Muslim Council, tweeting that he was “baffled” by the decision to feature the holy text.

HIT Entertainment has insisted that the Quran reference was not “malicious” but will “no longer be working with the animation studio responsible”. “The page was intended to show illegible text and we deeply regret this error,” a statement on its website read. “We sincerely apologise for any distress or offence it may have caused.”

The firm, which is also behind Pingu, Thomas and Tank Engine and Bob the Builder, has taken “immediate action” to remove the episode from streaming sites and will be “reviewing content production procedures” to ensure it never happens again. 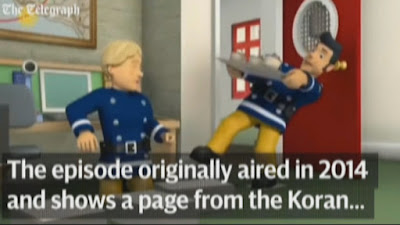 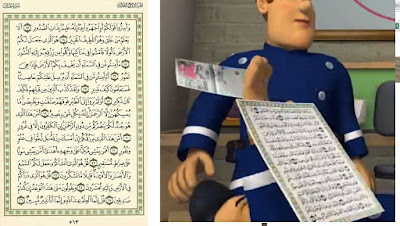 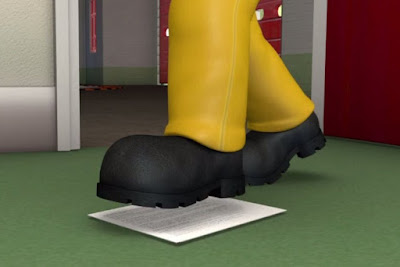 Humiliated: David Jones, who created Fireman Sam, is outraged by the way he was treated at Gatwick Airport. As David Jones passed through airport security, his thoughts were turning to lunch with his daughters, who were already ‘airside’.

But a light-hearted remark as he placed his scarf through the X-ray scanner led to Mr Jones, the creator of the animated children’s character Fireman Sam, being held for an hour by security guards and accused of racism.

Ex-fireman Mr Jones, a former member of the Household Cavalry, said he experienced an ‘Orwellian nightmare’ after commenting on the ease with which a Muslim passenger ahead of him – who had her face almost completely covered by a hijab – had passed through security without showing her face.

As he placed his scarf and other belongings into a tray to pass through the X-ray scanner, Mr Jones, 67, said to an official: ‘If I was wearing this scarf over my face, I wonder what would happen.’

To his astonishment, he was stopped by security staff on the other side of the checkpoint at Gatwick and accused of racism after a Muslim security guard who heard the remark said it had caused her offence.

Mr Jones, who was flying with his two grown-up daughters to Faro in Portugal – he now lives in the Algarve, where he runs a restaurant – was then subjected to a  one-hour stand-off involving security staff, a British Airways manager and a policeman as security tried to make him apologise.

He said yesterday: ‘What I said had nothing to do with the woman’s religion. It was the fact that her face was covered and she seemed to have passed through that part of the security process without showing it. ‘I was adamant I was not going to apologise because I had done nothing wrong.’ As the confrontation rumbled on last Sunday, his daughters were left waiting in the departure lounge wondering where he was.

Mr Jones, originally from Ealing, West London, said: ‘Something like George Orwell’s 1984 now seems to have arrived in Gatwick airport. I feel my rights as an individual have been violated. What I underwent amounts to intimidation and detention. I am not opposed to having this level of security but it must be equal for all.’

He intends to lodge a complaint with the airport and BA. Mr Jones was stopped when, after passing through the metal detecting arch, his artificial hip set off the alarm. He was searched, after which another security guard said he was being detained because he had made an offensive remark.

The woman took his passport and boarding pass but although he maintained he had done nothing wrong, he said it was ‘impossible to get her to listen to reason’. A second female guard joined the pair. Mr Jones said she told him she was Muslim and ‘deeply distressed’ by his comment.

He again denied his remark had been racist, and they were then joined by a BA duty manager, but Mr Jones said they sided with the security staff. At his request a police officer attended but, said Mr Jones: ‘It was plainly evident that he was keeping to the politically correct code.’

He demanded that the officer should arrest him if there was a case against him, but was told ‘that we now live in a different time and some things are not to be said’. Angry: Mr Jones, 67, was escorted through security under a police guard. The matter was eventually resolved when Mr Jones agreed his remarks ‘could’ have been regarded as offensive, and he joined his daughters.

Department for Transport rules do not prevent people covering their faces at airports for religious reasons, although all passengers must show their faces to UK Border officials at passport control.

A Gatwick spokesman said: ‘A lady in security was offended by some of the comments of this passenger. Our security team is looking at what happened to ensure the incident was handled in the right way.’


BA said: ‘Our customer service manager did everything possible to help resolve the situation. The customer then completed his journey.’ Fireman Sam was created by Mr Jones and fellow fireman Dave Gingell, who came up with the idea when both worked at Clerkenwell fire station in London. 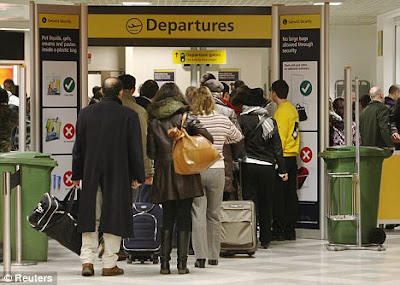