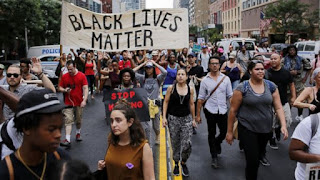 DALLAS SHOOTINGS: 'Snipers' kill five police officers in 'deadliest day for law enforcement since 9/11'. 11 police officers and two bystanders have been shot 'by snipers'. Five officers are dead. Snipers opened fire during a protest after the shootings of two black men.

The shootings have been described by a President Obama as a 'vicious, calculated and despicable attack on law enforcement'. According to statistics from the National Law Enforcement Officers Memorial Fund, the attack is the deadliest for law enforcement since 9/11.

A black US Army reservist who served in the Afghan war and said he wanted to "kill white people" has been identified as a gunman who took part in yesterday's attack, in which five police officers were shot dead at a protest decrying police shootings of black men, officials say.

Seven other police officers and two civilians were wounded in the ambush in downtown Dallas on Thursday night, officials said. Police killed the gunman, identified by a US government source as Micah Xavier Johnson, using a bomb-carrying robot after an hours-long standoff. The shooting sent swarms of protesters running in panic in the streets as police officers came under fire.

"This was a well-planned, well-thought-out, evil tragedy by these suspects. And we won't rest until we bring everyone involved to justice," Dallas Police Chief David Brown said on Friday. "We are determined to not let this person steal this democracy from us." 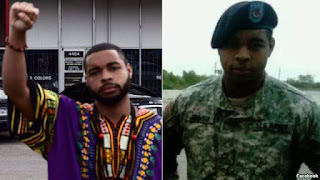 This undated photo posted on Facebook on April 30, 2016, shows Micah Johnson, who was a suspect in the sniper slayings of five law enforcement officers in Dallas. Source: Facebok via AP. Authorities said that the gunman fired at least some of the shots in the attack but have not ruled out that other shooters were involved.

The US Army said Johnson had served as a private first class in the Army Reserve, made up of part-time soldiers, and was deployed to Afghanistan from November 2013 to July 2014. It said Johnson served from March 2009 to April 2015 and was a carpentry and masonry specialist with the 420th Engineering Brigade based in Texas.

The shootings, the latest major gun violence to rock the United States, took place toward the end of a march protesting incidents earlier in the week in Louisiana and Minnesota in which police fatally shot black men in confrontations whose bloody aftermath was caught on video. The Dallas shootings came during a week of heightened emotions over police use of force against black suspects and raised fears that others might seek to retaliate against police.

A string of killings of black men and boys by police in cities including Ferguson, Missouri, New York, Baltimore, Chicago, Cleveland, Tulsa, Oklahoma and North Charleston, South Carolina have given rise to the Black Lives Matter movement against excessive police force. The killings have spurred almost two years of periodic and largely peaceful street protests.

Police believed during the shooting that they were under attack by multiple gunmen using high-powered rifles at ground level and on rooftops. Police said they were questioning two occupants of a Mercedes they had pulled over after seeing a man throwing a camouflage bag inside the back of the vehicle, which then sped off on a downtown street. A woman was also taken into custody near the garage where the standoff took place.

A Twitter account describing itself as representing the Black Lives Matter movement sent the message: "Black Lives Matter advocates dignity, justice and freedom. Not murder." US Attorney General Loretta Lynch said the Justice Department would assist in the investigation into the shooting. "Do not let this week precipitate a new normal in this country," Lynch told reporters in Washington. 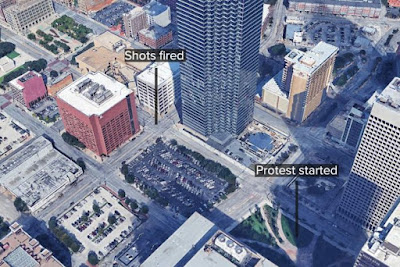 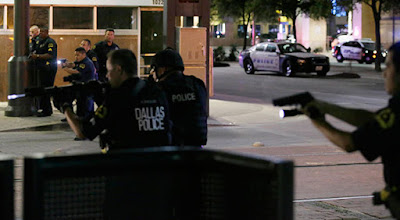 Dallas Police Chief David Brown confirmed a shooting suspect died yesterday due to the detonation of a police bomb. Chief Brown said reports that the suspect had shot himself were not accurate.

“We saw no other option but to use our bomb robot and place a device for it to detonate where the suspect was,” he said. “Other options would have exposed our officers to grave danger, the suspect is deceased as a result of detonating the bomb. The report that the suspect killed himself is not accurate. He is deceased because of the detonation of the bomb.”

Earlier, local media in Dallas reported a suspect engaged in a stand off with police in a garage is dead. The man was one of four suspects identified by police in the aftermath of the sniper attack which saw 12 police shot, five killed and two members of the public injured. He had earlier told police bombs had been planted around Dallas, according to Police Chief David Brown. Chief Brown said said the man had told officers multiple bombs had been planted to hurt and kill police. 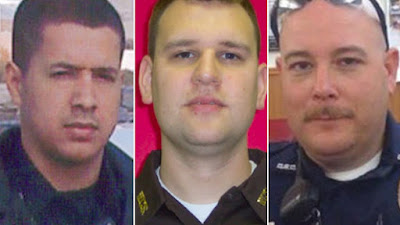 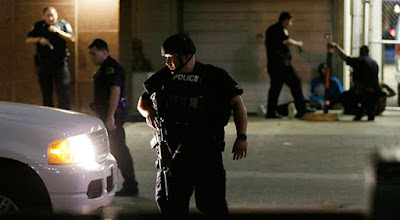 OBAMA: 'No justification' for deadly events in Dallas

US President Barack Obama says America has there can be 'no justification' for the deadly events in Dallas, sending his condolences to families of five slain police officers.''' The US president delivered his short address from Poland, saying America had been 'horrified' by the shootings which have left five police officers dead and more wounded.

His comments came just a day after he addressed the deaths of two black men who were killed in separate police shootings earlier this week. The deaths were the spark for the protests in Dallas.

"When incidents like this occur, there's a big chunk of our fellow citizenry that feels as if it's because of the colour of their skin, they are not being treated the same," Obama said on Thursday. "When people say 'black lives matter,' that doesn't mean blue lives don't matter," Obama said, referring to police officers.


An image of Mark Hughes, brother of Black Lives Matter organiser Corey Hughes, was released by police less than an hour after the attacks. In the image Mark Hughes was shown carrying at AR-15 assault rifle during the Dallas protests. 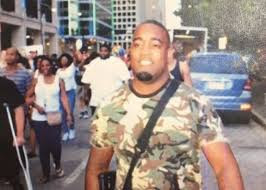 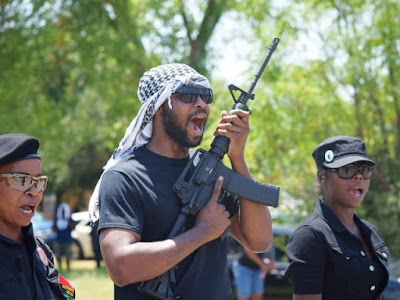 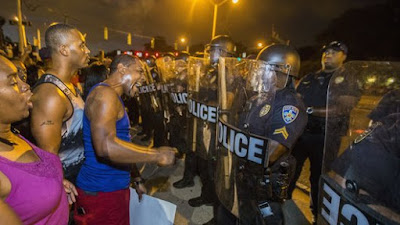