Federal Reserve Is A Privately-Owned Corporation?

(Staff articles from various sources from the United States media.) 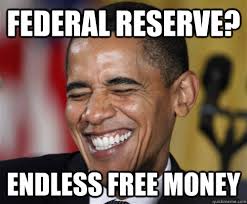 The Board of Governors in Washington, D.C., is an agency of the federal government. The Board -- appointed by the President and confirmed by the Senate -- provides general guidance for the Federal Reserve System and oversees the 12 Reserve Banks. The Board reports to and is directly accountable to the Congress but, unlike many other public agencies, it is not funded by congressional appropriations.


In addition, though the Congress sets the goals for monetary policy, decisions of the Board --and the Fed's monetary policy-setting body, the Federal Open Market Committe-- about how to reach those goals do not require approval by the President or anyone else in the executive or legislative branches of government.

Some observers mistakenly consider the Federal Reserve to be a private entity because the Reserve Banks are organized similarly to private corporations. For instance, each of the 12 Reserve Banks operates within its own particular geographic area, or District, of the United States, and each is separately incorporated and has its own board of directors. Commercial banks that are members of the Federal Reserve System hold stock in their District's Reserve Bank.

However, owning Reserve Bank stock is quite different from owning stock in a private company. The Reserve Banks are not operated for profit, and ownership of a certain amount of stock is, by law, a condition of membership in the System. In fact, the Reserve Banks are required by law to transfer net earnings to the U.S. Treasury, after providing for all necessary expenses of the Reserve Banks, legally required dividend payments, and maintaining a limited balance in a surplus fund. 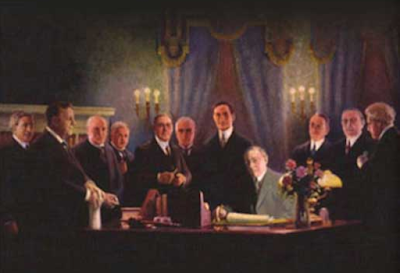 On Dec. 23, 1913, President Woodrow Wilson signed the Federal Reserve Act. Over the next year, a selection committee made up of Secretary of the Treasury William McAdoo, Secretary of Agriculture David Houston, and Comptroller of the Currency John Williams decided which U.S. cities would be a place of residence for one of 12 Federal Reserve District Banks.

Member banks hold stock in the Federal Reserve Banks and earn dividends. Holding this stock does not carry with it the control and financial interest given to holders of common stock in for-profit organizations. The stock may not be sold or pledged as collateral for loans. Member banks also appoint six of the nine members of each Bank's board of directors. 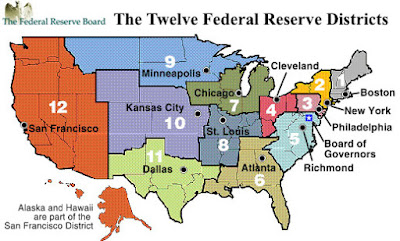 The Extent The Fed Is Privately Owned Will Stun People

A former Federal Reserve adviser is joining with an activist group to argue for overhauls at the central bank that they say would distance it from Wall Street and make its activities more transparent and accountable to the public.

Dartmouth College economics professor Andrew Levin—special adviser to Ben Bernanke and Janet Yellen between 2010 and 2012 when they were Fed chairman and vice chairwoman—is pressing for the overhaul with Fed Up coalition activists.

Dartmouth College economics professor Andrew Levin, special adviser to then Fed Chairman Ben Bernanke between 2010 to 2012, is pressing for the overhaul with Fed Up coalition activists. Many of the proposed changes target the 12 regional Federal Reserve Banks, which are quasi-private and technically owned by commercial banks in their respective districts.

“A lot of people would be stunned to know” the extent to which the Federal Reserve is privately owned, Mr. Levin said. The Fed “should be a fully public institution just like every other central bank” in the developed world, he said in a conference call announcing the plan. He described his proposals as “sensible, pragmatic and nonpartisan.”

The former central bank staffer said he sees his ideas as designed to maintain the virtues the central bank already brings to the table. They aren’t targeted at changing how policy is conducted today. “What’s important here is that reform to the Federal Reserve can last for 100 years, not just the near term,” he said.

That said, what is being sought by Mr. Levin and the activists is significant and would require congressional action. Ady Barkan, who leads the Fed Up campaign, said the Fed’s current structure “is an embarrassment to America” and Fed leaders haven’t been “willing or able” to make changes.

A Federal Reserve spokesman declined to address the proposal.

Mr. Levin wants the 12 regional Fed banks to be brought fully into the government. He also wants the process of selecting new bank presidents—they are key regulators and contributors in setting interest-rate policy—opened up more fully to public input, as well as term limits for Fed officials.

Mr. Levin’s proposal was made in conjunction with the Center for Popular Democracy’s Fed Up coalition, a group that has been pressuring the central bank for more accountability for some time. The left-leaning group has been critical of the structure of the regional banks, and has been pressing the Fed to hold off on raising rates in a bid to make sure the recovery is enjoyed not just by the wealthy, in their view.

The proposal was revealed on a conference call that also included a representative from Bernie Sanders’s presidential campaign, although all campaigns were invited to participate. 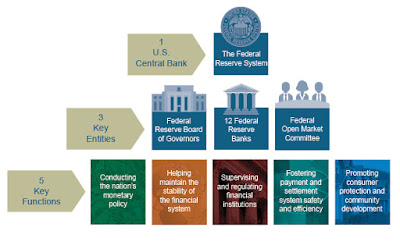 Mr. Levin says the members of the regional Fed bank boards of directors, the majority of whom are selected by the private banks with the approval of the Washington-based governors, should be chosen differently.


The professor says director slots now reserved for financial professionals regulated by the Fed should be eliminated, and that directors who oversee and advise the regional banks should be selected in a public process involving the Washington governors and local elected officials. These directors also should better represent the diversity of the U.S.


Mr. Levin also wants formal public input into the selection of new bank presidents, with candidates’ names known publicly and a process that allows for public comment in a way that doesn’t now exist.

The professor also wants all Fed officials to serve for single seven-year terms, which would give them the needed distance from the political process while eliminating situations where some policy makers stay at the bank for decades. Alan Greenspan, for example, was Fed chairman from 1987 to 2006.


With multiple vacancies in recent years, the selection of regional bank presidents has become a hot-button issue. Currently, the leaders of the New York, Philadelphia, Dallas and Minneapolis Fed banks are helmed by men who formerly worked for or had close connections to investment bank Goldman Sachs.

Mr. Levin called for watchdog agency the Government Accountability Office to annually review and report on Fed operations, including the regional Fed banks. He also wants the regional Fed banks to be covered under the Freedom of Information Act. A regular annual review hopefully would insulate the effort from perceptions of political interference, Mr. Levin said.