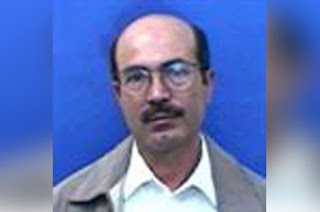 Another cash-strapped city cabby has committed suicide, this time by hanging himself in his Brooklyn apartment, The Post has learned.

Abdul Saleh, 59, is now at least the sixth for-hire driver to kill himself since November, sources say. A roommate found him hanging by an electrical cord in his apartment in Flatlands Friday morning, said his driving partner, Qamar Chaudhary. Saleh drove a yellow cab for 30 years, Chaudhary, 36, said.

Chaudhary said that they leased a taxi and medallion together, splitting the night and day shifts, but that within the past several months, Saleh couldn’t make the weekly lease payment. Saleh — whom Chaudhary described as single but with family in his native Yemen — sometimes would be short by as little as $60, but for the last payment, he was $300 short.  Making finances even tighter, Chaudhary began driving for Uber, leaving Saleh without a partner.


Chaudhary said he last spoke to Saleh three or four days ago. “He sounded upset and depressed,” Chaudhary recalled. “He said he didn’t feel good. I know he wasn’t making enough money to pay his lease,” he said. “He was short here and there, and I used to have to help him out. He said he didn’t know how to survive.”

New York Taxi Workers Alliance director Bhairavi Desai lamented the plight of Saleh and others facing rising competition from ride-hailing services. “These drivers can no longer see retirement in sight and can’t imagine continuing to work such a grueling job until their last day on earth,” she said.

In the past eight months, five other cab and livery drivers have killed themselves in the face of financial strain. In May, cabby Yu Mein “Kenny” Chow flung himself in the East River off the Upper East Side. In March, cabby Nicanor Ochisor, 65, hanged himself in his garage in Maspeth, Queens.

In the most dramatic case, livery driver Douglas Schifter killed himself with a shotgun outside City Hall on Feb. 5. He left a Facebook post reading, “I don’t know how else to make a difference other than a public display of a most private affair.” 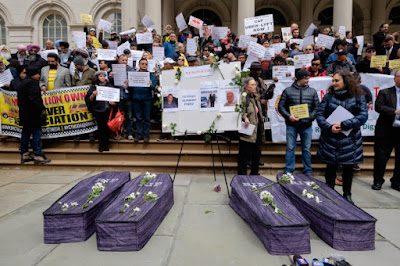 NYC cabbies are being driven to the edge of financial ruin and despair as ride-hail apps like Uber and Lyft continue to take their customers.

Last week, in the fourth driver suicide since November, Nicanor Ochisor, 65, hanged himself inside his Queens home, depressed over the plummeting value of the taxi medallion he owned that was supposed to finance his home and looming retirement. The value plunged from $1 million to around $180,000 over the last five years.

Last month, longtime black-car driver Doug Schifter shot himself in front of City Hall over money troubles. And two livery drivers killed themselves in recent months, one of whom, Danilo Castillo, pointedly wrote his suicide note on the back of a Taxi and Limousine Commission summons.

While Uber and Lyft drivers have little overhead (they do pay onetime $550 TLC license fees), hacks who own their own medallions, which are usually financed through banks, have average monthly expenses of “$6,000 to $9,000 per month,” said Desai. This perfect financial storm has many cabbies — mostly immigrants with few career options — silently suffering, or seeking exits like bankruptcy, or worse.

“Some people are too proud to tell anybody they’re failing,” said one medallion-leasing veteran. “For every 40 bankruptcy cases, I now see two or three cabbies. That’s a significant number of filings — all in the last two years,” a bankruptcy attorney told the Post. “Guys walk into the TLC to return their medallions in tears,” he said.

“There will be more like that — he’s not the first and he won’t be the last,” he said of his pal, whose words haunt him. “After the cold in January, he said, ‘I can’t make money — I think we’re in big trouble,’ and I told him, ‘We have to fight — things will get better.’”

Hent, who owes about $140,000 on his medallion mortgage, told The Post, “I’m in worse shape than him. I’m scared — but I won’t [take my life.] I’ll fight my whole life.” He blames the inaction of lawmakers who refuse to level the playing field between ride-sharing apps like Uber and yellow cabs.
“I like competition, it’s good for consumer,” he said. ”But it’s not competition when you have a free license.” He estimates he brought home less than $35,000 last year, after a decade of making upwards of $45,000.

“My plan at 62 was to retire and give my medallion to a broker,” he said. Now he has to work harder than he did as a young man. “I don’t know why my wife is still with me,” he said. “I spend more time in this cab than I do with my own wife.”

Mohammed Sheikh, 62, is drowning in debt.

The Bronx-based married father of three who worked the night shift seven days a week for 18 years, reminisces about the good old days. “I used to make very good money — it was much easier,” he said of his $50,000 take-home.

Passengers “would fight. One guy comes from the right, one from the left, and scream, ‘He’s stealing my cab.’ It was never empty.” Then Uber came along. Last year he estimates his pay at a paltry $17,000. “It’s not enough. I have to quit very soon. Every day I struggle about what to do — I can’t survive doing this anymore.

“I never imagined this — I was always making good money. I would work seven days, but when you make good money, you don’t get tired.” His two adult children help support Sheikh, who suffers from diabetes, and his wife, but he’s on the brink.

“The only way to survive is use credit cards” he said. “I just make rent,” he said of the $1,500-a-month two-bedroom. With a son off to college next year and tuition looming, Sheikh is panicked. “I’m going into debt with the credit cards — I’m more than $10,000 in debt.”

Nick A., 28, is a rookie from St. Petersburg, Russia, who started driving a yellow taxi eight months ago.

He thought he’d make some extra money for his family — his wife, 4-year-old son and year-old daughter — while working as a manager at Yellow Cab Management, where he’s been working four days a week for past two years.

Now, he works seven days a week, starting his day at 3am tooling around in his Ford hybrid, armed with a pack of Newports and water bottle. “Sometimes you can drive for an hour and no passengers. Right now it’s hard, business is terrible, but it will get better.”

This past week was his worst — netting $60 one day — but he’s determined to stay in the business and own his own medallion one day. “I still think I can make money in this business.”

Still, if things get tough, the whippersnapper with an economics degree from Russia can always reinvent himself. “Besides yellow cab, I can always do another job. I would never make a decision like [he] did,” he said of Ochisor. “Maybe he bought medallion when it was high. You can still make money from the medallion.”

The 53-year-old Hicksville, LI married father of three is anxious about paying for college for his teen children, but he credits his kids for never hounding him for the latest phones and gadgets. “The kids are wise — they understand my income is down. They don’t ask for picnics or vacations. They say, ‘Don’t worry — we’ll get a [college] scholarship.’”

Still, the night-shift driver, who works from 5pm to 5am six days a week, worries about foreclosure and bankruptcy. He never imagined being in this position back in 2010 when he snagged a medallion for $600,000. “At that time, you feel lucky to get it for under a million. And now we are very worried about how to pay our [$6,000 monthly] bills.”

Last year his take-home pay was $30,000, down from $45,000 during boom times. “We cannot survive long — we can’t make payments.” When it’s slow, he drives by Penn Station on Thursday rush hour to join a conga line of 15 cabs. “That never would have happened five years ago. Before, the customer would wait 15 minutes. Now, we do.”

A close friend and fellow medallion owner is battling stage 4 kidney cancer and can’t work or even sell his medallion. “Anything can happen at any time,” said Malhotra. “We always thought the medallion was our pension. Now it only creates debt.”

Bernard Sasu, 50, is about to jump ship.

The married father of two teens from downtown Brooklyn is grim. “It doesn’t matter if you start early, if you start late. It’s the same thing every day. You don’t make any money.” His saving grace? “Old people don’t know how to use Uber.”

When he first started driving in 2011 he’d take home $200 a day. “When I first started, it was all about the money. This is NYC — you can’t lose with a taxi. “Now, forget about it. You have the kids going to school, the parents going to work, but by 10 or 11, there’s nothing.” He said he can drive the length of Manhattan — sometimes for up to two hours — without a fare. “That’s all we do — drive around.”

And that means critical cutbacks for his family. “You have to change some things?” he said, like not eating out or going to the movies. “You can’t go on vacations like you used to,” said Sasu, who would regularly visit his family in Ghana. “I haven’t been in five years — it’s too expensive.”

Like many of his driver friends who fled in the past few years to become doormen, Sosa is ready to start over, having applied to be an MTA conductor three months ago. “You have to keep going, you can’t give up on life. If you can’t be a driver you do something else,” he said. “When I came to this country I was a dishwasher. I’m not going back to that.”