Overbreeding Latinos Sending Their Kids Alone To US

(Staff articles from The CNN, GUARDIAN, & BRIEBART NEWS in June 2018.)

MEXICO CITY (CNN) -- Latin America struggles to cope with expanding population: At family planning clinics throughout the Mexican capital, more and more young couples come to hear how they can control their family's growth. The doctors' advice appears to be working: four out of every five couples agree to take family planning measures.

The clinics are part of the Mexican government's effort to curb the country's booming population growth. The program already has helped reduce the average family from seven children in 1965 to 2.5 children today.

But even with that progress, Mexico's population is expected to increase by nearly 50 percent by 2030. The average age of the nation will increase as well, according to projections, creating a challenge to Mexico's economic planners.


"We will have to make sure that social death does not precede biological death -- that all people, regardless of their age, have access to services that would guarantee a healthy and dignified life as they grow older," said Rodolfo Tuiran of the National Council on Population.

This challenge is just one facing developing countries in the years ahead. According to a new report from the U.N. Population Fund, the poorest nations are experiencing the fastest population growth but are the least prepared to handle it. Of the 6 billion people projected to be living on the planet by next month, nearly 5 billion live in developing countries.

"In the midst of the greatest wealth the world has ever seen, there are still people who live without the basic elements of human dignity: safe water, food, housing, safe housing and basic health care and education," said Stirling Scruggs of the U.N. Population Fund.

In Latin America, nations such as Mexico and Brazil are coping with population growth that is accompanied by economic problems. While steps like family planning policies have contributed to changes in Mexico, the United Nations says more must be done.

Primarily, U.N. leaders would like planners and politicians to think ahead, adopting policies that guarantee future generations access to social services and economic opportunity.

Latin America is no longer a largely rural region. After 60 years of chaotic but rapid urban development, four-fifths of its population now live in towns or cities, a prey to all the ills of modernity and globalisation. Despite the fact that exports from these countries depend mainly on farming and mining, more than two-thirds of their gross national product comes from cities, home to services and industry. Although Latin America has huge expanses of territory, nowhere else has achieved this level of urbanisation.

In its most recent report on the state of the world's cities, focusing on trends in Latin America and the Caribbean, the United Nations Human Settlements Programme (UN-Habitat) casts new light on the contrasts. Urbanisation is a positive process, it concludes, despite the trauma, violence and environmental degradation sometimes involved. The rural exodus is irreversible and almost at an end in most countries. By 2050, 90% of Latin America's population will be in towns and cities. Brazil and the southern cone may reach this level by 2020.

The cities are steadily expanding, sometimes outstripping the rise in population two or three-fold, due to urban sprawl. UN-Habitat's experts oppose this trend and advocate taller buildings, to limit outward growth and boost population density. This, they believe, is the price to pay to manage urban areas efficiently and secure sustainable development, concentrating the infrastructure necessary for city dwellers.

Inequality and violence are the main problems cited. Latin American cities are the most unequal and often most dangerous places in the world, with social divisions hardwired into the urban fabric. The geographical segregation is visible to all. Rio de Janeiro, for instance, is a city divided between its residential districts and favelas.

Some 111 million Latin Americans (out of a total of 588 million) live in shanty towns. Improving such dwellings and their surroundings has contributed to their stability, all the more necessary given the housing shortage. About 50m new homes are needed. But the answer is not to move the slum population to the outskirts of cities, because it would take them away from their work and modern amenities.

Despite efforts in the past 10 years to redistribute riches, 122 million city residents still live in poverty. The informal economy, with the associated lack of welfare coverage, hits young people and women particularly hard.

The existence of urban territories controlled by, or at the mercy of, organised crime and drug dealers illustrates the complexity of the challenge posed by security. Insecurity is the prime concern for most people in Latin America, ahead of jobs. The poor are the first to suffer from the widespread violence, and their makeshift homes are the most exposed to extreme weather events and natural disasters. 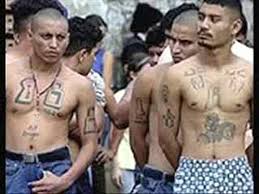 The region's 16,000 cities include eight megalopolises, each with more than 5 million people, and a growing number of medium conurbations, some just as innovative as their giant counterparts. The formation of these massive cities, home to 65 million, raises problems for regional cooperation. Half the urban population of Latin America is packed into medium-sized cities, but they find it hard to balance their budgets, often requiring the support of central government.

But the UN-Habitat report is resolutely upbeat, asserting that Latin America has reached a turning point and could be entering a "new cycle of urban transition", heralding improved living conditions for city dwellers. Thanks to devolution, local government now has valuable experience which deserves to be better shared.

In addition to paying off national debt and making the economy less vulnerable to international crises, Latin American countries have another asset: a "demographic bonus", with an active population exceeding the number of children and seniors, opening a window of opportunity forecast to last 30 years. The report says this period should be used to reclaim urban space, upgrade infrastructure and services, encourage local jobs, social and cultural diversity, and sustainable development, boost territorial cohesion and inclusiveness, and reduce inequality.

Trump DHS could be holding 30,000 border kids by August

The Trump administration could be holding 30,000 illegal immigrant children by the end of August as a result of its push to enforce federal immigration laws, which has led to the separation of children from their parents and guardians as those adults are prosecuted.

A senior administration official who asked not to be identified said the Department of Health and Human Services has been taking in about 250 children per day in recent weeks. HHS is the agency that is taking in children when they are separated from their families.

An HHS official added that the agency expects to be taking about 250 kids each day at least for the next two months. If that estimate holds, HHS could be caring for 18,500 more children by the end of August. The HHS official said as of Friday, HHS was already holding 11,500 children, which means the total could hit 30,000 by August.

The practice of separating children from illegal immigrant adults has become highly controversial in the last few weeks, and is something Democrats have highlighted as a practice that needs to stop.

The Trump administration has defended the policy by saying illegal immigrants need to know that if they try entering the U.S., they will be prosecuted, which could lead to separation from their children. Officials have said U.S. citizens face the same risk when they commit crimes. But administration officials have also said they support a change to the federal law that requires prosecution and family separation, and have blamed Democrats for current law.

Illegal immigration along the southwestern U.S. border has spiked in the last few months, even though administration officials have said they expect Trump's zero-tolerance policy to eventually dissuade more from coming. A Justice Department spokesman told the Washington Examiner last week the zero-tolerance policy is not expected to lead to a decline in the number of illegal immigrants attempting to make the trek to the U.S. from primarily Central American countries until early fall.

Under current practice, HHS takes care of unaccompanied illegal immigrant children as well as now those under the age of 18 who must be cared for while the adults they were apprehended with are prosecuted for illegal entry. This spring, Sessions directed federal prosecutors stationed at the border to bring charges against all migrants that U.S. Customs and Border Protection officers took into custody.

However, family units that arrive at ports of entry and request asylum will not be prosecuted because they have not attempted to enter the country illegally, several DHS officials confirmed to the Washington Examiner. They will also be kept together as they go through the asylum process. These groups are detained in DHS facilities while minors are directed to HHS.

In an attempt to secure housing for the coming flood of children, HHS selected the Tornillo Land Port of Entry near El Paso, Texas, last week as the first back-up site to temporarily house around 360 minors.

The Trump administration is also advancing a plan to tentatively house unaccompanied minors in tent cities located on three Texas military bases due to increasing border apprehensions and a shortage of beds for the underage immigrants.

"[Health and Human Services] is running out of space because of the implications of the zero tolerance policy, but also because we continue to see this uptick in numbers," an official confirmed to the Washington Examiner last week. HHS officials are looking at Fort Bliss near El Paso, Dyess Air Force Base in Abilene, and Goodfellow Air Force Base in San Angelo, the official confirmed. 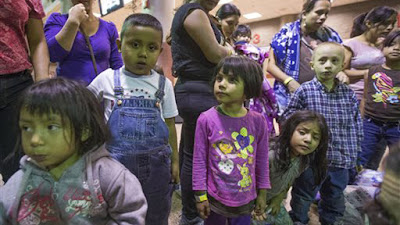 During a White House news conference on Monday evening, Nielsen debunked the media’s false claims that conflate all child border crossers as being taken from their border crossing parents. Nielsen said that the “vast, vast majority” of the 12,000 child border crossers in federal custody were actually sent to the southern border alone with human smugglers.

REPORTER: …How is this not specifically child abuse for these innocent children who are indeed being separated from their parents? [Emphasis added]

NIELSEN: So I want to be clear on a couple of other things. The vast majority, vast vast majority of children who are in the care of HHS right now — 10,000 of the 12,000 — were sent here alone by their parents. That’s when they were separated. So somehow we’ve conflated everything. But there’s two separate issues. 10,000 of those currently in custody were sent by their parents with strangers undertake a completely dangerous and deadly travel alone. We now care for them. We have high standards. We give them meals, we give them education, we give them medical care. There’s videos, there’s TVs, I visited the detention centers myself. That would be my answer to that question. [Emphasis added]


(Blogger's Notes: World's overpopulation is basically created by two major religions, Islam and Catholicism, which strictly prohibit family planning and vigorously encourage multiplying. The results are the refugee crisis in both Europe and USA, excess Muslims invading the Europe and excess Catholic Latinos sneaking into the USA. Meek will inherit the earth!)
Posted by Hla Oo at 2:02 AM