(Announcement from the PRIME MINISTER OFFICE on September 16, 2021.)

The security challenges in the Indo-Pacific region have grown significantly. Military modernisation is occurring at an unprecedented rate and capabilities are rapidly advancing and their reach expanding. The technological edge enjoyed by Australia and our partners is narrowing.

AUKUS will build on the three nations’ longstanding and ongoing bilateral ties, and will enable the partners to significantly deepen cooperation on a range of emerging security and defence capabilities, which will enhance joint capability and interoperability.

Initial efforts under AUKUS will focus on cyber capabilities, artificial intelligence, quantum technologies, and additional undersea capabilities. This is an historic opportunity for the three nations, with like-minded allies and partners, to protect shared values and promote security and prosperity in the Indo-Pacific region.

AUKUS will complement Australia’s network of strategic partnerships, including with our ASEAN friends, our Pacific family, our Five Eyes partners, the Quad and other like-minded partners.

Over the next 18 months, Australia, the UK and US will intensely examine the full suite of requirements that underpin nuclear stewardship and demonstrate a clear pathway to becoming a responsible and reliable steward of this sensitive technology. Australia will establish a Nuclear-Powered Submarine Taskforce in the Department of Defence to lead this work.

Nuclear-powered submarines do not have the same limitations that face conventional submarines on weapons storage, speed and endurance. They can stay completely submerged for many months, limiting the opportunities for detection by adversaries.

Australia has no plans to acquire nuclear weapons and this proposal will remain consistent with Australia’s longstanding commitment to nuclear non-proliferation.  All three nations are deeply committed to upholding leadership on global non-proliferation. The Government’s intention is to build the nuclear-powered submarines in South Australia, maximising the use of Australian workers.

Building the submarines in Australia is the best way to develop a strong and effective sustainment industry, which will enable us to meet every requirement to safely operate and maintain nuclear-powered submarines. 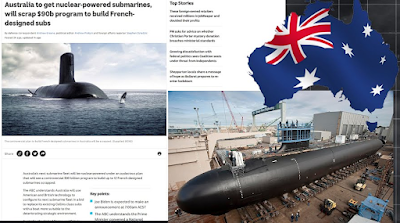 The pursuit of nuclear-powered submarine technology means that Australia will no longer proceed with the Attack class conventional submarine program with Naval Group.

The Government would like to thank the Attack class submarine workforce, Naval Group, the Government of France and Lockheed Martin Australia for their efforts to date. However, accelerating changes to regional security make conventional submarines unsuited to our operational needs in the decades ahead.

The Government will actively work with industry to ensure the people and skills developed under the existing program are not lost to the Government’s Naval Shipbuilding Enterprise as we establish a new program to support the delivery of nuclear-powered submarines to the Navy.

The existing submarine workforce are prime candidates for the unprecedented work that needs to be performed across the Enterprise over the coming decades, where we will rely on their expertise more than ever.

As likeminded liberal democracies, Australia and France share a common commitment to the rules-based global order that has delivered stability and prosperity to the Indo-Pacific. We look forward to continuing to work closely and positively with our French counterparts. France is a key friend and partner to Australia and the Indo-Pacific. 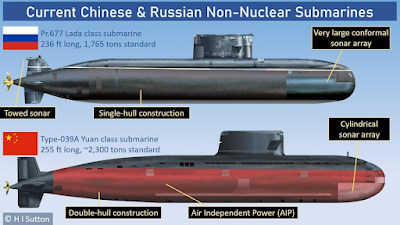 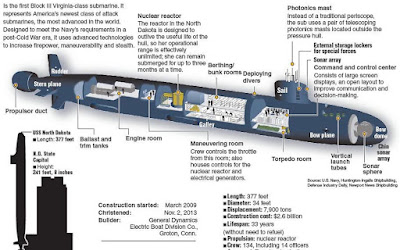 Tomahawk Cruise Missiles, to be fielded on our Hobart class destroyers, enabling our maritime assets to strike land targets at greater distances, with better precision.

Joint Air-to-Surface Standoff Missiles (Extended Range) will enable our F/A-18 A/B Hornets and in future, our F-35A Lightning II, to hit targets at a range of 900km.

Continuing collaboration with the United States to develop hypersonic missiles for our air capabilities.

Precision strike guided missiles for our land forces, which are capable of destroying, neutralising and supressing diverse targets from over 400km.

Accelerating $1 billion for a sovereign guided weapons manufacturing enterprise – which will enable us to create our own weapons on Australian soil.

These capabilities, coupled with the planned Life-of-Type Extension of Australia’s Collins class submarine fleet, will enhance Australia’s ability to deter and respond to potential security challenges.

The management of this transition, and other capability acquisition options that will meet Australia’s strategic requirements, will be at the forefront of consultations through AUKUS over the next 18 months. 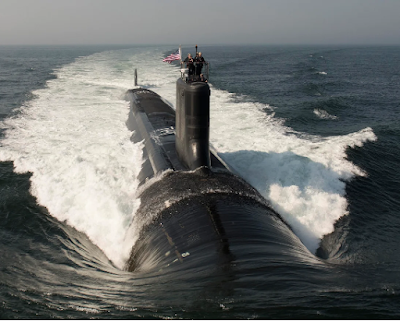 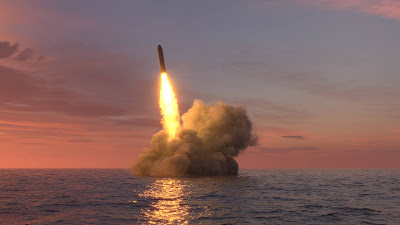 China immidiately sent a four-ship naval fleet to US territorial waters off Alaska. The fleet consists of a guided missile cruiser, a guided missile destroyer, and two supporting frigates. The fleet stays at 46 miles off the US coast under the constant watch from the Bertholf a US Coast Guard vessel. 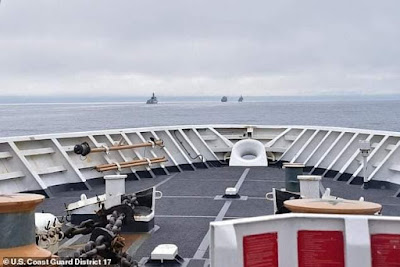 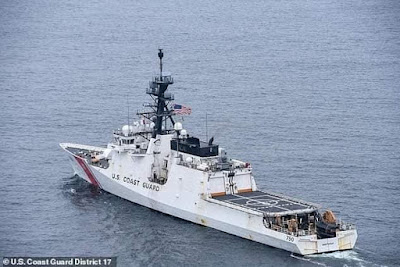 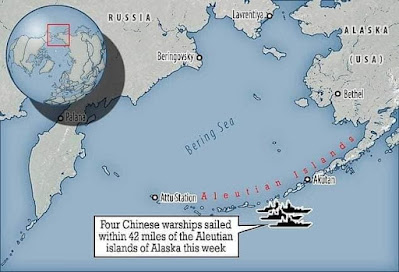