Arming Army-Wives: US$ 90 A Month Salary 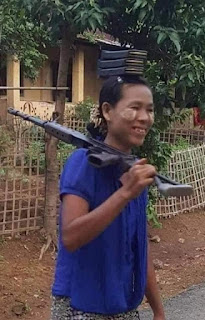 Myanmar Army desperate to boost the troops’ depleting number and sagging morale has announced on August-10 to pay a fixed salary to every army-wife armed and ready to fight or already fighting the dreaded PDF and the ethnic insurgents.

Myanmar's newest dictator General MAH has ordered his War Office to pay a monthly salary of kyats 180,000, equivalent to US$ 90 at the rapidly depreciating rate of 2,000 kyats/US$, starting from August 2021.

According to the army circles the armed army-wives will receive a fix salary regardless of her soldier-husband’s rank or status. Their salary of kyats 180,000 is roughly half the unofficial salary Myanmar Army has been paying to the civilian militia like Swan-arr-shins or Pyu-saw-htees.

Almost all the army-wives living inside the battalion Head-Quarter bases all over Burma are now trained and armed heavily to defend their home-bases against their enemies PDFs and ethnic insurgents. And they are taking heavy casualties in so-called liberated areas like the Kachin State and Karen State.

Nearly a three-quarters of 750+ battalion compounds of Myanmar Army nationwide are now seriously threatened since the shadow government NUG declared the war against the universally-hated Myanmar Army on September-7. 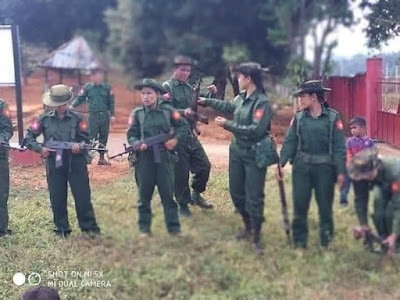 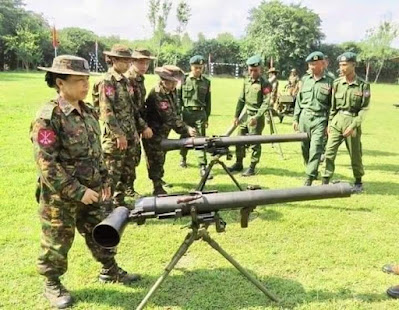 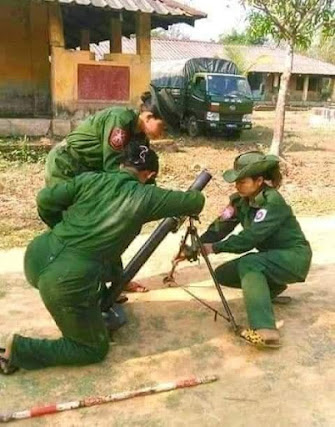 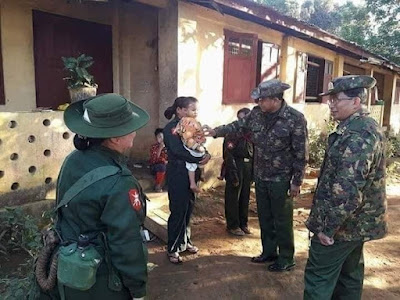 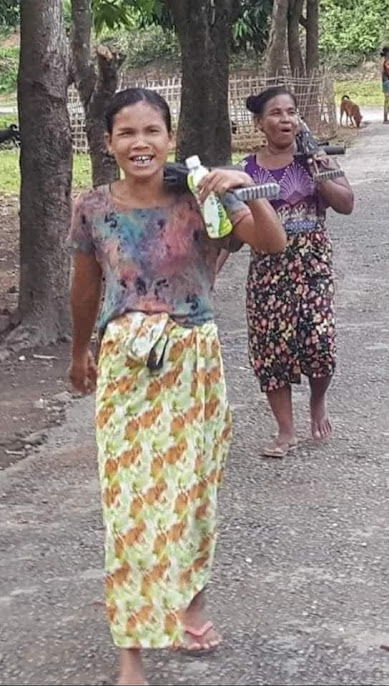