China’s Take on Anti-Copper Mine Protests in Burma!

The Letpadaung copper mine project, jointly established by China and Myanmar, has become the target of growing protests. The Myanmar government arrested some protesters on Tuesday, but this has not stopped the action. The leader of Myanmar's National League for Democracy, Aung San Suu Kyi, said that she will visit the area. She also insists that Myanmar should stick to its agreement with Chinese companies.

It will be a lose-lose situation for China and Myanmar if the project is halted. Only third parties, including some Western forces, will be glad to see this result.

Protesters first asked for more compensation, but now want to stop this project and are demanding that the Chinese company leave. There are definitely some Westerners and NGOs instigating these protesters. More importantly, however, Myanmar's political climate has changed and the government cannot control public opinion.


(The whispers in Rangoon are that the American INGO “Save the Children” is very active in the Monywa Copper Mines area just recently.) 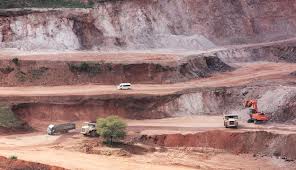 Similarly, some big projects have been halted due to public protests in Shifang, Qidong, and Ningbo in China. Companies cannot get their initial investment back. However, in Myanmar, people have much less ability to identify information than Chinese people.

Chinese companies' investments in Myanmar are facing huge challenges. They need support from the country. China is able to exert some influence. We must not give up on the project. Even if it is eventually stopped, Chinese companies should receive compensation according to the contract and international practice.

Regardless of the result, China need not lose confidence in its peripheral diplomacy due to the failure of its investments in Myanmar. What we see in the country is the inevitable impact of its democratization.

Some Chinese people are gloating over the plight that Chinese companies are facing in Myanmar and claim that it is retribution for China cooperating with a "dictatorship." This argument is a result of their ignorance of the real situation in Myanmar. Of course, Chinese companies should focus more on the people of the countries they invest in. It is the objective requirement of the wave of democratization that has swept over poor countries. 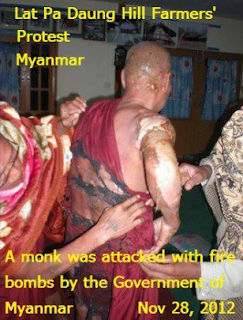 The Letpadaung copper mine crisis has drawn Chinese people's attention to Myanmar. Democracy has brought hope there, but it has also blocked a major construction project instead of liberating productive forces.

This kind of democracy can neither bring high growth for the Myanmar economy nor result in tangible benefits for the people. Western countries' lifting of sanctions cannot bring wealth. The prosperity of Myanmar ultimately depends on its people's efforts.

China's per capita GDP is about one-eighth of the US's. China is to the US what Myanmar is to China. China has great comprehensive national strength. However, per capita wealth is the most useful standard for people's actual lives.

(The Global Times is a daily Chinese tabloid controlled by the Peoples’ Daily newspaper owned by the Communist Party of China. The Global times, mainly focusing on international issues related to China’s interests, differentiates itself from other Chinese newspapers in part through its more populist approach to journalism, coupled with a tendency to court controversy.) 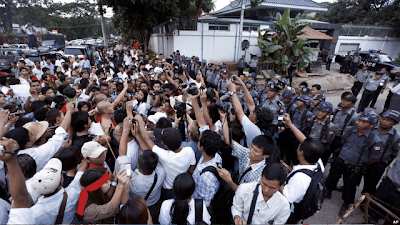 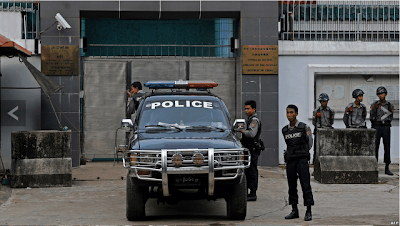 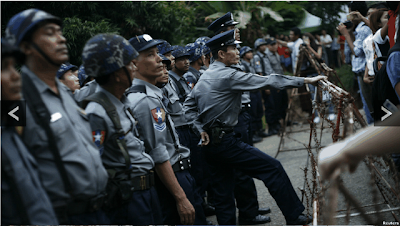