(Francesca Romana’s translation from The RORATE-CAELI Blog on 31 March 2016.) 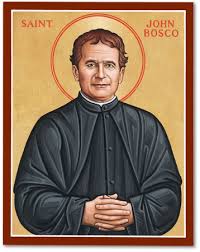 Father: Before talking to you about the religions separated at a certain point from the Roman Catholic Church, I want to draw your attention to the religions that do not have the characteristics of the divinity in them and which we call false religions. They range from Judaism to Idolatry, to Mohammedanism to the Christian sects professed by the Schismatic Greeks, Valdese, Anglicans and Protestants.

Regarding; Idolatry, I think there is no need to discuss this with you, since nowadays it does not exist, with the exception of  very few countries where the light of the Gospel has  still not penetrated. Regarding Judaism, I think I have already spoken sufficiently in the first part of these conversations. If you like, I’ll now tell you about the others, starting with Mohammedanism.


Son: Yes, yes, first of all, tell us what Mohammedanism means?

F. Mohammedanism is a collection of maxims extracted from various religions, which, if practiced, bring about the destruction of every moral principle.

S. In which countries is this Mohammedanism professed?

F. It is professed in a large part of Asia as well as part of  Africa.

F. Mohammedanism was started by Mohamed.

S. Oh! We’d really like to hear about this Mohamed. Tell us everything you know about him.

F. It would take too long to tell you all the stories about this famous impostor. But I’ll tell you who he was and how he came to establish his Religion.

In the year 570, Mohamed was born into a poor family, of a Jewish mother and gentile father, in Mecca an Arabian city not far from the Red Sea. In search of glory and desirous of bettering his conditions, he wandered around several countries and managed in Damascus to become the agent of a merchant’s widow who afterwards married him.

He was cunning enough to take advantage of his infirmities as well as her ignorance, to establish a religion.  Suffering from epilepsy, male caduco, he claimed his frequent falls were ecstasies wherein he had conversations with the Angel Gabriel.

S. What an imposter to deceive people like that! Did he also try to work miracles to support his predication?

F. Mohamed couldn’t work any miracles to support his religion, as he was not sent by God.  God is the sole author of miracles.  However, as he claimed himself greater than Jesus Christ, he was asked to work miracles in the same way [as Jesus]. He arrogantly replied that the miracles had [already] been worked by Jesus Christ and that he [himself] had been called by God to reestablish the religion by force.

With all of this he claimed to have worked one miracle. He said he had been able to restore a piece of the moon after it had fallen onto his sleeve; to commemorate this ridiculous miracle, the Muslims made the half-moon their emblem. 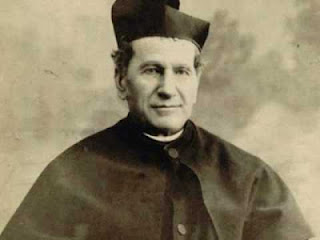 You laugh, beloved sons, and you are right to do so, since a man of that sort [simply] had to be deemed a charlatan, not the predicator of a new religion.  For this reason, his fellow-citizens wanted to imprison him and put him to death since his reputation as an imposter and disturber of the peace was widely  known.  But he managed to escape and retreated to the city of Medina along with some libertines who helped him and made him the ruler of that city.

S. What exactly does the Mohammedan  religion consist of?

F. Mohamed’s religion consists of a monstrous mixture of Judaism, Paganism and Christianity. The book of Mohamed’s laws is called the Qur’an i.e. the book par excellence. This religion is also called Turkish (Ottoman) since it is widely diffused in Turkey; Muslim [Musulmana] derives from Mosul, the name that the Mohammedans give to their prayer director; Islamism, from the name of some of its reformers; at any rate, it is still the same religion Mohamed established.

S. Why did Mohamed put together this mixture of various religions?

F. Since the peoples of Arabia were in part Jews, Christians and Pagans, he consequently selected a part of the religion they professed in order to induce them to follow him, choosing in particular, those points that would favor sensual pleasures the most.

S. Mohamed must have been an erudite man?

F. Absolutely not, he couldn’t even write; and in composing his Qur’an he was assisted by a Jew and an apostate monk. When discussing things contained in Holy Scripture he confused the facts; for example, he attributes to Mary, Moses’ sister, many facts that regard Mary, the Mother of Jesus Christ, in addition to many, many other frightful errors.

S. This seems hard to believe: if Mohamed was ignorant and he didn’t work any miracles how could he have propagated his religion?

F. Mohamed propagated his religion, not through miracles or persuasive words, but by military force. In a short time, this religion which favoured every sort of licentiousness, allowed Mohamed to become the leader of a troop of brigands. Along with them he raided the countries of the East and conquered the people, not by indicating the Truth, not by miracles or prophecy but with one aim only: to raise his sword over the heads of the conquered shouting: believe or die!

S.  What a villain! This cannot be the way to convert people! Without doubt, Mohamed being such an ignoramus must have planted many seeds of error in the Qur’an?

F. We could say the Koran is a series of errors, the most enormous ones being against morality and the worship of the true God.  For example, it excuses from sin those who deny God out of fear of death; it permits revenge; it guarantees its followers a Paradise filled only of earthly pleasures.  In short, this false prophet’s doctrine permits things so obscene, that the Christian soul is horrified just naming them.

S. What is the difference between the Catholic Church and the Mohammedan one?

F. The difference is very great. Mohamed established his religion with violence and arms; Jesus Christ established His Church with words of peace using His poor disciples. Mohamed incited the passions; Jesus Christ commanded the denial of self.  Mohamed worked no miracles; Jesus Christ worked uncountable miracles in broad daylight and in the presence of countless multitudes.
Mohamed’s doctrines are ridiculous, immoral and corrupting; Jesus Christ’s are august, sublime and pure. In Mohamed not even one prophecy was fulfilled; in Jesus Christ all were.

To sum up, the Christian Religion, in a certain way, renders man happy in this world so as to raise him up to the enjoyment of heaven; Mohamed degrades and dishonours human nature and by placing all happiness in sensual pleasures, reduces man to the level of filthy animals. 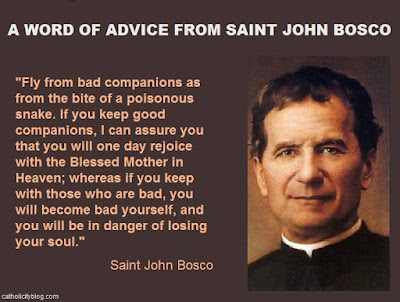 The Catholic diocese of Orlando, Florida, says it has reprimanded a teacher at a Catholic school in the state for giving his sixth-grade religion class an anti-Muslim reading assignment.

Mark Smythe, a religion and social studies teacher at Blessed Trinity Catholic School in Ocala, gave students printouts of a 19th-century Catholic text that refers to Islam as a “monstrous mixture” of faiths. It also calls the doctrines of the Prophet Muhammad “ridiculous, immoral and corrupting.”

“We have spoken to the principal of Blessed Trinity Catholic School, Ocala and to the teacher in question and have reprimanded the teacher for this unfortunate exhibit of disrespect,” Jacquelyn Flanigan, an associate superintendent at the Diocese of Orlando’s Catholic school system, said in a statement. Flanigan didn’t elaborate on what she meant by “reprimanded.” Smythe did not respond to a request for comment.

A concerned mother with a child in Smythe’s class gave copies of the reading assignment to a friend, who then sent the copies to The Huffington Post through the Documenting Hate project. “[The mother] shared this with me while she could not stop crying,” the friend wrote.

The reading assignment appears to be an excerpt from an 1853 text about Islam by priest Giovanni Bosco, who later became a saint. In the imagined dialogue between a father and his sons, the father explains how Jesus Christ is superior to the Prophet Muhammad, who “degrades and dishonors human nature and by placing all happiness in sensual pleasures, reduces man to the level of filthy animals.”


Elsewhere in the text, Muhammad is described as a “charlatan,” “villain,” “ignoramus,” “imposter” and “false prophet” who “couldn’t even write” and “propagated his religion, not through miracles or persuasive words, but by military force.” The Quran, the holy book of Islam, is also called “a series of errors, the most enormous ones being against morality and the worship of the true God.” 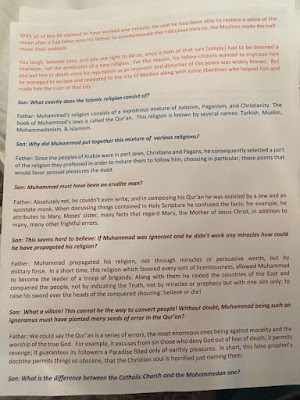