(Gary Galles’s article direct from The MISES INSTITUTE on 10 April 2017.)

One needn’t read very much about public policy before coming across some statement to the effect that “bad economics makes good politics.” This statement is clearly untrue when good politics is defined as furthering mutually beneficial arrangements, as good economics is central to that task.

But the statement is often true when good politics is defined as attracting 50%-plus-one votes on some issue or candidate, which is a much different standard, leaving plenty of room for government-imposed harms to be imposed on citizens. Few issues reflect this divergence between “good” politics and bad economics more clearly than rent control.

One of the most universally accepted propositions among economists is that rent control produces a host of adverse social consequences with its large involuntary redistribution of wealth and suppression of market prices as communicators of information and incentives.


Despite that, it has been adopted as policy in many places and times — and now is a good time to revisit these issues, as efforts are currently underway in several states (including California, Oregon, Washington, and Illinois) to repeal existing statewide restrictions on rent control.

Rent control takes a large portion of the value of residential properties from landlords. It does so by removing owners’ rights to accept offers willingly made by potential renters. And the value of the rights involved are large.

For example, after Toronto imposed rent control in 1975, affected building values fell by 40% over five years, and a decade ago, such losses were estimated at $120 million annually in Santa Monica.

A law like rent control, which can take half or more of each apartment’s value from the landlord, harms them just as much taking away half of their apart­ments, even though the latter is recognized as theft.

Those stripped property values are given to current tenants, whose resulting bonanzas are shown by the fact that those under strict rent control almost never leave.

By taking away so much of the effective ownership of rental housing from owners, rent control creates several other additional adverse effects. Without owners’ ability to capture the value of their buildings, the rental housing stock deteriorates in both quantity and quality. Reduced incentives for maintenance and repair erodes existing rental housing.

Further, owners retain little incentive to construct new rental units, bringing new apartment construction to a virtual halt, taking with it local construction jobs and tax revenues. Rental units are also converted to condos and non-housing uses to escape the burdens rent control imposes. All of this reduces rental housing availability, which worsens the problem of inadequate housing rather than alleviating it.

Rent control also increases discrimination and landlord-tenant hostility. Owners who can no longer be compen­sated for increased costs created through crowding, water usage, potential damage, or reduced probability of actually paying the rent — or any other unattractive tenant charac­teristic — have sharply reduced incentives to accommodate those who might impose them.

This is why rent controlled areas, rather than helping those of low and moderate means, become increasingly populated by higher income tenants with few children. Further, tenants blame “greedy” land­lords for not providing the services they desire, and landlords view tenants as the enemy engaged in an ongoing rip-off, even though rent control is the real culprit.
Rent Control Creates Black and Gray Markets

Not only do these alternative forms of competition favor higher income renters, rather than “the poor” (who populate rent control rhetoric but far less of the housing available under it), they lead to rent control boards to stymie such at­tempts. That enforcement, as well as the costs land­lords must bear both to defend themselves and comply with its edicts, consumes a great deal of resources that could have been put to productive uses.

Despite such an overwhelming case for rent control being bad economics, why has it not been equally politically unattractive? The essential reason is that in cities where rent control is imposed, existing local renters, who are the recipients of the value taken from landlords, form a political majority who approve of that theft, vote for it, and go to great lengths to rationalize and defend it as part of “the wonders of democracy.”

Rent control offers current tenants perhaps the greatest economic returns of any policy they could use their majority power to enact. Not only do they save what can far exceed $1,000 a month compared to what market prices would be, they are also awarded what amounts to life tenure.

If you saved $1,000 a month and stayed 10 years, that would be $120,000, while staying 21 years would generate over a quarter million dollars in benefits. And many long-term tenants have saved themselves far more. What other political act offers local renters so great an economic benefit in exchange for their votes?

Rent control’s “pro renter” rhetoric also allows a powerful form of misrepresentation. Rent control benefits current renters, but it does not benefit renters overall. It harms all renters and potential renters who aren’t already in rent-controlled units. It harms all those who seek to rent apartments after rent control is imposed, mainly finding “no vacancy” signs instead.

But they don’t get a vote in the communities to which they'd like to move. Even though those who are eventually successful in finding a controlled unit have been harmed, once there, they don’t want their finally-achieved good deal halted.

Rent control also harms renters in surrounding communities, as the restricted supply of available units raises rents there, as well. But they don’t get a vote, either. Rent controls also harm those who rent houses, which are usually exempt, because rent control’s reduction in housing availability leads those rents to be bid up as well.

Because housing is durable, there is an unusually sharp dichotomy between short-run and long-run effects. The short-term effect of imposing rent controls on the available supply of rental units is quite small. Proponents can focus only on the immediate effects to argue that objections are unsubstantiated.

However, the cumulative effect of ongoing rent control is very large, leading many economists over the years to recognize its ability to decimate the supply of urban housing. Property owners, who might be expected to be unified in opposition to the threat to property rights rent control poses, are also subject to divide and conquer techniques.

Not only are rental housing owners far outnumbered by current tenants, many of them live outside the jurisdiction considering rent control, undermining their voice. And if they raise money for an opposition campaign, their efforts against the harm that would be imposed on them can be easily demonized as proof of how much they rip off tenants whenever they are given a chance.

Property owners are also split in other ways. Owners in neighboring areas, who would otherwise tend to side with those in the jurisdiction considering rent control, due to the similar threat posed against them, can be bribed away because the reduction of housing supply “next door” increases their demand and raises their rents.

Owners of commercial property, who are usually exempt from rent control, can benefit from higher rents for their properties due to the influx of higher income residents rent control brings. The restriction in supply of rental units in an area also raises the price of owner-occupied homes, undermining their support against rent control.

Rent control also splits owner opposition to the threat of expropriation by exempting commercial uses and houses in the jurisdiction by increasing the value of their properties, as does the spillover gains they capture from the reduced supply of rental housing nearby.

(Blogger’s Notes: I used to live nearly five years in a rent-control apartment in the swanky Upper East Side of New York City. I paid US$2,500 a month for a one-bed-room rundown 5th floor walkup on E64 Street between First Avenue and York Avenue. In 2012 the comparable non-rent control flats in the area were asking for at least 3,000 a month and my unit seemed to be an extremely good bargain. 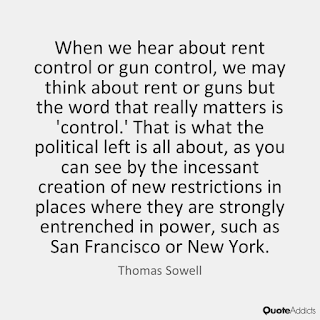 Only later I realised that the sub-letter (my unofficial landlord named Michael) was paying less than 750 a month as legally-controlled-rent for that flat to the real owner a large corporation which owned the whole block of nearly 500 rent control apartments. He was making more than 1,750 a month for that rent control flat and he had managed (illegally of course) altogether five rent control flats in the very popular Upper East Side area.

The full story of my flat eventually came out from Michael one night as he told me in half-drunk. The flat was and still in the name of his old mother who is fully retired and now living in sunny Florida like many other retired New Yorkers do. Instead of returning the flat to the owners she, blatantly against the city laws, is still hanging on to her rent control flat, then letting her own son manage the flat, and sharing the profits from sub-letting her flat at just below market-rent but well above controlled-rent.

Not just her but also her sisters and brothers and cousins (a couple of them had already been deceased for a very long time) are doing the same black market things well-managed for them by Michael. The profits from their rent control flats have been paying their Florida mortgages and their living expenses in much cheaper Florida.

It was not an unknown story as the whole bloody New York knew the rent control scam. And the real owners of those rent control flats knew it too. But the Democrat city politicians and their system knowingly encouraged the scam by making almost totally impossible for the landlords to evict the scammers through the NYC Housing Court stacked with so-called progressive judges appointed by Democrat city politicians.

In some extreme cases the landlords managed to get their flats back through the Housing Court. But as soon as they got back they warehoused the flats instead of letting the flats again at very low controlled-rents. In our 100-year-old block of about 30 units nearly ten are empty and slowly decaying as the landlord’s intention was to slowly get rid of the remaining tenants and eventually demolish the block and redevelop the land.


That warehousing of large number of rundown apartments by their owners gave the locality an image of decay and destitute. The zip code 10065 of Upper East Side is famous for its multi-million-dollar brownstones (townhouses) between the Central Park and Third Avenue. But the large area between Third Avenue and East River is basically a slum because of those blocks of rent control flats and everyone knows it.) 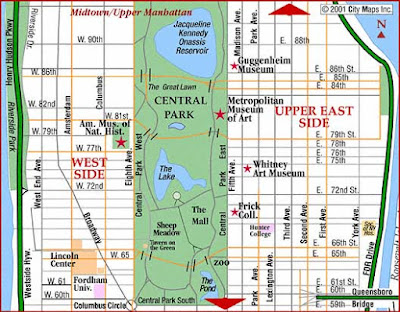