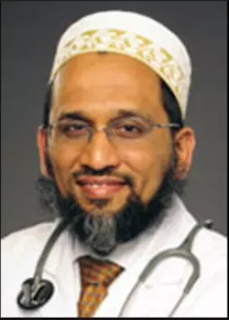 (WJBK) - A second doctor has been arrested in connection with a female genital mutilation investigation in Detroit.

Fakhruddin Attar, 53, and his wife, Farida Attar, 50, of Livonia, were both arrested and have been charged with conspiring to perform female genital mutilations on minor girls out of Dr. Attar's medical clinic in Livonia. Both husband and wife were arrested Friday morning and are due in court later this afternoon.

Dr. Attar's attorney, Mary Chartie, said that they weren't surprised they were arrested. "These are individuals who have no criminal history. They are upstanding members of the medical community and now they are being arrested and it's frightening for them," Chartie said. "He certainly wasn't shocked by the allegations because he knows the same allegation was made against [his colleague]."


Authorities say Dr. Nagarwala never worked at Burhani Medical Clinic, therefore the office has no record of her billing for medical procedures there. Nargawala was arrested in Detroit on April 12. Authorities claim that the Attars allowed Nagarwala to perform the operations when the office was closed.

The FGM investigation at Burhani Medical Clinic has identified two young girls from Minnesota who have been operated on by Dr. Nagarwala. Other minor girls in Michigan may have undergone procedures as well.

Investigators say they have video evidence of Dr. Nagarwala meeting patients at Dr. Attar's Livonia clinic. They also tapped Nagarwala's phone and say they recorded a conversation in which attar's wife is allegedly heard telling patients not to talk to police and deny any procedure was done. The Attars are both in federal custody and will have a bond hearing next week.

Members of a particular religious and cultural community (Muslims) are known to practice FGM on young girls as part of their beliefs and cultural practice to suppress sexuality. Dr. Nagarwala's defense team has denied the accusations against her and calls it 'religious removal.'

Livonia doctor's defense denies female genital mutilation; calls it religious removal. The defense argued, claiming no female genital mutilation took place, instead, a religious removal of a mucus membrane from the genitals which was wrapped up and given to the parents to bury -- a practice they say is performed by a small sect of Indian-based Islam called Dawoodi Bohra. 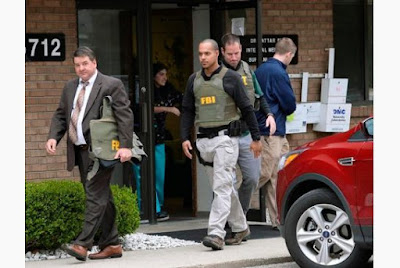 Detroit Doctor and Wife Arrested with Conspiring to Perform FGM

A Detroit physician and his wife were arrested this morning and charged by criminal complaint unsealed today for their alleged participation in a conspiracy that involved performing female genital mutilations (FGM) on minors.

Fakhruddin Attar, M.D., 53, and his wife, Farida Attar, 50, both of Livonia, Michigan, are charged with conspiring to perform female genital mutilations on minor girls out of Fakhruddin Attar’s medical clinic in Livonia. According to the complaint, some of the minor victims traveled interstate to have the procedure performed. The complaint alleges that the FGM procedure was performed on girls who were approximately six to eight years old.

Both defendants were arrested this morning and are scheduled to appear in federal court in Detroit this afternoon.

The defendants are alleged to have conspired with Jumana Nagarwala, M.D., who was arrested in Detroit on April 12, 2017, and ordered detained on April 17, 2017, pending trial. Nagarwala, Fakhruddin Attar and Farida Attar are believed to be the first people charged under 18 U.S.C. 116, which criminalizes FGM.

A complaint is merely an allegation and the defendant is presumed innocent unless and until proven guilty beyond a reasonable doubt in a court of law.

The FBI’s Detroit Division and HSI investigated the case with the assistance of the Livonia Police Department and with support of the Criminal Division’s Fraud Section, the U.S. Attorney’s Office of the Eastern District of Michigan and the FBI’s International Human Rights Unit, Criminal Investigative Division. Deputy Chief Sara Woodward of the General Crimes Unit of the Eastern District of Michigan, Fraud Section Assistant Chief Nick Surmacz and Trial Attorneys Amy Markopoulos and Malisa Dubal are prosecuting the case.

The FBI’s Detroit Field Division has set up a tip line for anyone who has information pertaining to the illegal practice of FGM or Dr. Jumana Nagarwala, Fakhruddin Attar or Farida Attar at 1-800-CALL-FBI (225-5324). To submit an e-tip, please visit FBI.GOV/FGM.


(Please read the criminal complaint against Attars here at this link.) 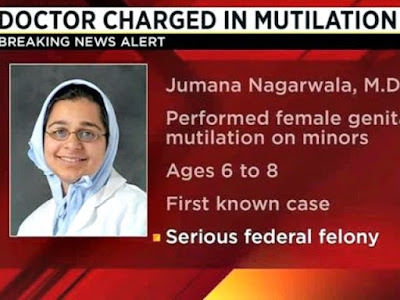