(Lucas Nolan’s article direct from The BREITBART NEWS on 17 April 2017.) 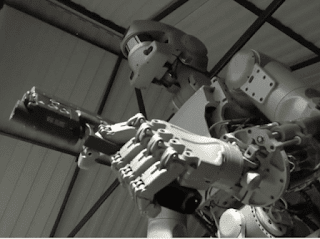 Following the release of footage of a Russian-made robot firing handguns at targets, Russian officials have stated that they are not making a “terminator” robot. The UK Mirror reports that the robot, known as FEDOR – Final Experimental Demonstration Object Research – is part of Russias current developments in space exploration.

The robot is being developed by Android Technics and the Advanced Research Fund, initially with the aim to aid during rescue operations, however, now the robot is being considered to replace human engineers on the International Space Station.

A video of the robot released recently has made many question the application of these new machines as the android can be seen dual-wielding pistols and firing them at metal targets in the distance. This caused many people to assume that the robot was some sort of new military hardware designed to replace soldiers in the field.


Russian officials have denied this claim. “We are not creating a Terminator, but artificial intelligence that will be of great practical significance in various fields.” said Russian Deputy PM Dmitryi Rogozin.

FEDOR is currently scheduled to travel into space in 2021 and could act as a permanent replacement to the cosmonauts onboard the ISS. “This thing can work without a space suit, live not only in a crew vehicle, but even outside it. Its name is Fedor.” said Deputy PM Rogozin.

Vladimir Solntsev, general director of Russian rocket-making corporation Energia, said: “Our involvement in the Fedor-based space robot project will bring us to the next level in the development of robotic technologies.”

Director of the TSNIImash laboratory of space robotic Alexander Grebenshchikov said: “Every hour of work of cosmonauts on space walks costs from $2 million to $4 million (USD). The use of cheap robots for routine operations in the future will also spare additional time of the crew for leisure or for the fulfillment of other important tasks.” 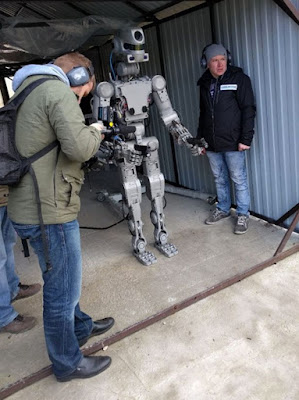 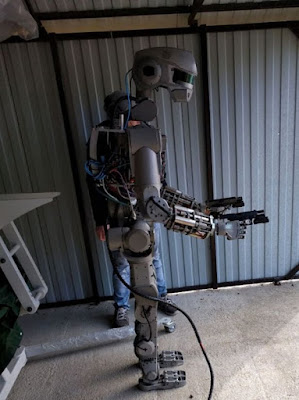