(This post is news from AFC - Asian Football Confederation and Eleven Media Group.)

Ho Chi Minh City: Lin Ohnmar Tun's second-half strike was enough for Myanmar to edge neighbours Thailand 1-0 on Sunday and book a place in the 2013 AFC U-19 Women's Championship.

The defender scored the only goal of a keenly-contested qualification play-off with 67 minutes at the Thong Nhat Stadium played as Myanmar joined the top five finishers from the last competition in the list for next year's finals.

Japan won the 2011 AFC U-19 Women's Championship by finishing top of the six-team table in the round-robin league tournament played at the same venue in Ho Chi Minh City ahead of runners-up DPR Korea, third-place China, Korea Republic and Australia, whose epic 4-3 win over Vietnam was enough for the Young Matildas to take fifth position ahead of the hosts.

Vietnam's hopes of a return to the AFC Women's U-19 Championship effectively ended when they lost 2-1 to Myanmar in their opening match of the second round of qualifiers for the 2013 tournament on December 1. 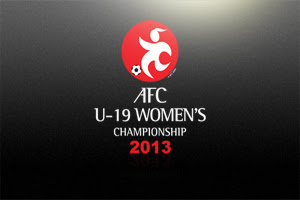 The six teams will play in a round-robin league tournament to be held in 2013. As a Burmese-Australian I will have a trouble choosing which side to support when Burmese Women Team plays the Young Matildas next year. 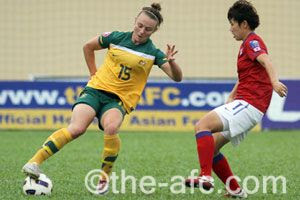 (Australia and South-Korea playing in 2011 AFC U-19 Women Championship.)