(This post is part of the StrategyPage’s article “Screwed By The Fracked Chinese”.)

For three weeks now police and government officials in Rakhine state have been checking the citizenship status of ethnic Rohingya. These are a Moslem people originally from neighboring (majority Moslem) Bangladesh.

The ethnic Burmese not only look different but are Buddhist, a religion Moslems have never gotten along with.  The government believes that documenting the citizen status of Rohingyas will make it easier to deport them. But no countries want the Rohingya, no matter what the Burmese government thinks their citizenship status is.

In the last six months violence in Rakhine state has caused over a thousand casualties (and over 200 dead), most of them Moslem, and left thousands of buildings destroyed. This has displaced over 110,000 people (about 75 percent Moslem). The Moslems and Buddhists have never gotten along in Rakhine State and there's always been some tension.


Until recently the military government suppressed violence and any open talk of these problems. But since the elections last year, there's been more freedom of the press and that has included more public discussion by Buddhists about how much they dislike the Moslem Rohingyas.

Burma is about 70 percent ethnic Burmese (Burman) and 90 percent Buddhist. Only four percent of the 60 million Burmese are Moslem, and a little over half of the 2.4 million Moslems are Rohingyas. Burma and neighboring Thailand and parts of Vietnam are an island of Buddhism surrounded by Moslems who are seen as aggressive and threatening. 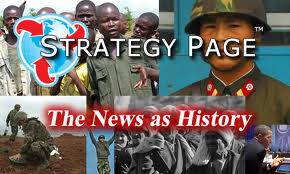 That fear goes back for centuries, even though most of the Moslem converts to the south and east were obtained by persuasion, not conquest. India, to the west, was a different story, where the Moslems there have been fighting for nearly a thousand years to force Hindus (and any other non-Moslems) to convert.

The current wave of Islamic terrorism is seen as another chapter in that sad story of intolerance and violence. While Burmese Buddhists are divided by politics and attitudes towards the northern tribes, they are nearly unanimous in wanting the Rohingyas gone.

Most of the current Burmese ethnic and religious violence is in Rakhine State, which has a population of 3.8 million, with about 800,000 of them Moslems, mostly Rohingyas. These are Bengalis, or people from Bengal (now Bangladesh) who began migrating to Burma during the 19th century.

At that time the British colonial government ran Bangladesh and Burma and allowed this movement, even though the Buddhist Burmese opposed it. Britain recognized the problem too late, and the Bengali Moslems were still in Burma when Britain gave up its South Asian colonies after World War II (1939-45).

Bangladesh has long had too many people, and illegal migration to neighboring areas (mainly India) has been a growing problem. But Bangladeshis try to sneak into Burma as well, and this is now well received by the Burmese Buddhists.

In the 1990s, an outbreak of violence led to over a quarter million Rohingya fleeing to Bangladesh. Some 28,000 are in refugee camps in Bangladesh, another 200,000 live outside the camps in Bangladesh and some are in Thailand, where they are considered economic migrants and thus illegal.

The Rohingya have the support (for being allowed to stay in Burma) of the worldwide Moslem community. This makes the Burmese more determined to defeat this "Moslem invasion" and the more militant Buddhists are demanding that the Rohingya be expelled from Burma. 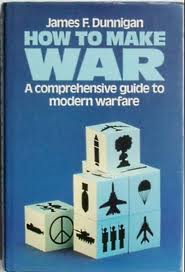 That won't work because no one will take them. Moslem countries don't believe in that kind of retreat and that scares the Burmese Buddhists even more. Despite the stand-off, thousands of Rohingya are fleeing, mostly to Bangladesh, which does not want them. The Burmese are forcing Rohingya in the northwest to move to all-Rohingya communities and encouraging Rohingya to stay away from non-Moslems.

There is similar fear of the non-Burmese (and often non-Buddhist) tribes in the north. In this case it's the Burmese who are invading the thinly populated tribal territories and the tribes don't like it. The tribal areas were not part of Burma until Britain made it so, when their Burmese colony was granted independence after World War II. That bit of post-colonial nation building has never worked out.

Wealthier Rohingyas are fleeing to Malaysia, and about 24,000 Rohingyas are now living there. Smugglers will take Rohingyas down the coast by boat for over $1,000 per person. Over a third don’t make it (because of bad weather or problems with the overcrowded boat). Malaysia is Moslem and a better economic destination than Bangladesh (where you often get locked up in a refugee camp). About ten percent of the Rohingya who fled Burma are in Malaysia, the rest (over 200,000) are in Bangladesh.

In general, the Moslem world has reacted to the Rohingya situation not by offering sanctuary for Rohingya but by accusing Burma and other non-Moslem states of persecuting Moslems and driving innocent Moslems to use terrorism to defend themselves. While this plays well in the Moslem world, it gets hardly any attention in the West. In Burma and India, however, it’s big news and makes the idea of expelling the Rohingya even more popular.

November 26, 2012: An Indian military delegation arrived to negotiate more military aid for Burma and still more military ties (training of Burmese troops in India, intelligence sharing, and so on). This is all meant to counteract the growing Chinese influence in Burma. China has become more of an economic power in Burma than India and, in the end, this is more likely to get the attention of the Burmese leadership than military ties with India. But the Chinese presence is much more unpopular, despite the economic benefits.

(James F. Dunnigan, born 8 August 1943, is an author, military-political analyst, consultant to the Defense Department and State Department, and wargame designer currently living in New York City. He is famous for his matter-of-fact approach to military analysis.

He regularly lectures at United States' military and academic institutions. In 1999 Pyramid magazine named him as one of the millennium’s most influential persons.)


Related posts at following links:
1942 Islamic Genocide of Native Buddhists in North-Arrakan
Posted by Hla Oo at 1:04 AM