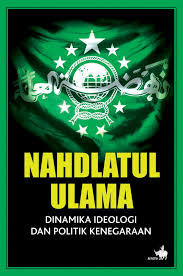 
More recently, NU and PKI supporters had clashed violently in the so-called 'unilateral actions' of 1964 and early 1965, during which communist groups had sought to occupy large rural landholdings owned by well-to-do Muslims. In the period leading up to the coup, some sections of NU had worked closely with anti-communists in other political parties and the army to build an informal anti-PKI alliance. If there was to be a mass response to the coup movement and particularly the PKI, NU was set to play a prominent role.

Within the NU meeting on 3 October, opinions were divided. Some central board members wanted the party to proceed cautiously, arguing that the political situation was too uncertain and that precipitate action might imperil NU members and the future of the party. They were especially worried that the PKI and its supporters in the military and the ruling regime remained powerful and would retaliate fearfully against any hostile activity.

Others were determined to act emphatically against the PKI. They were militantly anti-communist and believed that the failed coup attempt provided a long-awaited opportunity to strike back at the PKI. They were convinced that communists posed a grave threat not only to Islam but also to NU and its elite ulama (religious scholars).

When Munasir Ali told the meeting that inaction equalled death, most those in attendance agreed with him. They decided on two courses of action which helped to seal the fate of the PKI and its supporters. Not only would NU publicly identify the PKI as the main coup plotter and push for its immediate banning, it also would also begin mobilising its members for a physical campaign against communists.

A new organisation called the NU Security Coordination Body (BKKJNU) was established the same day, under the chairmanship of Munasir, with the objective of coordinating the anti-PKI mobilisation. Other NU figures joined with anti-communist leaders from a variety of religious and political backgrounds to found KAP-Gestapu, an 'action front' which quickly organised large public demonstrations against the coup movement and in support of Suharto. 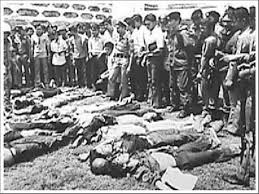 A small group of NU leaders also succeeded on 5 October in getting military approval for the broadcast on national radio of the first statement connecting the coup movement to the PKI and calling for the communist party's prohibition.

The NU central board sent a string of instructions to branches condemning the PKI and the coup movement and calling on members to help the authorities to 'root out' and 'eliminate' communism. Parallels were drawn with the events of 1948 in Madiun, where NU said that communists had slaughtered Islamic scholars. NU leaders were concerned to avoid uncontrolled aggression by party members, particularly if this resulted in conflict with the authorities. But while not explicitly enjoining violence, such action was clearly implied in these communiqués.

By the second week of October, the first systematic NU violence towards PKI members had taken place in East Java. It soon spread to other parts of the island. Local ulama usually played a pivotal role, organising their followers into squads or directing NU's paramilitary brigade, Banser, as well as liaising with regional military officials and the NU Security Coordination Body in Jakarta.

The exact details of NU operations varied from area to area, but the most common pattern was for NU units to work closely with the army and other anti-communist groups in drawing up lists of PKI members and supporters, and then either detain or execute them.

Much of the killing by NU squads took place on riverbanks or in fields, with victims usually being killed in a quick and orderly fashion using bladed weapons. Tens of thousands of PKI members and 'sympathisers' met their deaths at the hands of NU killing squads and anecdotal information suggests that NU units were probably responsible for more executions than any other civilian group.

When those involved in NU's killing squads are asked why they executed communists, the most frequent reply is that their motivation was religious. Many refer to the role that senior ulama played in persuading them that killing communists was justified. Many ulama described communists as kafir harbi, or war-like infidels - the most dangerous category of unbelievers according to classical jurisprudence - and informed their students and followers that it was an obligation to physically oppose such enemies until they either relent or are dead.

Other ulama referred to communists as bughat, or rebels who oppose a government that is properly constituted according to Islamic law. These religious explanations convinced many NU members of the rightness of exterminating PKI activists. One killing squad member told me: 'I didn't worry about being involved in the [killing] units after I heard my religious teacher say killing communists would protect Islam. I never had trouble sleeping because of what I was doing, because I knew it was right.'

When the direct interests of NU ulama elite were at risk, the organisation was capable of mobilising with belligerent fervour. Ulama were also mindful of the threat that the PKI posed to their material interests. The unilateral actions had targeted lands owned by ulama families or their religious boarding schools (Madarassas), as well as the properties of NU benefactors in rural areas of Java.

NU leaders must have viewed with alarm the risk of communist attacks upon their privileged socio-economic position, much of which was connected to control of land and access to capital. And when the direct interests of NU ulama elite were at risk, the organisation was capable of mobilising with belligerent fervour.

Ulama used Islamic boarding schools and public sermons to vilify communists. References to communist treachery at Madiun became increasingly common from 1964, as did mention of recent clashes between NU and PKI supporters, some of which resulted in severe injuries or death to NU members.

The overall effect was to create an impression in the mind of the NU community that the PKI represented a lethal threat. Moreover, this threat had been historically recurring; the PKI had quickly recovered from its defeat at Madiun and become Indonesia's largest political party by the late 1950s. The ulama argued that NU should now use the failed coup to help destroy communism permanently.

NU ulama did not only sanction the killings - they were also often directly involved in organising and training the Banser units and ad hoc killing squads. When attending training sessions, they would give special guidance and prayers for members, as well as dispensing amulets or talismans to ensure the safety of those involved in killings. 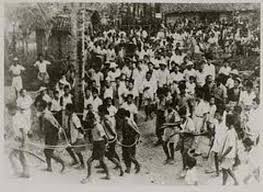 Former Banser members from this period recount how they regarded themselves as a privileged group, closer to the religous elite than other NU members and better able to receive their blessings - something that is important in traditionalist Muslim communities, where ulama are seen as being able to channel God's grace, and close proximity to them is likely to bring spiritual and material reward.

Another crucial factor in explaining the depth of NU's involvement in the violence was the role of the army. Many of the more stridently anti-communist NU leaders, such as Munasir, Subchan ZE and Yusuf Hasyim, were themselves ex-army officers and they had retained close links to the military.

As tensions with the PKI rose from the early 1960s, they began strengthening relations with like-minded officers in the army, using these links to exchange information on communist activities, to gain access to training and funding of NU members and to obtain army protection should the PKI act aggressively towards NU.

Some NU leaders later claimed that their organisation's participation in the killings was due to pressure from the army. Most evidence, however, suggests that NU's elite were keen to move unequivocally against the PKI but were wary of a military backlash. Within hours of the collapse of the coup attempt on the evening of 1 October, NU leaders had begun meeting with their army counterparts to coordinate responses.

They were given 'evidence' of PKI leadership of the coup and quietly encouraged to begin preparations for anti-PKI action. Once it was clear to NU leaders that the army was supporting reprisals against communists, then NU responded quickly.

Ex-army officer Munasir was a case in point. Close to former Armed Forces' commander General AH Nasution and having also served as secretary-general of the Veterans' League, Munasir met with Nasution on 3 October and was told that the PKI had 'masterminded' the coup. He then asked for, and was given, Nasution's approval for NU to prepare to confront the PKI.

The NU killing squads did not cease their grisly work until about March 1966. Even then, many local units seemed reluctant to halt the executions and only desisted when pressured to do so by the central NU leadership and regional military commands. It is clear, then, that while many scholars have emphasised the role of the military in unleashing NU's killing squads, much of the anti-PKI animus was generated from within NU itself and that the organisation need little encouragement in its attempts to destroy the communist party.


(Dr Greg Fealy (Greg.Fealy@anu.edu.au) is a senior lecturer and fellow in Indonesian politics at the Australian National University.) 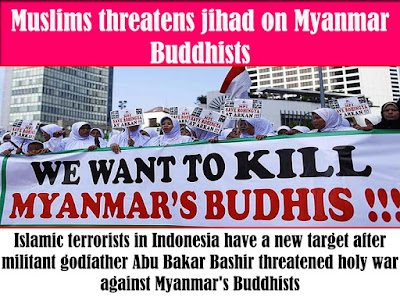