(Based on news articles from the Myanmar Defence Weapons on March 22, 2014.)

Burmese Army has been profiting hundreds of millions of US$ every year from the Army owned UMEHL (Union of Myanmar Economic Holdings Limited) popularly known as Oo-Bye in Burmese.

Army's UMEHL owns banks, TV stations, radio stations, hundreds of factories, and many other businesses. Because of UMEHL’s unannounced massive profits Myanmar military spend around 300-400 millions US$ every year for new weapon systems as their goal is simply to become a self-sufficient military in the region.


Burma Navy nowadays also has one of the largest naval shipyards in the region. Frigates, corvettes, patrol boats, and missiles equipped FAC (Fast Attack Crafts) are being developed and built at that Rangoon Naval Dockyards.

Burma Army nowadays assembles 600 BTR 3 U APCs and 200 MT-LB MsH IFVs locally.  They even have an overhaul facility for MiG 29 SEs fighter jets. Their Defence Industries (DI) have been producing artillery pieces and all kinds of small weapons. They even produced trucks and utility vehicles.

Burma is rapidly becoming a powerful military power sitting on the South-Eastern border of South Asia and between two rival super powers India and China.

One particular new weapon system known to have been acquired by Burma Army since 1995 and showcased in the Wargame Anawyahtar was Type-81 122 mm MRLS (Multi Rocket launcher System) having the range of 8-20 kms and the capability of firing 40 rockets simultaneously or single individual rocket. 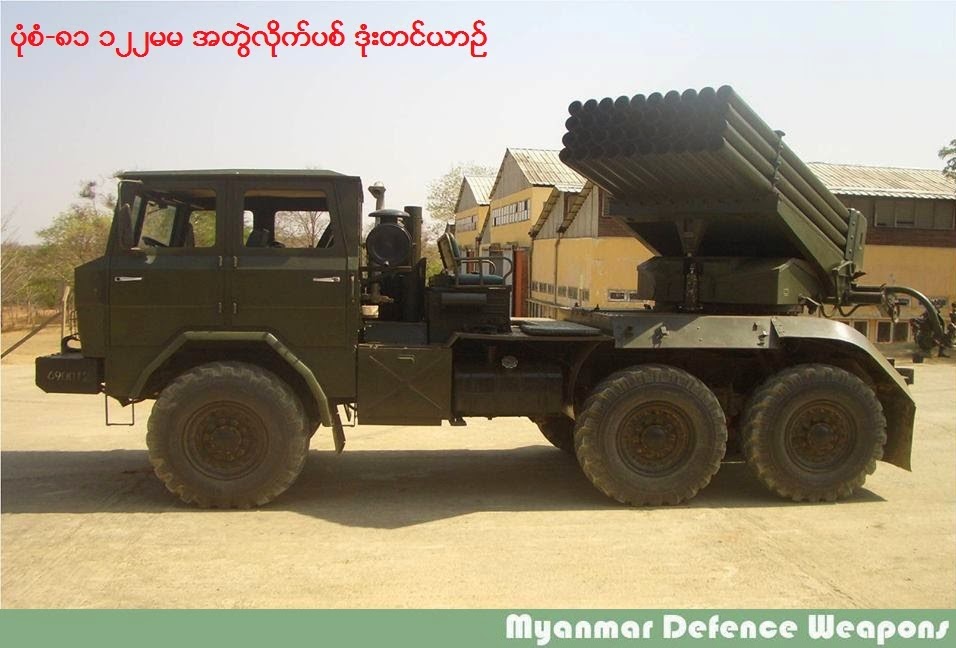 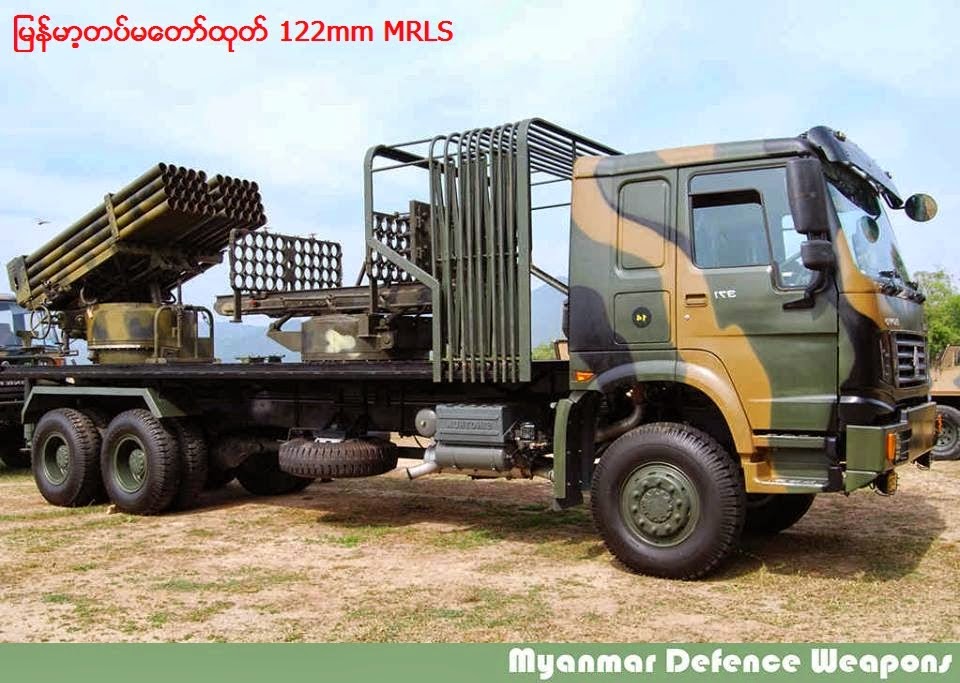 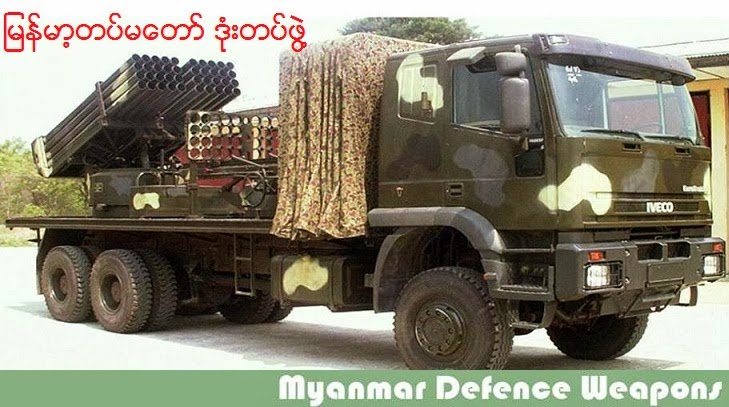 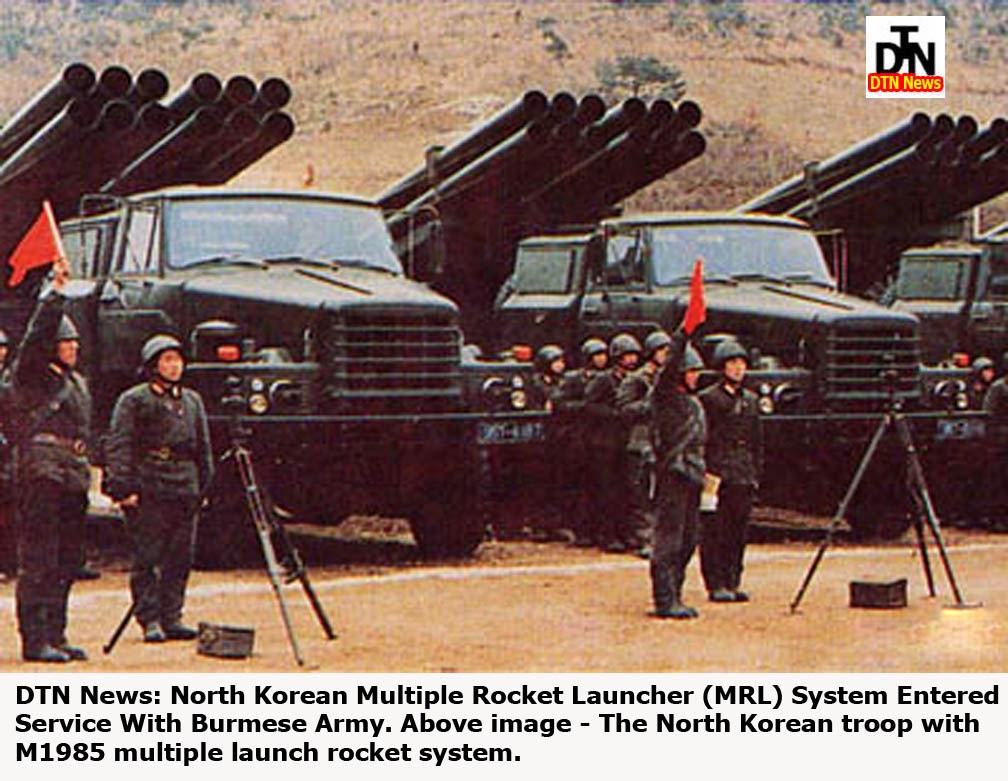 It is not clear when the multiple launch rocket systems were shipped from North Korea. However, military sources said delivery of rocket launchers mounted on trucks occurred several times in recent years.

According to GlobalSecurity.org, North Korea produces two different 240mm rocket launchers, the 12-round M-1985 and the 22-round M-1991. The M-1985 rocket pack is easily identified by two rows of six rocket tubes mounted on a cab behind an engine chassis. The M-1991 is mounted on a cab over an engine chassis. Both launch packs can be adapted to a suitable cross-country truck.

The Kang Nam I was believed enroute to Burma again in June 2009. However, it reversed course and returned home after a US Navy destroyer followed it amid growing concern that it was carrying illegal arms shipments.

However, more arms shipments from North Korea appear to have been delivered to Burma in 2009-2010. The latest report about a North Korean vessel's arrival was in April. The ship, the Chong Gen, docked at Thilawa Port.

Last week, the junta acknowledged that the Chong Gen was at the port, but it denied involvement in any arms trading with Pyongyang, saying Burma follows UN Security Council resolution 1874 which bans arms trading with North Korea. The junta said the North Korean vessel came to Burma with shipments of cement and exported rice.

Some experts have said North Korea is also involved in a secret relationship with Burma for the sale of short and medium-range ballistic missiles and the development of underground facilities. Other experts and Burmese defectors claim that North Korea is also providing Burma with technology designed to create a nuclear program.